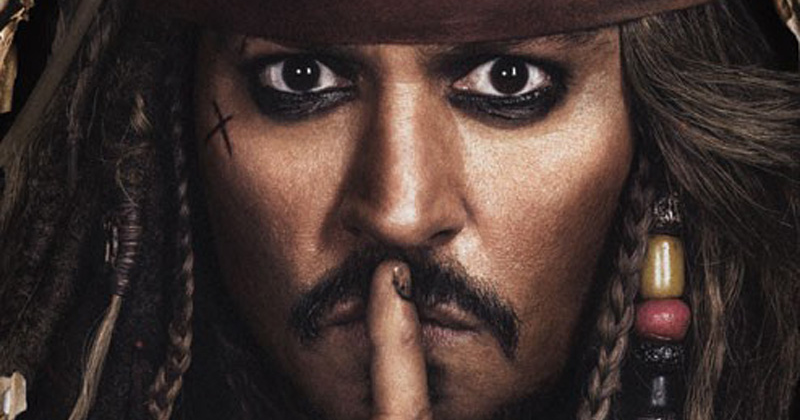 Despite the fifth Pirates movie being billed as “the final adventure” in trailers, a post-credits scene in Pirates of the Caribbean: Dead Men Tell No Tales hints at a sixth Pirates movie.

Post-credits scenes (or stingers) are becoming more and more common in tentpole feature films. The most famous use are the Marvel Studios films, which uses mid-credits and post-credits scenes to set up the next films in the franchise.

Now there’s word that Pirates 5 has a post-credits scene that could set up a potential sequel.

Do not scroll down if you have not seen the film and do not want to be spoiled.

The post-credit scene sees Will Turner (apparently no longer the captain of the Dutchmen) sleeping with Elizabeth Swann (apparently not dead.) There’s a storm outside, and the door creaks open to reveal a familiar visage…

Apparently Will Turner is visited by Davy Jones, back from the dead… the locker… or wherever he’s been hiding for the past few films.

Should a Pirates 6 be greenlit, then it’s very likely it will see the return of one of the series most popular villains.

What do you think? Would you like to see Davy Jones return, or was the character played out already? Personally, he was my favorite villain in the entire Pirates franchise, even if At World’s End was a bit of a mess.