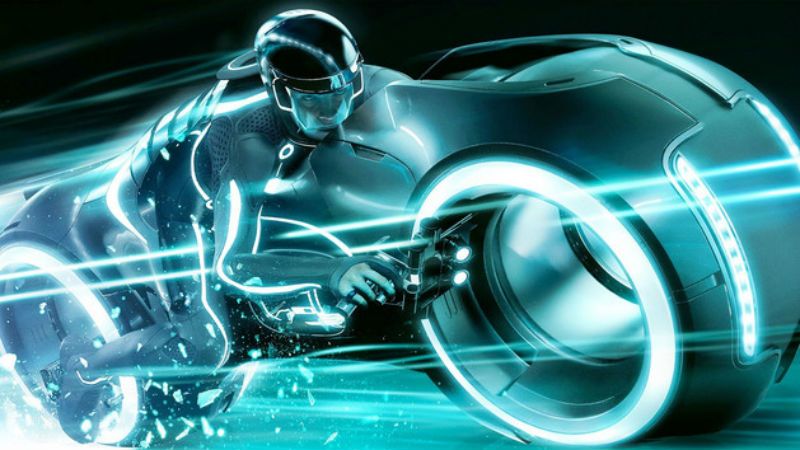 Last week we reported on a rumor that Disney was planning to clone Shanghai Disneyland’s TRON Lightcycle Power Run roller coaster in Walt Disney World. The rumor was that the coaster would take the place of the Tomorrowland Speedway and be part of a massive (and much needed) overhaul of Tomorrowland. Now other sources are seemingly confirming this rumor and reporting that Disneyland may also get a version of the ride system.

We first heard rumblings about the possibility of the TRON attraction coming Stateside on a few popular Disney fan forums way back in 2015, even before Shanghai Disneyland opened. Some Disney “insiders” felt that Disney was using Shanghai to prototype new ride systems for eventual inclusion in the U.S. Disney parks.

Fast forward to March of this year, and Jim Hill and Len Testa resurrect this rumor on the Disney Dish podcast.

Now WDW News Today claims that their own sources are telling them that preliminary design teams have been sent to Shanghai not only to bring the attraction to Walt Disney World, but possibly to Disneyland as well. The rumor being that the Disneyland version might replace the Innoventions building, and could possibly be re-themed as a Marvel attraction.

Keep in mind that all of this is speculation, and perhaps little more than wishful thinking on the part of Disney fans. But where there’s smoke, there’s (usually) fire. And judging by the amount of chatter about this lately (as well as the amount of traffic we got from Orlando and Glendale when we posted the rumor last week) I’m inclined to believe that Disney is at least thinking about it.

But does it have to be TRON Legacy?

An interesting twist would be to bring the ride system to the States, but to base the U.S. version on the original 1982 TRON film and not the 2010 sequel. Let’s face it, when most people think of TRON, they think of the 1982 classic and not TRON Legacy. While the sequel did moderately well at the box office, it wasn’t terribly well-received by critics and never reached the cult status of its predecessor.

Pair up the retro TRON coaster with a retro ’80s arcade / eatery (think Dave & Buster’s) and I think you’d have a slam dunk. Of course you’d have to call this place Flynn’s.

Another possibility is that the U.S. TRON coaster would be based on the rumored third TRON movie with Jared Leto. However, that could be years away and there’s no guarantee it will perform better than TRON Legacy.

TRON 1982 is a bonafide cult classic, and ties heavily into retrogaming culture… which is incredibly hot right now. If it were my money, I’d bet on classic TRON before Legacy, but hey, what do I know?

Either way, it’s highly likely that we’ll see some version of this ride system in one or both U.S. Disney parks within the next five years.

Clearly something needs to be done in Tomorrowland. It’s by far the weakest part of the Magic Kingdom, and is looking more and more like “Yesterdayville” with each passing year. Something like TRON could certainly put that land back on track to be at least based somewhat on the future and innovation.