Today was a day that will go down in Disney history. Several announcements came throughout the day, first the Disneyland Resort was closing. Then around 8:30 pm EST tonight, the final blow was given. I guess we shouldn’t have been that surprised. For days people have been expecting something like this to happen with Disney Parks, considering the global coronavirus crisis we have on our hands. Still, the thought of Main Street U.S.A. looking like an abandoned ghost town is extremely haunting.

As of this Monday, every Disney Park across the world will be closed. We’ll actually be living in a world without even a single operating Disney Park. Let that sink in.

Disney Cruise Line is also suspended until the end of the month.

The first bit of news came earlier this afternoon from Disneyland: 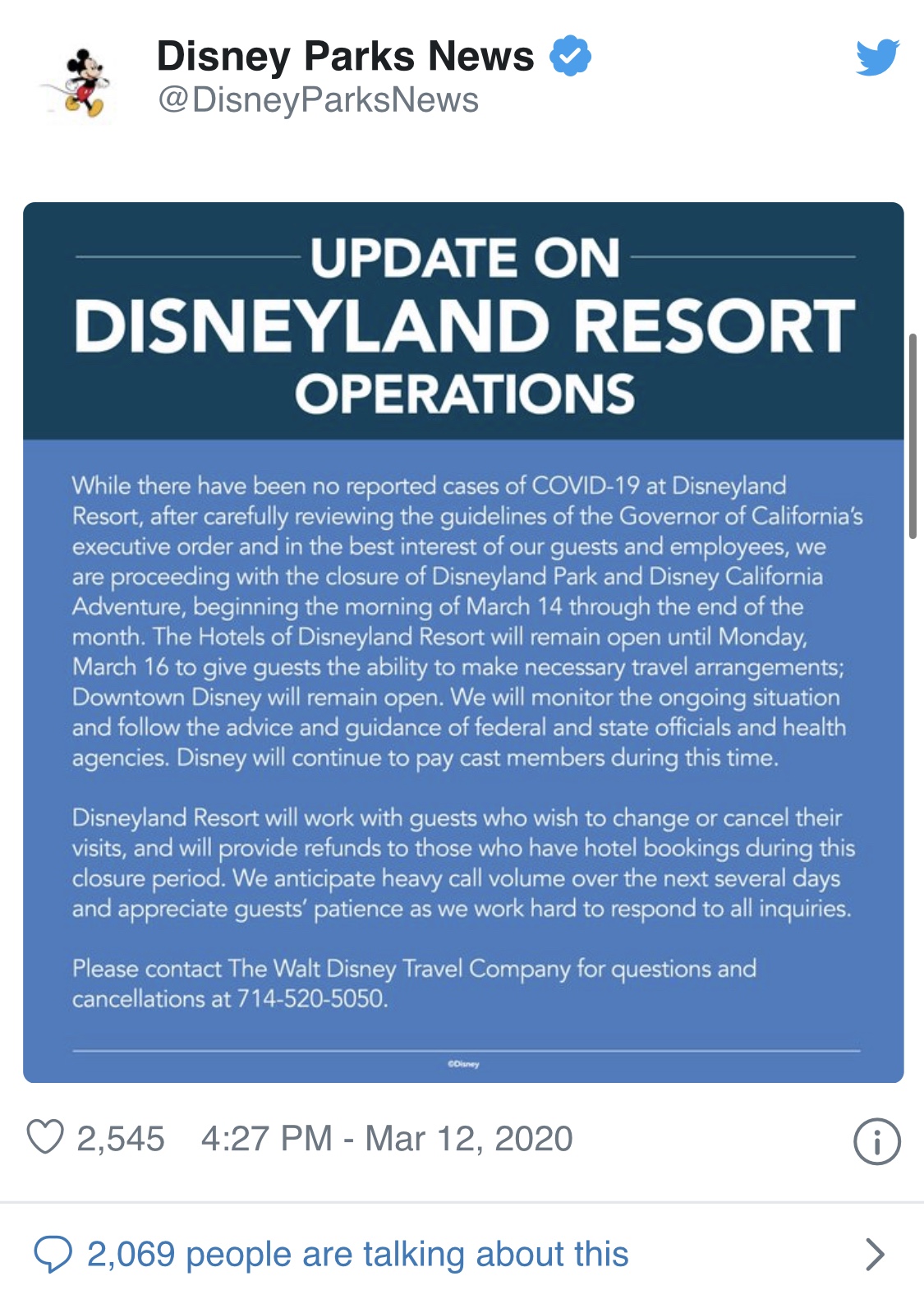 Later in the evening an update was released regarding the fate of the other parks: 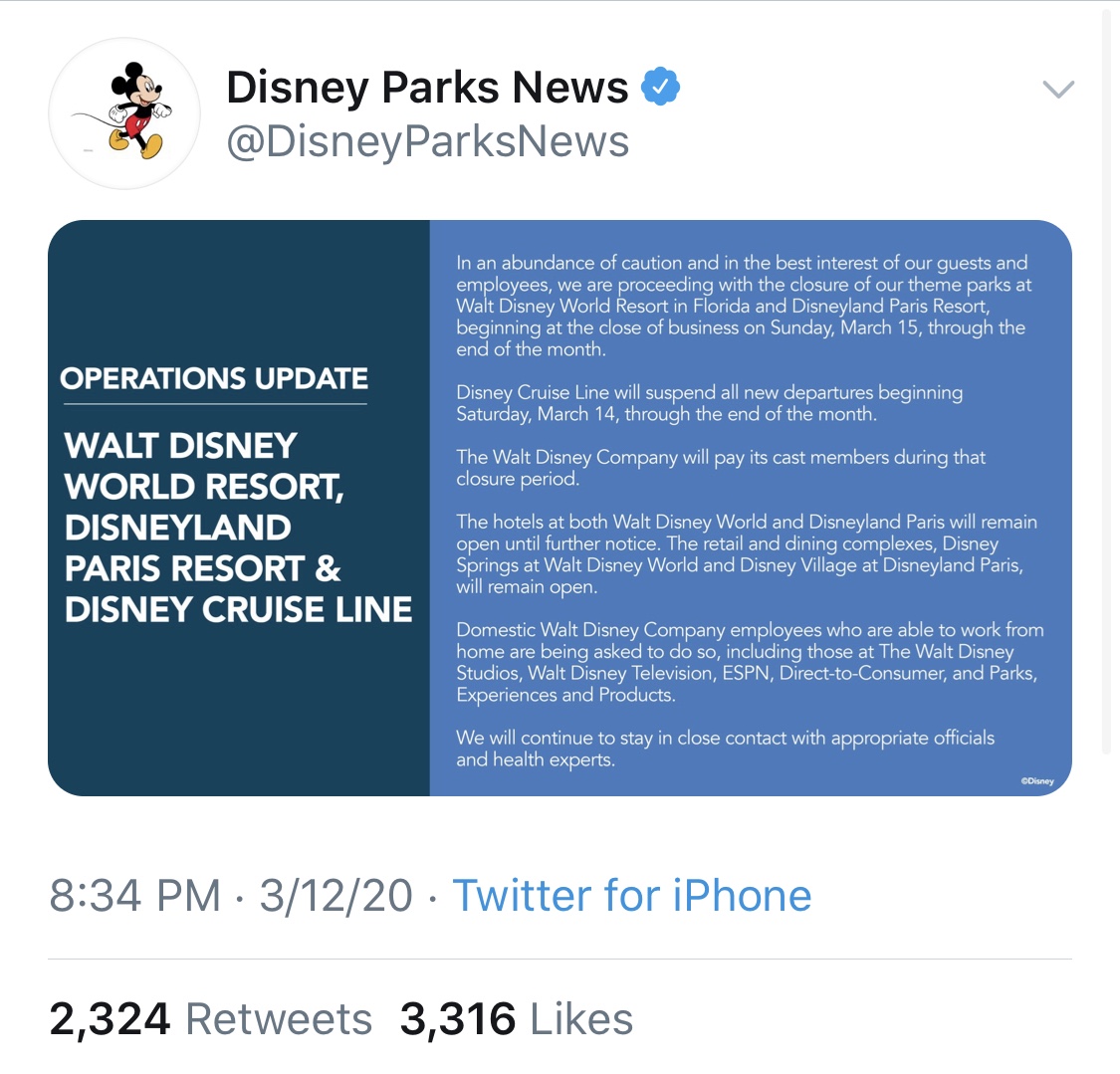 I’m sure the decision to close its parks and suspend their cruise ships wasn’t an easy one to make. But I believe it’s a decision that will potentially save lives. I support the Walt Disney Company and I know they made the right choice.