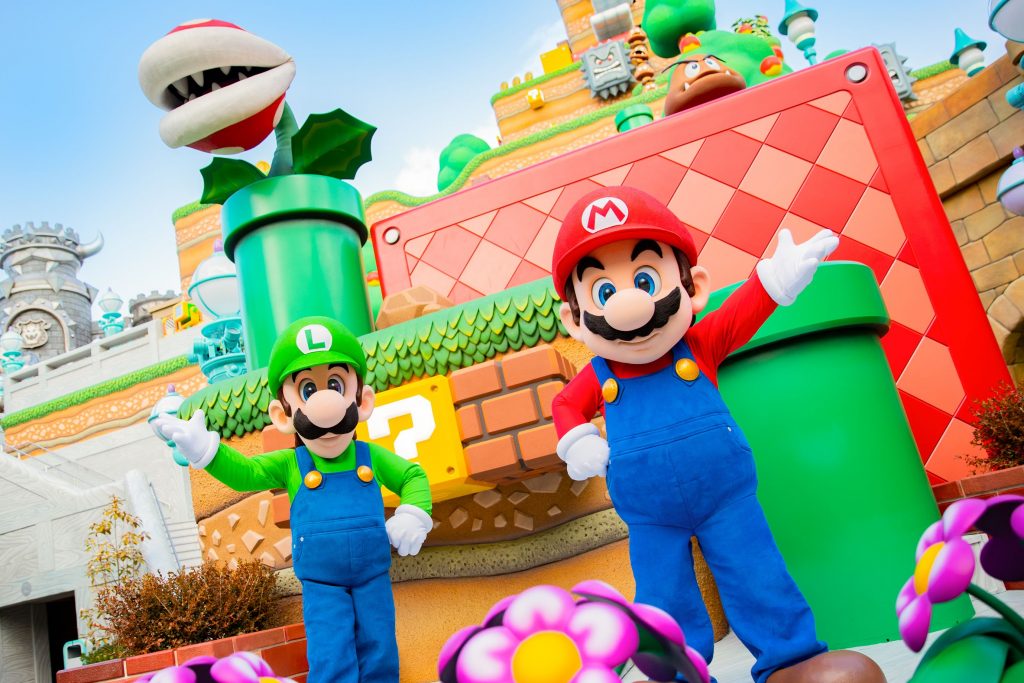 Super Mario fans jumped in Mario’s iconic pose and cheered “WE ARE MARIO!” while festive confetti burst into the sky to commemorate the occasion.

Guests then made their way through the warp pipe entrance and into the new immersive land. The moment guests were transported from the warp pipe into Peach’s Castle, they were captivated and expressed their excitement by posing like Mario and taking photos.

Nintendo and Universal Parks & Resorts Executives made the following statements:

“SUPER NINTENDO WORLD brings the world of Mario games to life. The moment you enter the park, you will be amazed at how real everything feels. But that’s not all. The creative team at Universal has not only done a great job recreating the Mushroom Kingdom, but they have also made some amazing rides. For the Mario Kart ride in particular, the teams at Universal and Nintendo worked closely together to build something that’s never been seen before, by combining our extensive industry knowledge and utilizing cutting-edge technology. I am excited for fans of all ages to experience the world of Mario in all-new ways.” 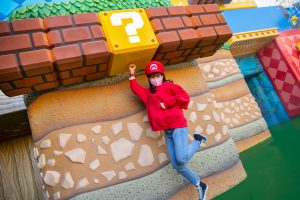 “SUPER NINTENDO WORLD is the perfect blend of Nintendo games and theme park experiences, and brings the world of these incredibly popular games to life. This will surely amaze and delight not only fans of the park, but also Nintendo fans around the world. We look forward to sharing SUPER NINTENDO WORLD with our fans in Japan and bringing the experience to life at other Universal theme park destinations in the future.”

“SUPER NINTENDO WORLD brings the world of Nintendo to life in an incredibly special way and offers a wide range of activities made possible by innovative technologies and creativity unlike anything seen before! Our amazing partnership with Mr. Miyamoto means that many of his ideas are packed into every corner of this land for our fans to explore on their own.”

Guests Will Unleash Their Passion to Play at SUPER NINTENDO WORLD

“SUPER NINTENDO WORLD makes its debut as the first multi-level land at Universal Studios Japan, where Peach’s Castle and Bowser’s Castle tower over the area. It features rides and attractions themed after Mario Kart and Yoshi, as well as dining, shops and other experiences that can only be found at Universal Studios Japan. SUPER NINTENDO WORLD also provides guests with an all-new type of “Asobi” play experience where they will jump, punch ? Blocks and collect virtual coins. Guests can purchase a Power-Up Band in the land and sync it to their smartphones to track their score and compete with other park guests. At Key Challenge attractions around the land, guests can collect keys, gather character stamps and more using their entire bodies in dynamic activities. Families and friends will unleash their passion to play in the new SUPER NINTENDO WORLD.”

The world’s first interactive Mario Kart theme park ride at SUPER NINTENDO WORLD immerses guests in the worlds of Nintendo. Guests will race through the iconic courses of Mario Kart with their favorite Nintendo characters and be transported into Nintendo worlds where they’re not just playing a game, they’re actually being immersed in it. They will steer into the Mushroom Kingdom and throw shells as they race to the finish line with Mario, Luigi, and Princess Peach! Win or lose, every race is a brand-new, life-sized Mario Kart experience. Mario Kart: Koopa’s Challenge is brought to life through a powerful story and characters, advanced augmented reality technology, projection mapping, and screen projection combined with a physical set that recreates iconic environments in fantastic detail, only at Universal Studios Japan.

Universal Studios Japan located in Osaka, Japan, has succeeded in establishing its position as a prominent entertainment and leisure landmark drawing many guests from distant areas in Japan as well as overseas. “Bringing You the Best of the World” – a theme park where its guests can have the world’s best experiences and create the world’s best memories, Universal Studios Japan offers world-class entertainment such as authentic attractions and shows, based not only on Hollywood blockbusters but also popular entertainment brands, and a variety of seasonal events entertaining its guests to the fullest.

Universal Studios Japan has continued to evolve since its opening and has recently accelerated its growth with the launch of world-class entertainment experiences such as The Wizarding World of Harry Potter, The Flying Dinosaur, Minion Park, the Despicable Me Minion Mayhem Ride and SUPER NINTENDO WORLD, a new area where you can enjoy entertainment based on world-renowned Nintendo characters and their worlds.

The health and safety of guests and team members will always be top priority at Universal Studios Japan. USJ has continuously engaged with the industry and various associations to establish and update the “Novel Coronavirus Spread Prevention Guidelines for Theme Parks and Amusement Parks.” Please check the official website: (https://www.usj.co.jp/web/ja/jp/service-guide/safety) for details. 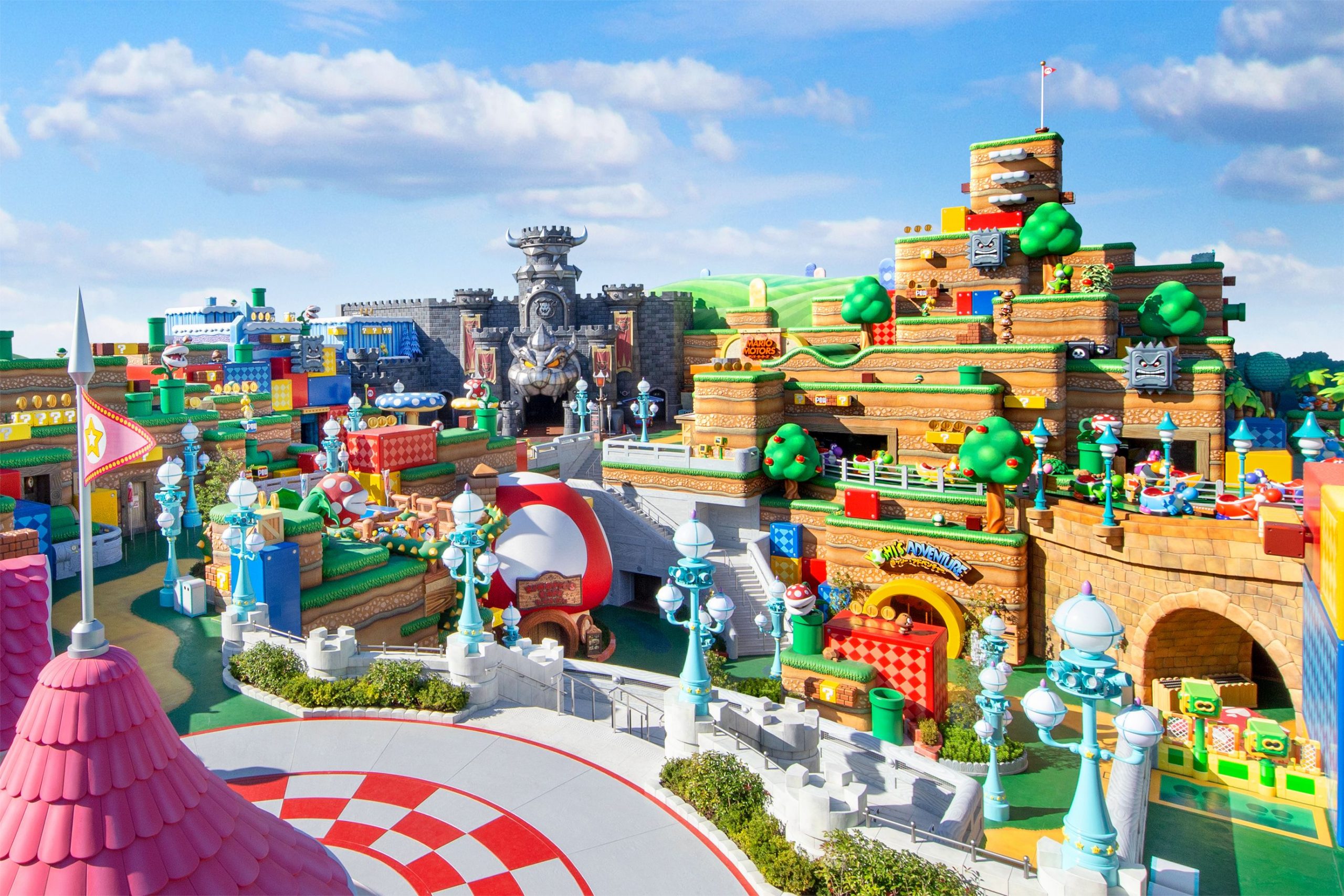 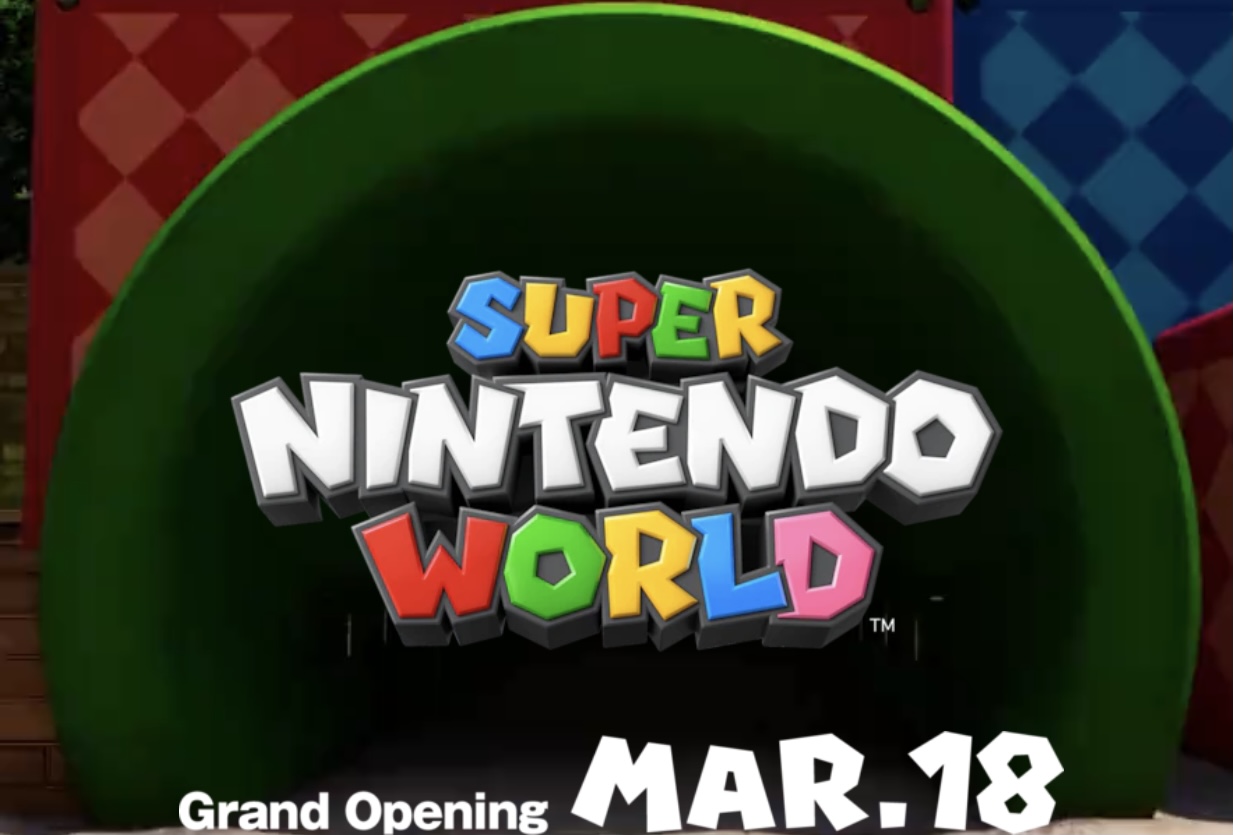 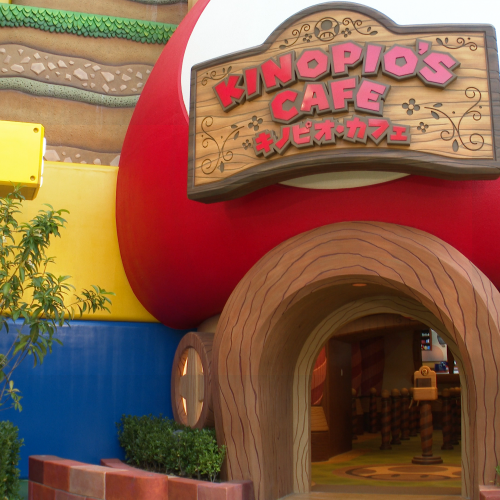