Josh D’Amaro, the Disney parks chairman gave an update regarding the entertainment offerings after his updates earlier today. The main topic at hand is of course The Walt Disney World Resort 50th Celebration, the company is hearing the outcry of messages from guests who want to see more live entertainment throughout the parks.

Guest are missing the opportunity to meet Mickey and Minnie even if it is just for a #selfie. D’Amaro acknowledged the problem and vowed to guests to bring some of it back. Other global theme parks as well as local ones are doing socially distanced meet and greets, meanwhile The Walt Disney World resort is still behind on this trend with only offering mini parades aka cavalcades.

D’Amaro stated “We’ve heard from many of our guests that they’re looking forward to us bringing back some of the entertainment that we recently had to discontinue. And we plan to do that,” My question is why discontinue the entertainment in the first place just to bring it back? These bold statements are being given with no further details being provided. The IAAPA Virtual Conference that was held today provided a lot of clarity on many other topics of conversation, with little to no answers for the entertainment department something so many people are waiting to hear about.

The Walt Disney Company has recently laid off more than 28,000 Cast Members with more than 20,000 just from the Central Florida location. Equity performers were a large portion of cuts that were made, with so many talented people being let from locations like “Finding Nemo: The Musical” and “Festival of the Lion King” these shows have been shut down since the beginning. However, take a walk through Epcot and you can see for yourself that they are still using the World Showplace Stage for performances meaning you can take a seat and watch a show (these shows are not official theater performances however they are still seated productions). Therefore, why are we cutting some shows and not others Disney? Why are picking what entertainment to stay and what to keep please tell the guest why you are doing what you are doing.

We understand that things are difficult. Every theme park is struggling; it is not just you Disney! D’Amaro took a lot of heat today when he was stressing how the company is facing major financial challenges from the coronavirus pandemic. However, he stated that they are strong enough to make it through and rebound themselves through reinventing how they run things. “I believe that a crisis also creates opportunities for us to reinvent ourselves, to think of our business and our industry in brand new ways,” said D’Amaro.

Well, said, however what about many other competitors like Universal they have reinvent themselves by providing so many more opportunities for entertainment. Everywhere you turn you can catch a glimpse of a character, meet the Grinch, talk to the Whos in Whoville, do a walk through to still see the Macy’s day parade balloons. Oh did we mention you can take selfies with Santa oh wait there is even more we could go on. Everything felt normal even though it was a tad different this year. Okay, Disney we are asking you what is your plan for 2021 and the 50th? Because, we miss seeing the smiling faces of entertainment across your parks and we do not want to keep waiting. Why only provided the cavalcades we ask you? They just are not cutting it anymore time to take in the trend and move forward. What was that quote Walt used to say “The way to get started is to quit talking and begin doing” Disney it is time to quit talking and start doing we miss seeing Mickey and Minnie and so many other familiar faces. 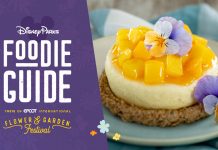 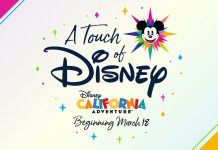 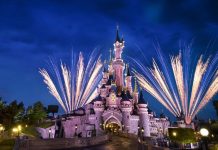 NEWS: ANNOUNCEMENT MADE REGARDING THESE DISNEYLAND PARIS EVENTS! 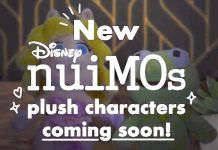 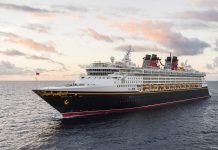 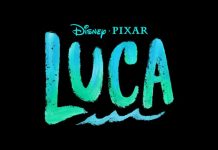 Sip and Sample Your Way Around the World at The Seven...

Shopping in The Wizarding World of Harry Potter at Universal Orlando...

Check Out the Villas at The Grand Californian Hotel and Spa!