With Pixar Fest already in going and the Pixar Pier opening on June 23, Disneyland is the place to be!

Now it just got more tasty with the opening of the Adorable Snowman Frosted Treats stand in the Disney California Adventure Park.

Inspired by the Adorable Snowman from Monsters Inc., this new frozen treats stand offers some amazing options! You can cones and cups of soft-serve in chocolate, vanilla, and non-dairy lemon flavors, as well as some specialty treats like the Pixar Pier Parfait. This parfait features a non-dairy lemon soft serve and blue raspberry frozen beverage. Or you could try the Snow-Capped Lemon, non-dairy lemon soft serve with a “snow cap” made of white chocolate!  There are also a selection of fountain sodas and an option to create floats with your choice of soft-serve flavor. 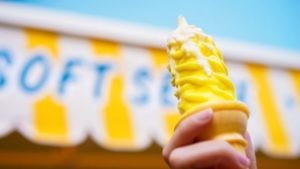 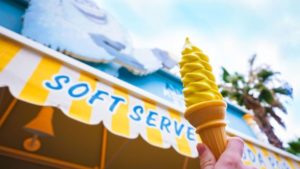 Make sure to stop and give it a try!

Pixar Fest is going on right now at the Disneyland Resort and the Pixar Pier will open in Disney California Adventure on June 23.

Disney to Live Stream ‘Together Forever – A Pixar Nighttime Spectacular’...