For the first time ever, Marvel Avengers Campus will open in Europe! Guests will get to live their very own heroic story in a newly reimagined universe dedicated to training the new generation of heroes! In Disneyland Paris, guests are invited to suit up and join the adventure by slinging webs with Spider-Man, and taking to the sky with Iron Man & Captain Marvel! As part of the 30th  Anniversary celebration of Disneyland Paris, Marvel Avengers Campus is the latest milestone in Walt Disney Studios Park’s multi-year transformation plan. In perfect pairing with the now-open Disney Hotel New York – The Art of Marvel resort, Disneyland Paris will be the ultimate destination for Marvel lovers to immersively experience their favorite stories and characters!

Avengers Campus has been created by Tony Stark himself to discover, recruit and train the next generation of Super-Heroes. For the first time, recruits will be empowered to take an active role
alongside the Avengers. To fulfill this promise, Walt Disney Imagineering teams in Paris and around the world have worked side-by-side with teams that brought the Avengers films, television series, and comics to life. Together, they have designed and created a brand-new place in the Marvel multiverse that champions the inner Super Hero that lives in all of us. In fact, regardless of whether they are deep dive Marvel fans or come new to the Super Hero world once they enter Avengers Campus, they all become recruits, ready to take the next step in their heroic journey!
Imagine helping Spider-Man on a mission where you can shoot webs from your wrists, saving the universe at high speed along with Iron Man and Captain Marvel, training with Okoye and the Dora
Milaje, seeing Black Widow fight evil forces, dancing with the Guardians of the Galaxy… and so much more! During their “Adventure with a capital A”, recruits will be able to gear up like some of their favorite Super Heroes with an exclusive shopping experience and of course, refuel like the Avengers would with various delicious eats and treats at restaurants PYM Kitchen, Stark Factory and even more!

Recruits will have the opportunity to meet Spider-Man, Iron Man or Captain Marvel in a new dedicated building unique to Avengers Campus in Disneyland Paris, the Training Center. For the first time in a Disney Park, a dynamic “freeze frame” video sequence, created by Disney PhotoPass™ with 27 cameras all around the action, can capture these meetings with Captain Marvel or Iron Man and turn them into unforgettable moments. These special encounters will be available for booking through the Disneyland Paris mobile app. New recruits of all ages will be able to encounter heroes outdoor throughout their visit in more interactive and exciting ways than ever before. They will get the chance to train with Black Panther’s loyal protectors, the Dora Milaje, and learn from the warriors of Wakanda on what it’s like to be a member of this elite royal guard. Saving the world can also be fun as recruits will have a chance to try on their best dance moves during an interactive dance-off with Star Lord and Gamora from the Guardians of the Galaxy. The Gateway Portal will also give recruits the chance to capture the moment when they will meet one of the many
Super Heroes of Avengers Campus. “F.R.I.D.A.Y.” the famous Artificial Intelligence designed by Tony Stark himself will be watching out and interacting with the Earth’s Mightiest Super Heroes. Uploaded to the building façade of AVENGERS ASSEMBLE: FLIGHT FORCE building – the Avengers Headquarters – she will also welcome recruits to the Campus, monitor it for threats, and signal the arrivals and departures of Avengers. F.R.I.D.A.Y.’s presence will be exclusive to Disneyland Paris.

Exclusive to Disneyland Paris, AVENGERS ASSEMBLE: FLIGHT FORCE is every Super Heroes fan and thrills seeker’s dream come true. On this high-speed rollercoaster, recruits will team up with none other than Captain Marvel herself and the one and only Iron Man. Recruits will be briefed by Iron Man himself, equipped with a brand-new Mark 80 armor exclusively designed for his missions at Avengers Campus. With no time to waste, they will have the opportunity to team up with the two Avengers on a high-speed mission. They will embark and fly up through space in a vehicle that Stark has equipped with a homing device, to lure the threat away from planet Earth.

SPIDER-MAN W.E.B. ADVENTURE is a new generation of attraction where recruits of all ages will be given web-slinging superpowers. A feat accomplished with innovative technology created specifically for this attraction. The mission: team up with Spidey and help capture the out-of-control Spider-Bots – Peter Parker’s robot sidekicks – before they wreak havoc on the Campus. 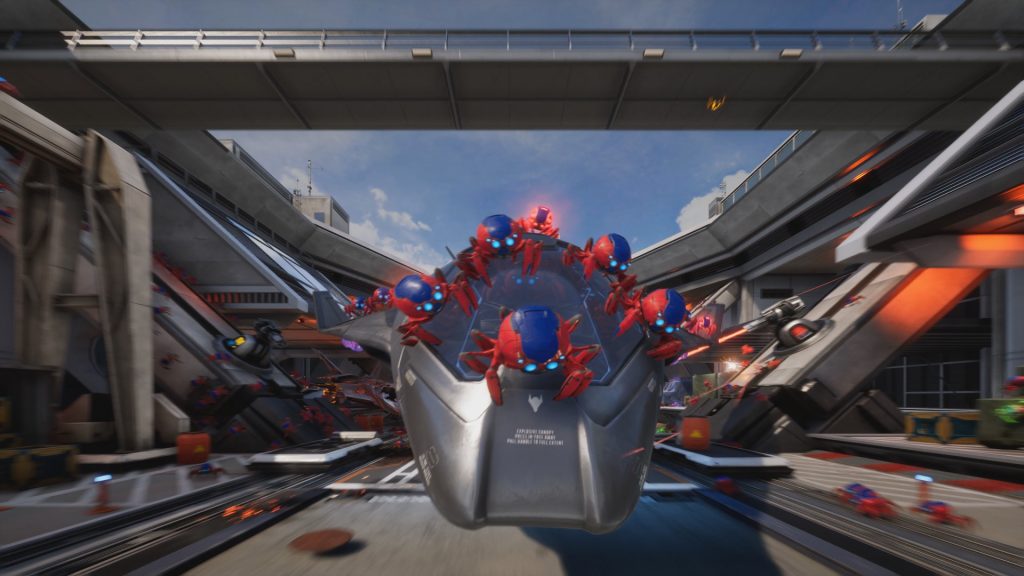 Mission Equipment shop will be the place to pick up a great range of campus gear, including official Avengers Campus and WEB – Worldwide Engineering Brigade – supply. WEB Tech accessories will make recruit’s experience even more special. SPIDER-MAN W.E.B. ADVENTURE is the first Disneyland Paris attraction allowing recruits to customize their experience onboard, using WEB Tech accessories. For additional powers and customized experience, check out the WEB Tech accessories available at Mission Equipment shop, located inside the building of the attraction. With the purchase of WEB Power Band, recruits will have access to advanced functions like a multi-firing web option while battling those Spider-Bots on the loose inside SPIDER-MAN W.E.B. ADVENTURE. 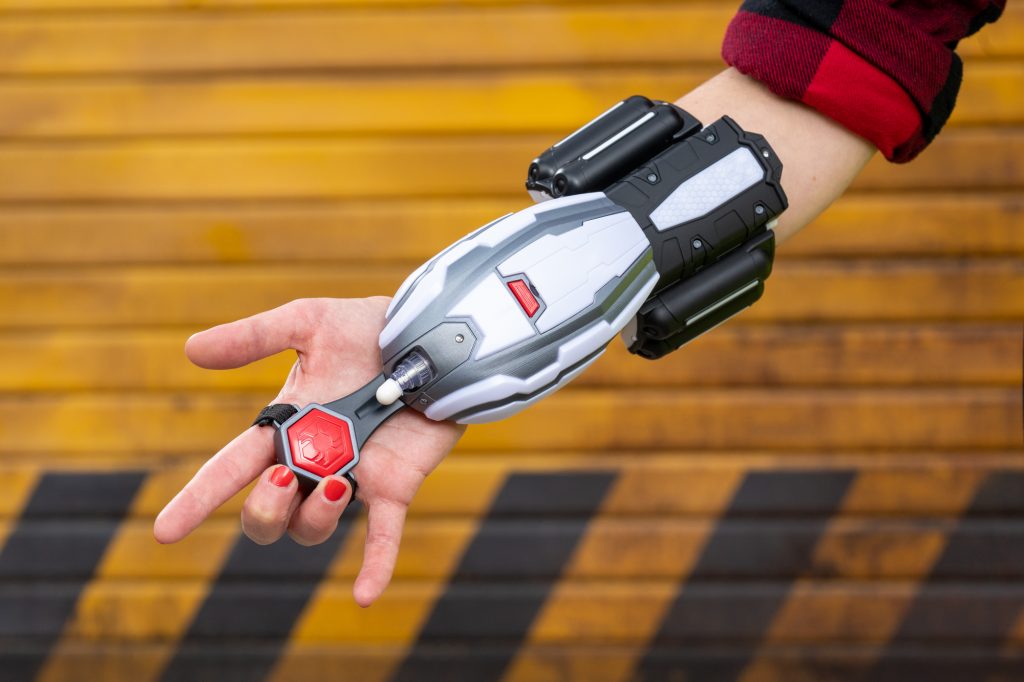 Every Super Hero needs a friendly sidekick to help protect their neighborhood. Spider-Bots place recruits in the driver’s seat, allowing them to command their own Spider-Bot and battle opponents,
with programmed combat and defensive abilities. 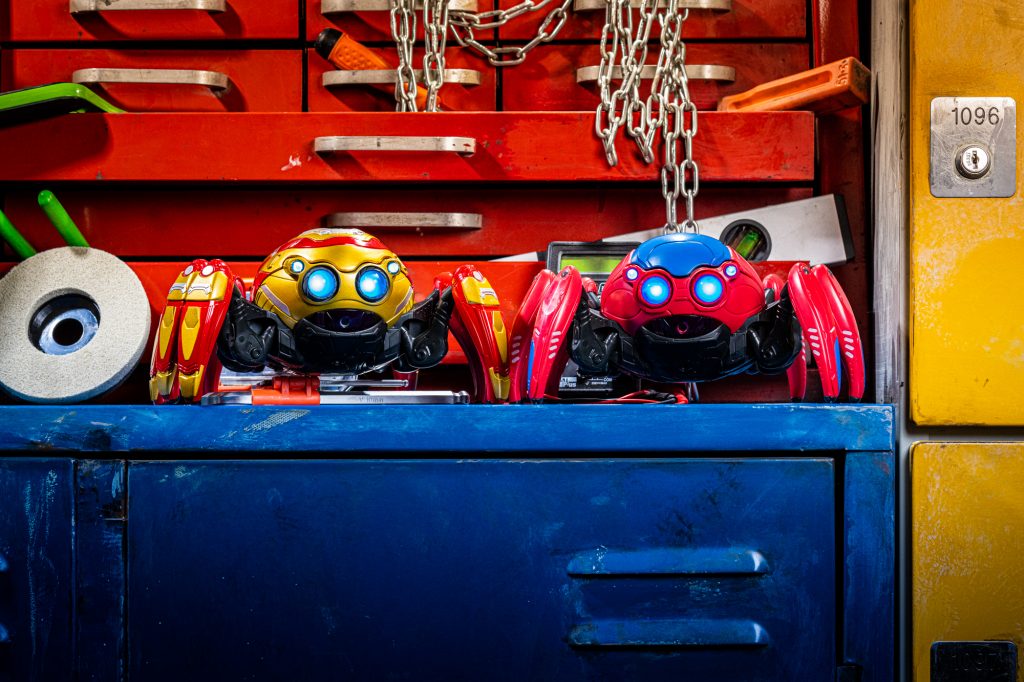 PLAY AND STAY FOR A FULLY IMMERSIVE GETAWAY
Disneyland Paris will offer the ultimate Marvel experience from sunrise to sunset for guests who stay at Disney Hotel New York – The Art of Marvel. Opened June 2021, the guest experience is taken to the next level with a holistic, 360-degree approach to storytelling, including the Super Hero Station, which will offer Heroic Encounters with Captain America and Black Widow as of Marvel Avengers
Campus opening; and the Hero Training Zone, an outdoor field with dedicated areas for a variety of sports activities that can be enjoyed by guests of all ages. With 350 pieces of artwork created by more than 110 artists from Europe and beyond – including 50 exclusive pieces – it is one of the largest publicly viewable collections of Marvel art in the world. 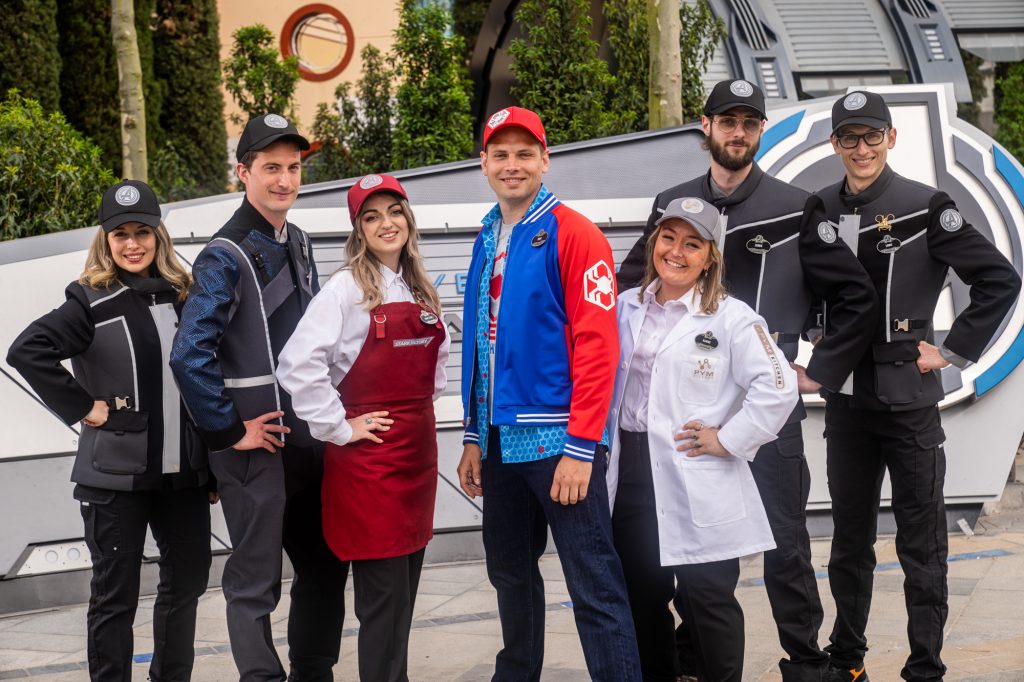 More than 450 Cast Members known as Campus Personnel are being discovered, recruited, and trained to operate Marvel Avengers Campus. They will play a key role at the heart of the recruit’s
experience to bring this parallel dimension of the Marvel multiverse to life like never before. Guests or “recruits” will enjoy truly interactive, next-level storytelling as Campus Personnel introduce them to new stories and train them for missions taking place across the campus, creating moments of adventure and discovery that will drive all recruits of all ages to action! 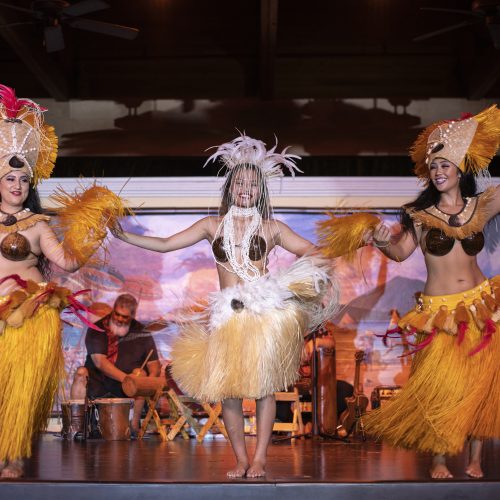 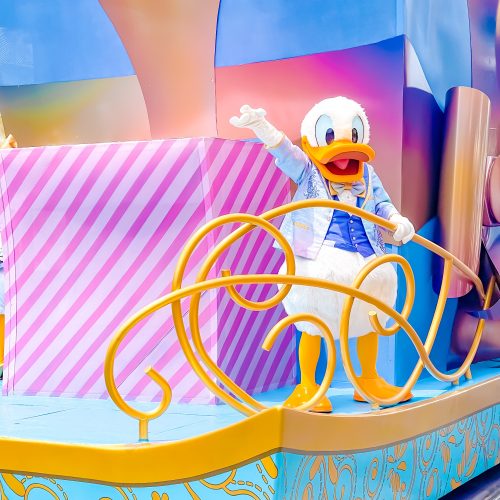 10 Fun Facts about Donald Duck on his 88th Birthday! 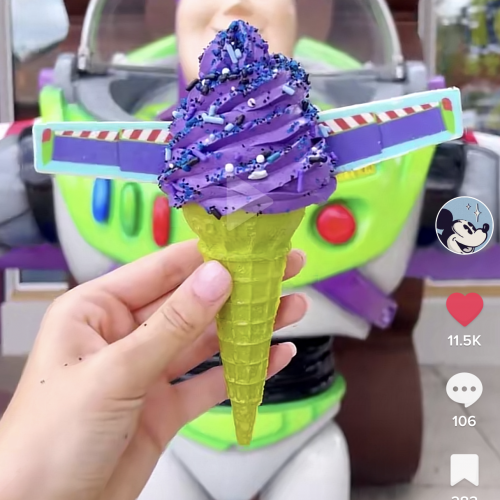