Walt Disney World is closed indefinitely. There have been layoffs, and there will most likely be more. All construction on WDW property has been shutdown. Still, that doesn’t stop the mouse from a land-buying shopping spree. Today, news broke that the Walt Disney Company has purchased more than two dozen acres of land near the western edge of the Magic Kingdom for a little over one million dollars.

The Orlando Business Journal reports that Celebration Co., The Walt Disney Company’s real estate development division, spent $1.05 million on 26.3 acres of land on the southeastern shore of Reedy Lake, just west of the boundary to the Magic Kingdom park. 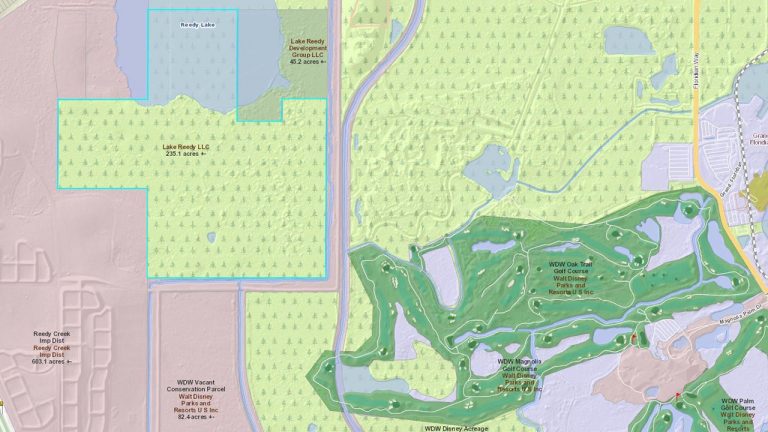 The question on all of our minds is, why the big purchase? The Orlando Business Journal said, “Disney’s real estate deals can be for various reasons, including freeing up conserved land at its current resort or gathering what it can for future growth plans.”

It’s been speculated they’re looking to build another theme park. Especially since Universal Orlando will be opening its Epic Universe in the next few years. Most likely, it’s for a less exciting reason. It’s more likely that it’s just another way Disney is living up to their commitment to conservation while developing elsewhere on their property. Disney has invested millions and is working with the Florida Department of Environmental Protection, Florida water management districts, and groups like Audubon of Florida and The Nature Conservancy on the 12,000 acres Disney Wilderness Preserve, and the company has set aside nearly one-third of its land at Walt Disney World as a dedicated wildlife conservation area.

It seems as though Disney has been on a spending spree with land since 2018. What do you think the reason is? I believe it’s for conservation, but if it were for a new theme park, I’d love to see one devoted to the Disney Villains!

The Great Debate: Should Disney Passholders Still Be Required To Make Their Monthly Payments?
Make Your Own Disney Skyliner (FREE Printable)