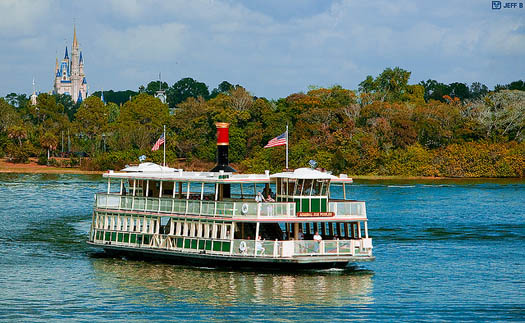 Update 11:54 PM- According to the Orlando Sentinel, the Orange County Sheriff’s Office has said stated that the incident was a suicide attempt.

The guest in question is a 56 year-old female, but officials have not released the name or reason as to why she would attempt to take her own life. We do know that she boarded the ferry with people she knew and was rescued within 10 minutes of jumping. The guest was taken to a nearby hospital for treatment and further evaluation.

If you or someone you know is struggling with suicidal thoughts, call the National Suicide Prevention Hotline at 1800-273-8255.

ARTICLE FROM EARLIER THIS EVENING:

Within the past hour, several reports have emerged on social media that a woman riding the ferry has fallen overboard and into the Seven Seas Lagoon earlier this evening.

We began following the story via Orlando Theme Park zone. They reported their incident on twitter and their website.

Here’s what we know:

Sometime around 7:00 PM- News breaks that a woman riding the WDW Ferryboat, falls from the top deck and into the Seven Seas Lagoon.

7:40 PM- A guest by the name of Rachel Thompson, tweets the following message to Orlando Theme Park Zone;

“I was on the boat when this happened. She fell off the top deck and was rescued by a rescue boat. She was about 300 yards from the ferry when she was rescued.” [email protected]

Orlando Theme Park Zone also reported they received a comment on the article from someone else who was on the ferry and they had this to say;

“She did not fall, she jumped willingly off the railing. She sat on the railing and it looked as if though she was going to stay there, but she pushed herself off the railing into the water below. She was not pushed, since there was no one around to do so, and i was around 5-6 feet away when the incident occurred.”

UPDATE AS OF 9:41 PM- Many guests who were on the ferry are reporting that this was a suicide attempt. One eye witness, who was on the ferry at the same time, commented on our Facebook post and had this to say;

“We started hearing people yelling “man over board” and everyone went running to the back of the boat where we were standing. No one knew if the person had fallen or jumped and no one knew if it was an adult or child, at first. Lots of people were ready to jump into the water, but lots of people were holding them back. You, eventually, saw the persons arms waving around in the water. Lots of scared people on the boat and a lot of crying and scared children. Thankfully, the woman was rescued within about ten minutes.”

Walt Disney World has yet to comment on the situation. We will continue to update you as the story unfolds. Make sure you follow The Kingdom Insider on our website and social media.