With the recent announcement of major construction coming to Disney’s Caribbean Beach Resort, Disney has announced that they are offering a credit to guests who will be staying there during the renovation project.

With amenities such as the food court and shops being closed, Disney has officially informed travel agents that guests who book a stay at the Caribbean Beach Resort before March 20, 2017 will receive a $75 Disney gift card per night of their stay to compensate for the inconvenience. The gift cards will be given to guests upon check-in, and the offer is good for arrival dates of May 1, 2017-June 30, 2018. 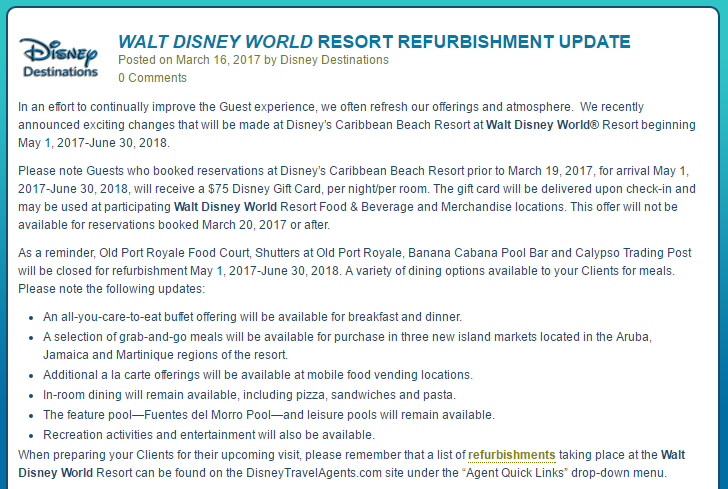 According to Disney, the inconvenience for guests will be slight as there are plans for “grab and go” meal stations, a buffet and more. While not officially confirmed, there’s a rumor that Disney may deploy themed food trucks, such as those spotted in Fort Wilderness.

The details of what exactly this renovation project will entail are still under wraps, but will involve moving and expanding the dining and shopping options at the resort. Rumors have been circulating for weeks that the renovation may also include the addition of Disney Vacation Club villas and a new aerial gondola transportation system. 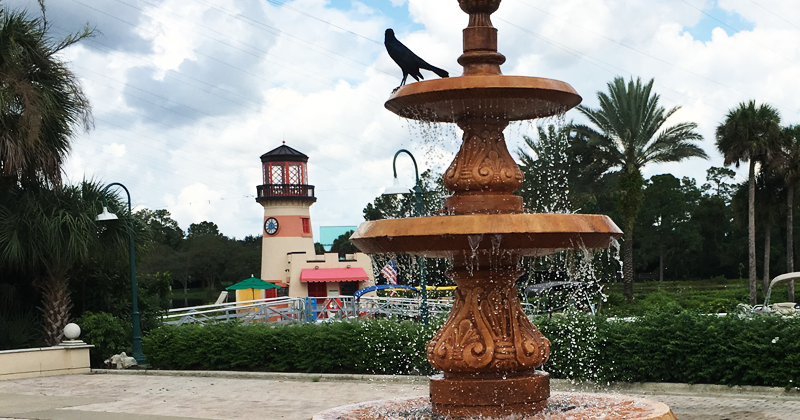 To take advantage of this offer, contact your Disney travel agent before March 20, 2017.