Today is the anniversary of 1998’s ‘The Parent Trap’! I know this was one of my favorite Disney comedies growing up and the movie now has nostalgic Millennials quoting the movie and practicing the secret and complicated handshake. Hallie and Annie did also inspire my obsessive love for Oreos and peanut butter!

12 year old Lindsay Lohan played both Hallie and Annie in the movie which rocketed her to stardom. There was something so intriguing about these two polar opposite identical twins meeting at summer camp, not knowing the other one ever existed.  The heartwarming story of two young girls switching places and conspiring to get their parents back together is one that will forever make all generations laugh, cry, love, and of course despise Meridith Blake, the to-be step-mom played by Elaine Hendrix.

Interestingly enough, The Washington Post says that over the years, many viewers have revised their initial opinions of the Meredith, movie’s “villain,” who was actually a wildly successful young woman trying to marry the man of her dreams. She has also become a meme, as people point out that they are not nearly as successful in their 20s as she was:

Give the Parent Trap the Maleficent treatment.

Show us Meredith Blake's side to the story dealing with evil red-head twins. pic.twitter.com/RZR1AQJWC2

To the delight of fans, the cast of ‘The Parent Trap’ reunited earlier this week!

Dennis Quaid, who played the dad Nick Parker, kicked off the conversation by recalling his initial meeting with a young Lohan. “I had such a blast doing this movie. The first thing I remember was meeting Lindsay at, I think it was some kind of a screen test. I remember thinking, ‘Oh my God, that’s one of the most talented people I’ve ever met, period. Forget that she’s 11 years old,'” said the actor, who played Lohan’s character’s father. “And then I actually thought that there were two girls — I really did! — because your accent was so perfect.”

Lohan added, “I was so young, and it was just so fresh for me. It was my first movie audition. It was my first screen test, my first time in front of people like Nancy and Charles and on a soundstage.”

Katie Couric, who was hosting the reunion, also asked Elaine Hendrix about portraying Meredith Blake, the gold-digging antagonist who nearly ruins Hallie and Annie’s plan to get their parents — Quaid’s Nick and the late Natasha Richardson’s Elizabeth James — back together.

“Let’s talk about this because, at the time, yes, she was a nightmare,” said Hendrix, before pointing out her recent surge in popularity with millennial women. “But Meredith has really come around now. There’s the whole generation who thinks Meredith is #goals. There was this online campaign and hashtag #JusticeforMeredithBlake. And I’m like, right on, yes! Meredith is getting her dues.”

Later in the conversation, Lohan also explained how she was able to transition between playing each character. “Once Annie’s long hair was on, it felt very different for me. And I feel like — I don’t know if this goes for all actors — but once you put a wig on someone, you feel different,” she said. “You’re stepping out of your comfort zone and you kind of become the other character. I feel like people almost treated me differently when I was Annie because Annie was so much nicer, and Hallie was kind of like me.”

When asked to share their favorite scenes, Quaid said he had fun falling into the pool as Nick near the end of the movie, while Hendrix pointed to Meredith’s ear-shattering screams when she awakened on an air mattress in the middle of a lake. Lohan brought up a more touching moment from the film: when Annie (while pretending to be Hallie) secretly meets Nick for the first time, telling him how much she missed her dad while being away at camp. Both Quaid and Lohan then re-enacted the memorable driving scene, reading their lines over the video call.

The conversation ended with each participant describing The Parent Trap‘s enduring impact. “It’s a good script. And it’s funny and it’s charming and it’s warm and everybody can watch it. It’s ageless,” said Kunz, while Quaid remarked, “When it comes down to it, this movie just had some sort of stardust that was sprinkled on it.”

Nancy Meyers, the writer and director, said that the film’s key advantage was the “spectacular” cast — especially its young leading lady. “Everybody in every part was right on. And also, Lindsay Lohan, we discovered a big star, ” she said. “We discovered somebody that everybody fell in love with.”

You can watch the full reunion video here: 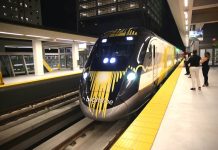 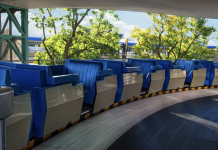 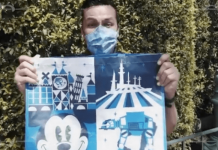