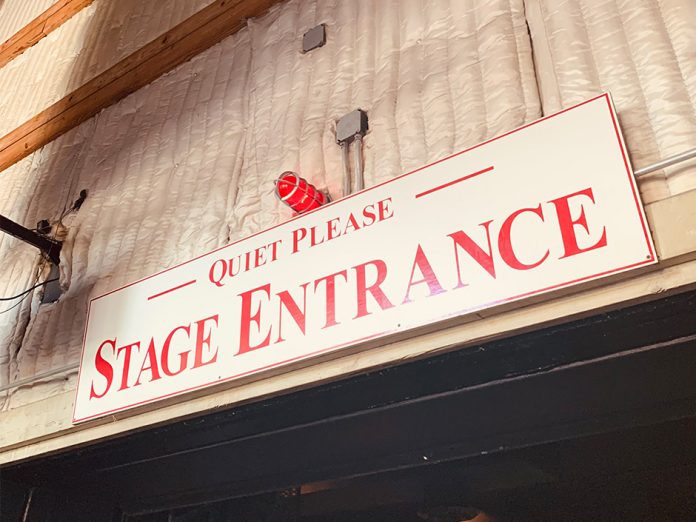 My two favorite movie genres are horror and comedy, so when a masterpiece like The Mummy comes along that beautifully blends both, I get attached. And when a theme park designs a ride that really leans in on a meta theme – allowing humor to be interwoven with genuinely terrifying ride sequences – based on said perfect film? Well that is just *chef’s kiss.* Let me explain in this guide to one of the most exhilarating rides at Universal Orlando Resort.

Revenge of the Mummy – a sequel that, for reasons that will be made clear during the ride, may never be completed – is currently filming at a real Egyptian tomb, and you get to tour the set! You’ll explore fascinating corridors filled with treasures beyond your wildest imagination and hear incredible behind-the-scenes stories from the franchise’s stars. The only problem is (if you haven’t already heard), the curse is real. So, while on your journey, be sure to watch out for Imhotep. Also, keep the Medjai symbol close by, for protection.

You enter the Museum of Antiquities and find yourself on the very active set of Revenge of the Mummy. Surrounded by concept drawings, props, and other set pieces, you make your way to the second floor to board the mine train that will take you into the mummy’s tomb. Along the way, you’ll get to enjoy some fun behind-the-scenes footage of the cast & crew keeping themselves entertained between takes. Keep an eye on Reggie, he seems a bit distressed.

Also, be sure to look out for any areas where your hand might fit. There are some artifacts in the queue that are known to react to human touch, as well as a viewing glass that allows you to see what the people in line ahead of you are up to — along with a button that you can press to get their attention. Just remember, you’ll be in their position soon enough, so be kind.

After boarding your mine carts and taking off into the tomb, you’re greeted by Reggie! It turns out his earlier concerns were valid, because he’s since been mummified and would like to make sure it doesn’t happen to anyone else. Unfortunately, he tries to warn you but it’s too late, Imhotep has taken over this tour.

You are taken through a room filled with ancient treasure where Imhotep will attempt to win you over with riches. But before you can decide, mummy soldiers appear on all sides of the vehicle as Imhotep utters an Egyptian curse, thrusting you into another room where you encounter ancient scarab beetles (sorry if you wore shorts). Then suddenly, you fall backward into another chamber where Imhotep spins you around and confirms what you’ve suspected for a while now – this will not be a slow, peaceful tour of a movie set. Also, your souls are in serious jeopardy.

You’re launched at high speeds through dark tunnels and dense fog, navigating several sharp turns and steep drops, all the while being taunted by Imhotep. Until suddenly, the ride is over! You find yourself being welcomed back by a friendly ride attendant and everything is back to normal… or is it?

The ride experience begins as a dark ride with light & fire effects, advanced animatronics, a few sudden drops & turns, and some time spent traveling backwards. It then becomes a high speed, indoor roller coaster in the dark with fog and strobe effects, jolting twists and turns (but no full inversions), and – of course – more fire.

If you survive – sorry, WHEN – when you survive your encounter with Imhotep, you’ll be dropped off just outside Sahara Traders. Here you can view and purchase the photo of you that was captured while you were on the ride, as well as stock up on lots of fun apparel and collectibles. Maybe grab something with a Medjai symbol on it, to protect you in the future. Just a suggestion.

Just outside the entrance, watching over the attraction, you’ll find our noble guards. Feel free to stop by and get a photo! But good luck coaxing a smile out of them. It’s a cursed tomb, folks – this is serious business.

So hang on tight to your soul (hats & glasses will have to go in a locker) and remember, the curse IS REAL! That’s a wrap.

Unearth more secrets and tips before your visit by signing up to receive the latest news and stories from Universal Orlando Resort, as well as the latest offers for park tickets, hotel stays, and vacation packages.

This content was originally published on May 11, 2021 9:45 am on the official Universal Orlando Resort Blog. The Kingdom Insider takes no responsibility for errors in syndicated content. 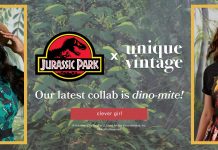 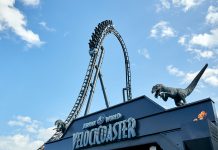 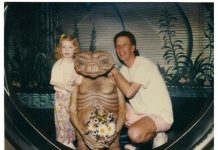 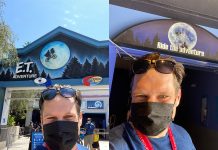 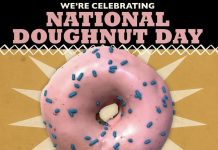 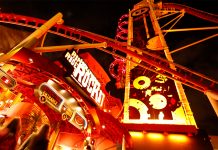