Although construction work first came to a complete stop, we’re happy to report that several projects have started back up again within the last few weeks at Walt Disney World. Fortunately for us Star Wars fans, work on the new Star Wars hotel, Star Wars: Galactic Starcruiser, has resumed. 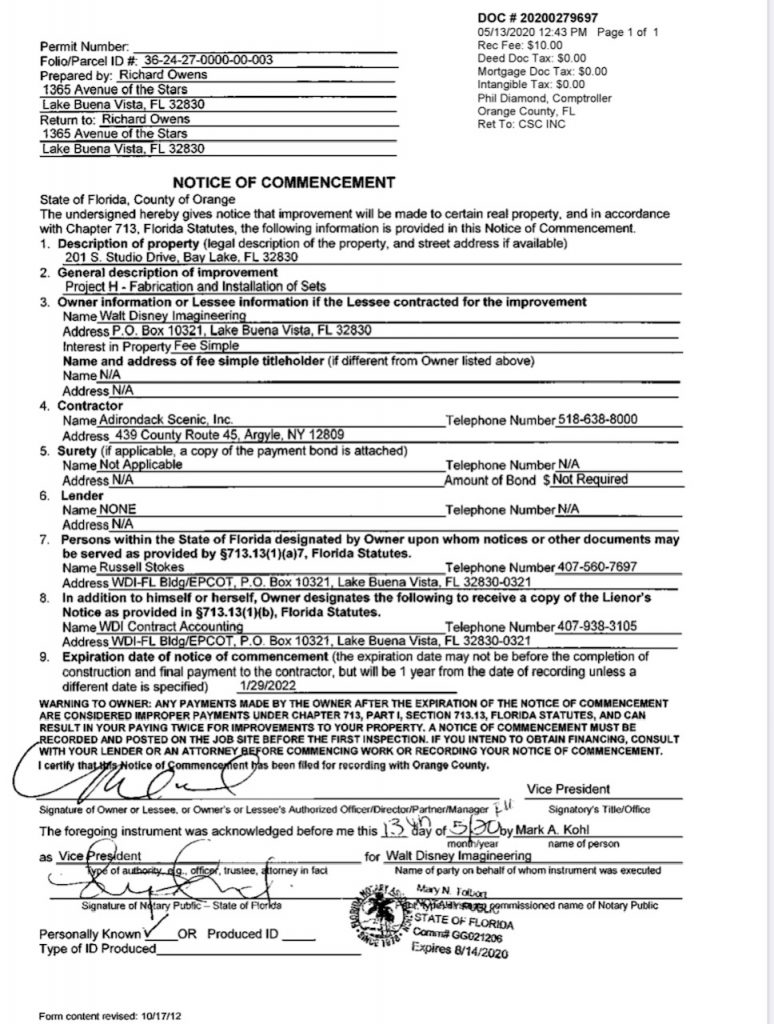 A new permit for set installation was just filed in Orange County, Florida, and paid for by Walt Disney Imagineering Contract Accounting.

Listed on the permit is Adirondack Scenic Inc., a contractor from upstate New York. According to the permit, they were contracted for the “Fabrication and Installation of Sets.” Adirondack Scenic has worked with Disney on a handful of previous projects, such as; the same firm behind the Beauty and the Beast castle facade at the Magic Kingdom, Frozen Ever After at EPCOT, and Na’vi River Journey at Disney’s Animal Kingdom.

We can’t help but be excited about this news, it just means we’re headed in the right direction and can see a light at the end of the tunnel!

Required Face Masks, Temperature Checks, and Plexiglass Dividers- This is What Disney Springs Will Look Like on May 20th
“Brave Little Spark”- A New Original Song from Walt Disney Imagineers