Lots of changes have been happening at Disneyland recently and more are to come! It has already been announced that Splash Mountain is being re-themed to Princess and the Frog, though no official date has been announced on when construction will begin.

For now, Tiana, Dr. Facilier, and Prince Naveen continue to make appearances throughout the day in New Orleans Square in front of the Rivers of America. 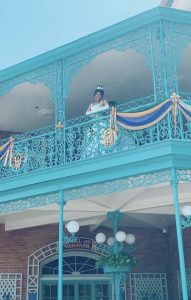 However, it seems like other changes could be happening with this Princess and the Frog theme soon as well! I recently went to Disneyland and as I was walking through New Orleans Square I noticed something curious. It seems as though Disneyland is cooking up something new and may be building a new restaurant…and could it be Tiana’s Place?!

In one window display we can see both Tiana and Prince Naveen in their frog-forms amongst some fruit, smiling mischiviously: 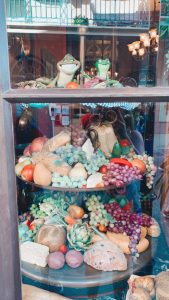 Right across from this window display there is a closed up building with the signs that state “something new is cooking” and on the other window there is a sign saying “Gumbo is the spice of life!” Now I don’t know about all of you, but I feel like Disneyland is heavily hinting that a Princess and the Frog-themed restaurant is in the works! 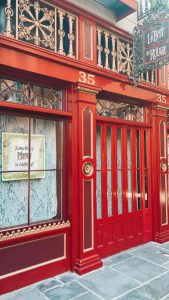 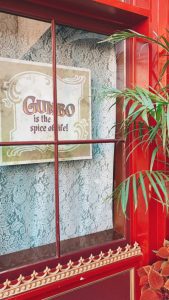 I personally think having a Tiana’s Place restaurant would just be the bees knees! Princess and the Frog fans would finally get to see Tiana’s dream come to life in person at Disneyland, and that in itself would be such a magical thing!

Right now the only Princess and the Frog restaurant is aboard the Disney Wonder Cruise Ship.

At Tiana’s Place, our culinary team invites you to enjoy the mouthwatering flavors of Creole and Cajun cuisine with a menu that draws inspiration from the region. While you dine, the characters and stories of the Disney animated feature come to life through rousing storytelling and live jazz entertainment that can only be described as “the bee’s knees!” And in true Disney fashion, you’ll discover magical touches and thoughtfully designed details around every corner of the restaurant. Everything from the water-lily-shaped candleholders to the design of the dinnerware tells the story of Tiana’s journey from waitress to frog princess to proud restaurant owner!

From the Creole-inspired dishes, the New Orleans-themed specialty drinks, and the jazz music, the entire experience sounds like an absolute delight! Anika Nono Rose, voice of Tiana, has already stated that she would love to see this restaurant come to Disneyland. “People keep asking me like I’m in charge of making the restaurant,” Rose told People magazine with a laugh. “I’m like, ‘One thing at a time!’ But people are excited.”

Rose told People she shares the fans’ enthusiasm for creating Tiana’s Palace restaurants at Disney’s U.S. parks — once the ride makeovers are complete.

“I’ve been looking forward to a Tiana’s Palace for years,” Rose told People. “I agree with the fans that it would be great.”

Rose has a few ideas about the menu and entertainment for Tiana’s Palace once Walt Disney Imagineering gets around to working on the restaurant.

“I have dreams of them partnering with Café du Monde on some real deal beignets, having some fantastic shrimp and grits and king cake during Mardi Gras season,” Rose told People. “And the occasional second line (brass band procession) through the joint. Basically all the things I love.”

We can only hope that these not so small signs Disney has displayed points to bringing Tiana’s dream to light at Disneyland Park!

How would you like to see Tiana’s Place at Disneyland?! 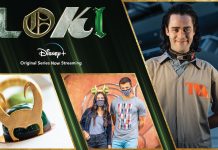 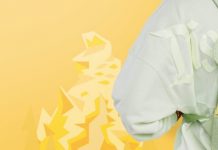 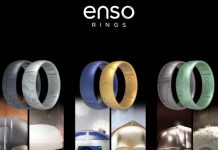 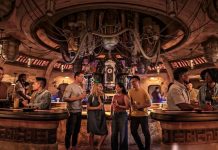