The D23 Expo was full of “Star Wars,” and Marvel announcements, and the celebrities part in these new movies and shows made appearances on stage to greet fans and talk about their upcoming projects. It was all incredibly exciting and we all have so much to look forward to! Because there were so many announcements, we’ve compiled a list of what you may have missed!

First up, “ANDOR” a 24-episode spy thriller that features one of the central characters in “Rogue One: A Star Wars Story.” Stars that made an appearance included Genevieve O’Reilly, Kyle Soller, Adria Arjona and Cassian Andor himself, Diego Luna, as their character posters were unveiled. It was announced there will be two 12-episode seasons.

The era featured in “Andor”—the five years before the events of “Rogue One”—is filled with danger, deception and intrigue where Cassian will embark on the path that is destined to turn him into a rebel hero. “Andor” presents Star Wars from a different perspective, focusing on everyday people whose lives are affected by the Empire. The decisions they make have real consequences, and the stakes for them—and the galaxy—couldn’t be higher. The series also stars Stellan Skarsgård, Forest Whitaker, Denise Gough, Fiona Shaw and Faye Marsay. The first three episodes of season 1 premiere exclusively on Disney+ on September 21.

Set in a magical world where brownies, sorcerers, trolls, and other mystical creatures flourish, “Willow” is the story of an unlikely group of heroes who set off on a dangerous quest, facing their inner demons and coming together to save their world. An epic period fantasy told with a modern sensibility and plenty of humor, heart, energy, and vibrancy, “Willow” begins streaming on Disney+ Nov. 30.

“STAR WARS: TALES OF THE JEDI”

There will be six brand-new animated shorts featuring parables built around Jedi from the prequel era. Journey into the lives of two distinctly different Jedi—Ahsoka Tano and Count Dooku—each will be put to the test as they make choices that will define their destinies. To the delight of the audience, Filoni shared the official trailer for the series and announced that all six shorts will debut Oct. 26 on Disney+.

Set after the fall of the Empire, “Ahsoka” follows the former Jedi knight Ahsoka Tano as she investigates an emerging threat to a vulnerable galaxy. Fellow executive producer Jon Favreau joined Filoni on stage to talk about the project and shared first-look images with attendees. The new series is slated for 2023 and will be exclusive to Disney+. The trailer has not been released yet.

Favreau and Filoni were joined by creators Jon Watts and Christopher Ford, who talked about the series, which is coming soon on Disney+. “Skeleton Crew” tells the story of four kids who find themselves lost in the vastness of the galaxy, trying to find their way home. Jude Law also came out to greet fans. A trailer was shown to the audience but has not been released to the public yet.

Favreau and Filoni were excited to discuss season 3, and stars Pedro Pascal, Katee Sackhoff, Amy Sedaris, Giancarlo Esposito, and Emily Swallow joined him onstage. Together, they shared the season 3 teaser trailer with the audience. In the third season of “The Mandalorian,” the Mandalorian and Grogu have been reunited and continue their journey through the lawless galaxy. Season 3 is set to launch exclusively on Disney+ in 2023. Kennedy and Colin Wilson also executive produce, with Karen Gilchrist and Carrie Beck as co-executive producers.

“Ironheart” executive producer Ryan Coogler offered fans an early look at the new series that takes place after the events of “Black Panther: Wakanda Forever.” Dominique Thorne returns as Riri Williams, a young, genius inventor determined to make her mark on the world. Her unique take on building iron suits is both brilliant and flawed, and “Ironheart” delves into the dynamics of tech versus magic. Feige invited Anthony Ramos to the stage to greet fans and share a little about his character, Parker Robbins aka The Hood. The new series is slated for Disney+ next year. A trailer was shown to the audience but has not been released to the public yet.

This thrilling new series launches on Disney+ in 2023. Don Cheadle, who reprises his role of Colonel James Rhodes, was on hand to talk about the new show. The cast includes Cobie Smulders as Maria Hill, Samuel L. Jackson as Nick Fury, and Ben Mendelsohn as the Skrull Talos—plus Olivia Colman, Emilia Clarke, and Kingsley Ben-Adir. This new series showcases a faction of shapeshifting Skrulls who have been infiltrating Earth for years.

Production for season 2 of “Loki” is already underway. Tom Hiddleston, Owen Wilson, Sophia Di Martino and Ke Huy Quan made an appearance to talk a little bit about the new season. Fans also got a glimpse at the upcoming season that picks up in the aftermath of the shocking season finale when Loki finds himself in a battle for the soul of the Time Variance Authority. A trailer was shown to the audience but has not been released to the public yet. Season 2 of “Loki” begins streaming on Disney+ in 2023.

Cast members Alaqua Cox, Vincent D’Onofrio, Devery Jacobs, Graham Greene, Cody Lightning, and Chaske Spencer made an appearance to provide some insight about Maya Lopez, whose ruthless behavior in New York City catches up with her in her hometown. Audience members were treated to a special look at the upcoming series that also stars Tantoo Cardinal and Zahn McClarnon. The new series will stream soon on Disney+.

Production doesn’t kick off till next year for the next season, but Feige and D’Onofrio were eager to chat about the new show coming to Disney+. Charlie Cox and Vincent D’Onofrio, appeared on stage to discuss the 18-episode new season of the show. And since production isn’t yet underway, fans were treated with a clip from an upcoming episode of “She Hulk: Attorney at Law”—now streaming on Disney+—that features the superpowered hero.

The Marvel Cinematic Universe continues to thrill fans of the big screen, starting with the last film of Phase 4.

“ANT-MAN AND THE WASP: QUANTUMANIA”

Stars Paul Rudd (Scott Lang/Ant-Man), Evangeline Lilly (Hope Van Dyne/The Wasp) and Jonathan Majors (Kang) came on stage to talk about their new movie. Super Hero partners Scott Lang and Hope Van Dyne, who team up with Hope’s parents, Hank Pym (Michael Douglas) and Janet Van Dyne (Michelle Pfeiffer), and Scott’s daughter, Cassie Lang (Kathryn Newton), to explore the Quantum Realm, interacting with strange new creatures and embarking on an adventure that will push them beyond the limits of what they thought was possible. Hitting theaters on Feb. 17, 2023, the film connects to “Avengers: The Kang Dynasty,” said Feige.

Kevin Feige officially confirmed that Matt Shakman, who directed every episode of 2021’s “WandaVision” would be directing this new movie. The film opens in theaters on Nov. 8, 2024.

Stage director Nia DaCosta and cast members Iman Vellani (Kamala Khan/Ms. Marvel), Teyonah Parris (Monica Rambeau) and Brie Larson (Carol Danvers/Captain Marvel). Fans were given a special look at scenes from the new movie (a trailer has not been released to the public yet), which opens in theaters on July 28, 2023.

Alan Bergman returned to the stage and was joined virtually by Academy Award-winning producer/director James Cameron, currently in New Zealand, where he is still hard at work readying the release of the highly anticipated sequel to the biggest film of all time, “Avatar.” “AVATAR: THE WAY OF WATER,” which opens in theaters on Dec. 16, welcomes back to the big screen returning cast members Sam Worthington (Jake Sully), Zoe Saldaña (Neytiri), Sigourney Weaver (Kiri) and Stephen Lang (Colonel Miles Quaritch), who appeared on stage with producer Jon Landau. The crowd was treated to also meeting the new-generation cast members Jamie Flatters (Neteyam), Jack Champion (Spider), Bailey Bass (Tsireya), and Trinity Jo-Li Bliss (Tuk).

Set more than a decade after the events of the first film, “Avatar: The Way of Water” begins to tell the story of the Sully family, the trouble that follows them, the lengths they go to keep each other safe, the battles they fight to stay alive and the tragedies they endure. Before the show concluded, the guests in attendance were the first to see scenes from “Avatar: The Way of Water”—right now. Each was invited to don a pair of Dolby 3D glasses—a Hall D23 first—to get fully immersed in the brand-new footage. Let me tell you guys, it was all beyond what I expected, and it is going to be a GREAT film! Dare I say, better than the first? 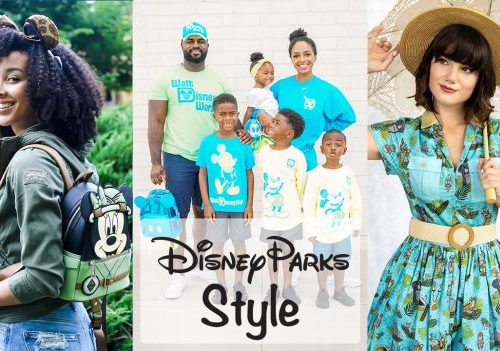 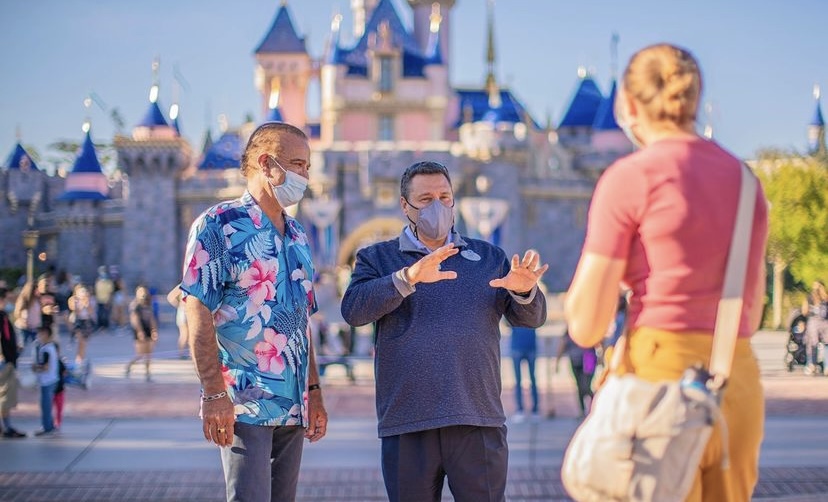 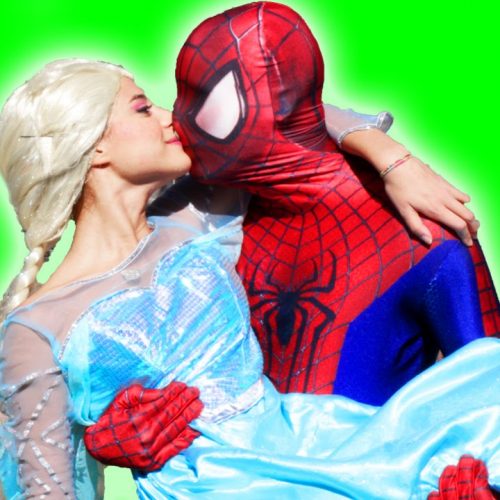