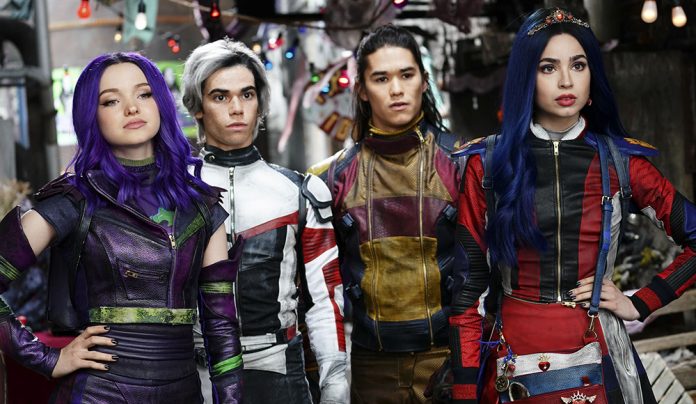 We also have gotten a look at Cheyenne Jackson (American Horror Story) as Hades!

We finally have your first look at Hades from #Descendants3! #D3Deets pic.twitter.com/xVxfsUsEWb

My daughter went nuts when I showed her. She loves Descendants and has a bunch of the dolls. Her exact words were “Now I have something else to look forward to for summer vacation!”

We do have a synopsis for the 3rd film from Deadline:

When a barrier breach jeopardizes the safety of Auradon during their departure off the Isle, Mal resolves to permanently close the barrier, fearing that nemeses Uma (China Anne McClain) and Hades (Cheyenne Jackson) will wreak vengeance on the kingdom. Despite her decision, an unfathomable dark force threatens the people of Auradon, and it’s up to Mal and the VKs to save everyone in their most epic battle yet.

Descendants 3 will be out Summer 2019 and will air on The Disney Channel and Disney Now.