An event for Disney investors brings with it a ton of new information on its planned slate of shows and movies for the Disney Plus streaming service. Much of this content focuses on Disney’s two major pop culture tentpole franchises: Marvel and Star Wars.

Here is some of what was revealed.

.@Marvel fans, unite! Elizabeth Olsen and @Paul_Bettany star as Wanda Maximoff and The Vision in a new #DisneyPlus series, WandaVision.

Man, I hate that name. Sounds like a hokey 1990s teen sitcom, but that’s what they’re going with. The series will focus on Scarlett Witch and The Vision from the Avengers.

The characters, played by Paul Bettany and Elizabeth Olsen, respectively, will reprise their roles on the streaming service, the company said Thursday at an investor event in Los Angeles to talk about Disney Plus.

The Vision and Scarlet Witch series will have Elizabeth Olsen and Paul Bettany reprise the roles from the movies, and it’s being run by one of the writers on the Captain Marvel film.

Cap’s sidekicks Bucky and Falcon will apparently be getting their own series on Disney Plus.

While details of the stories are still forthcoming, Anthony Mackie and Sebastian Stan will reprise their Marvel Cinematic Universe roles in a post-Avengers: Endgame universe.

Marvel Studios President Kevin Feige confirmed that the series would feature major storylines that have ramifications in every corner of the MCU.

Based on the long-running comic book series of the same name, the Disney Plus version of What If? will tell alternate universe stories from the Marvel Cinematic Universe.

the animated series will examine zany alternate timelines based on “what if?” questions. The first episode will ask the question of “what if Peggy Carter became a super soldier?”

Yes, Star Wars will be getting not one, but two, spinoff series — The Mandalorian and an untitled Rogue One prequel. It’s been confirmed that Alan Tudyk will reprise his role as fan favorite droid K-2SO.

Look for series based on Hawkeye and Loki, as well as those further along in development.

It looks like Disney is betting heavy on Disney Plus, and willing to put the dollars behind it.

Will it be a “Netflix Killer?”

Only time will tell! 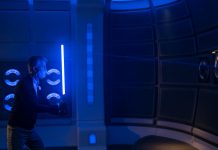 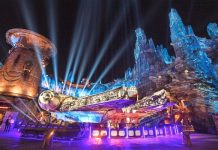 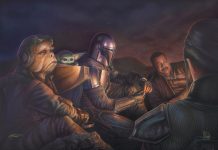 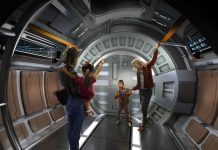 Experience All The Out of This Galaxy Highlights During Your Star Wars: Galactic Starcruiser Adventure! 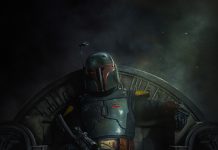 ‘Book of Boba Fett’ Gets a Premiere Date on Disney+!