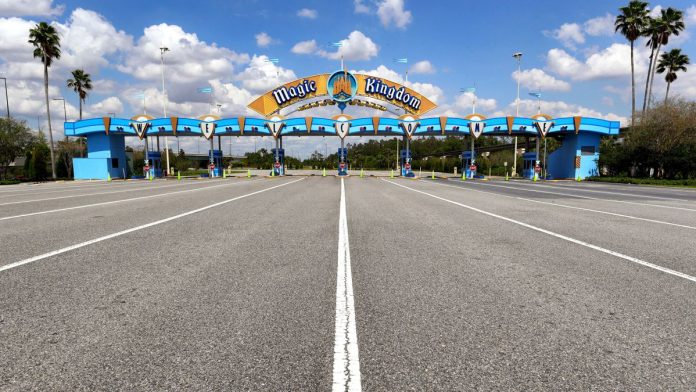 The Actors’ Equity Association, a union representing Walt Disney World Cast members in Florida, claims Disney is not testing employees for the coronavirus before they return to work. This includes stage performers who cannot wear masks.

Mary McColl, the Executive Director of the Union said in a statement, “If Disneyland has postponed, it is unclear how Walt Disney World can responsibly move toward reopening when coronavirus cases are much worse in Florida.” McColl continue by saying, “It is deeply disturbing that while coronavirus cases in Florida surge, Disney is refusing to provide regular testing to one of the few groups of workers in the park who by the very nature of their jobs, cannot use personal protective equipment.”

According to TheStreet.com McColl said, “Now is the time for Disney to pause, focus on the science and put the safety of their actors and stage managers first by making regular testing available.”

Walt Disney World has not, recalled Equity members to work, yet. The Union had previously agreed not to stand in the way of contacting workers while negotiations for the safety plan were ongoing.

Disney has not responded to the Union’s claims. However, their website claims  that safety precautions will include enhanced cleanings, physical distancing, reduced contact and mandatory face coverings for all guests and cast members and possible temperature readings.