Entertainment Weekly has just released an article and photos of the upcoming live-action Aladdin film. 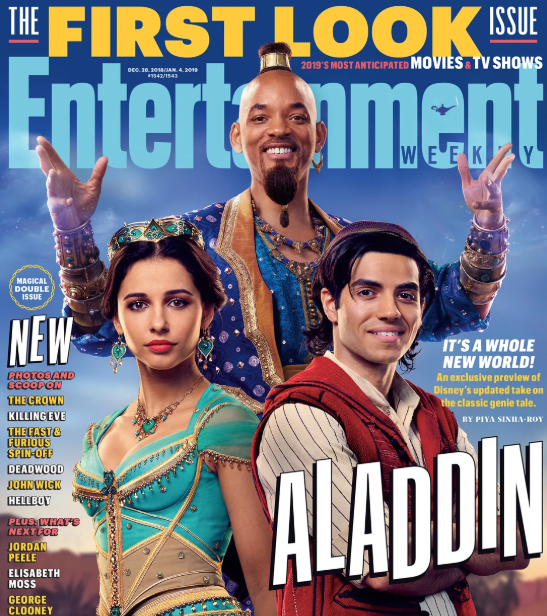 The new musical film will be directed by Guy Ritchie and will star Will Smith as Genie, Mena Massoud as Aladdin and Naomi Scott as Jasmine. 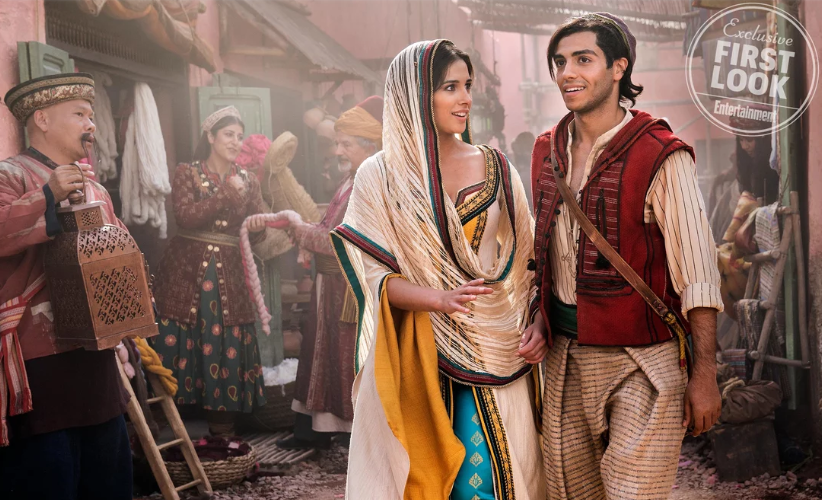 What seemed to surprise a lot of people was that Genie is not CG. It is in fact Will Smith playing the part and not just voicing it. But Will Smith has indicated on Twitter that this is his human disguise form and he will in fact be blue.

Take a look at the first look video below:

The new live-action Aladdin will be coming to theaters on May 24, 2019. 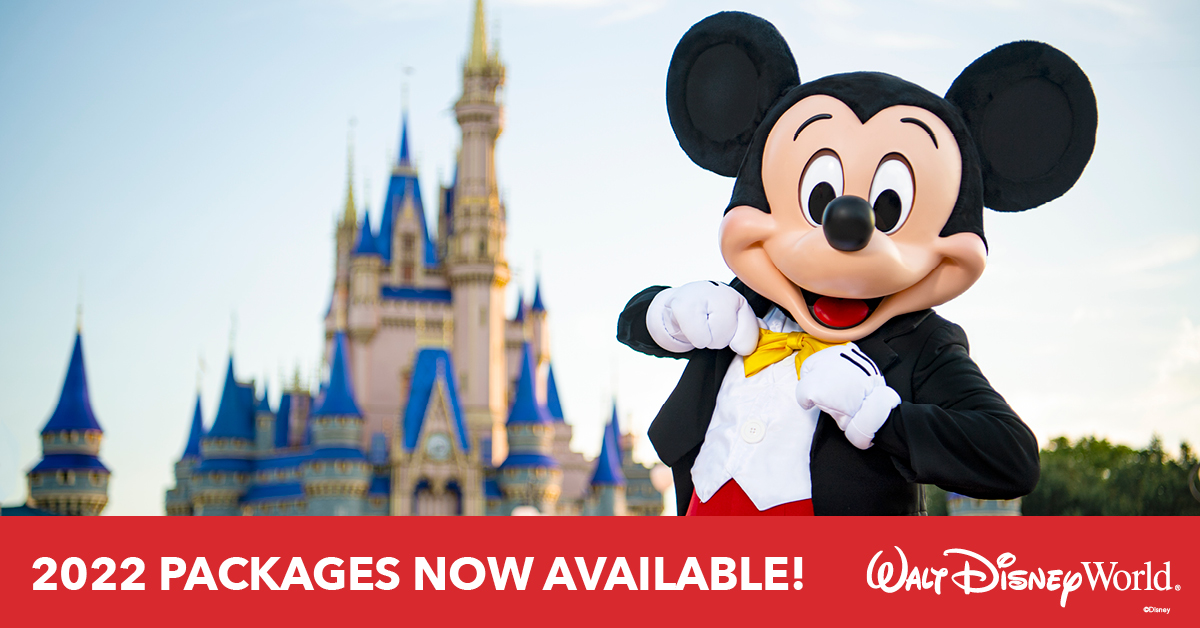 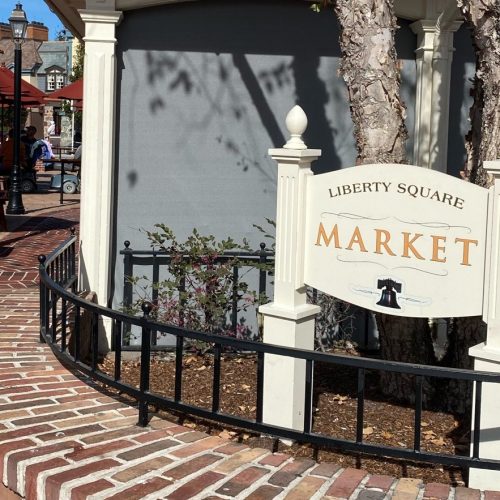 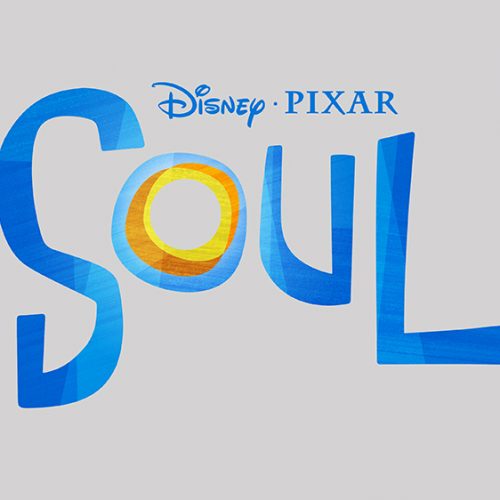