We all knew the end was near for Ellen’s Energy Adventure, and the rumor of Guardians of the Galaxy replacing the badly aging Universe of Energy attraction have been circulating for over a year.

And so it was confirmed at D23 last weekend — the Guardians of the Galaxy are coming to Epcot.

The news was met with thunderous applause by parkgoers, and pure disdain from many Disney purists. For the latter group, shuttering the Universe of Energy is another nail in the coffin for “original” Epcot — the Epcot we were all introduced to in 1982.

But what if this is Disney’s devious way of trying to appease both casual fans looking for a new thrill ride, and retro Epcot fans? At the same time?

The Guardians of the Galaxy are all retro ’80s, all the time.

To anyone who has watched Guardians of the Galaxy Vol. 2, it should be painfully obvious that the whole aesthetic is a throwback to the early 1980s. From Peter Quill’s “Awesome Mix Tape” featuring cheesy rock and easy listening tunes from the era, to the end credits of the second film looking like a cross between an uncut sheet of Topps trading cards and an NES cartridge poster, the Guardians are all about the retro.

And let’s not forget David Hasselhoff. He is the 1980s in human form.

Even the commercial for the Blu-Ray release of Guardians of the Galaxy Vol. 2 screams “retro Disney”… right down to the early ’80s Buena Vista Home Video logo. 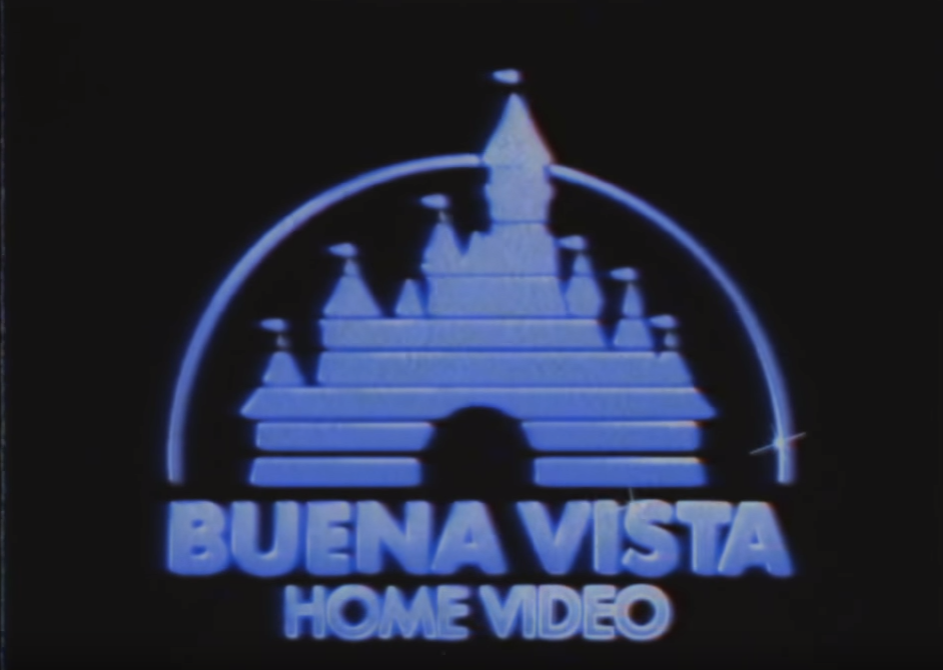 So we know these characters are all about the nostalgia.

And apparently Peter Quill has been to Epcot in the 1980s, as evidenced by the Polaroid photo Disney showed us last week. 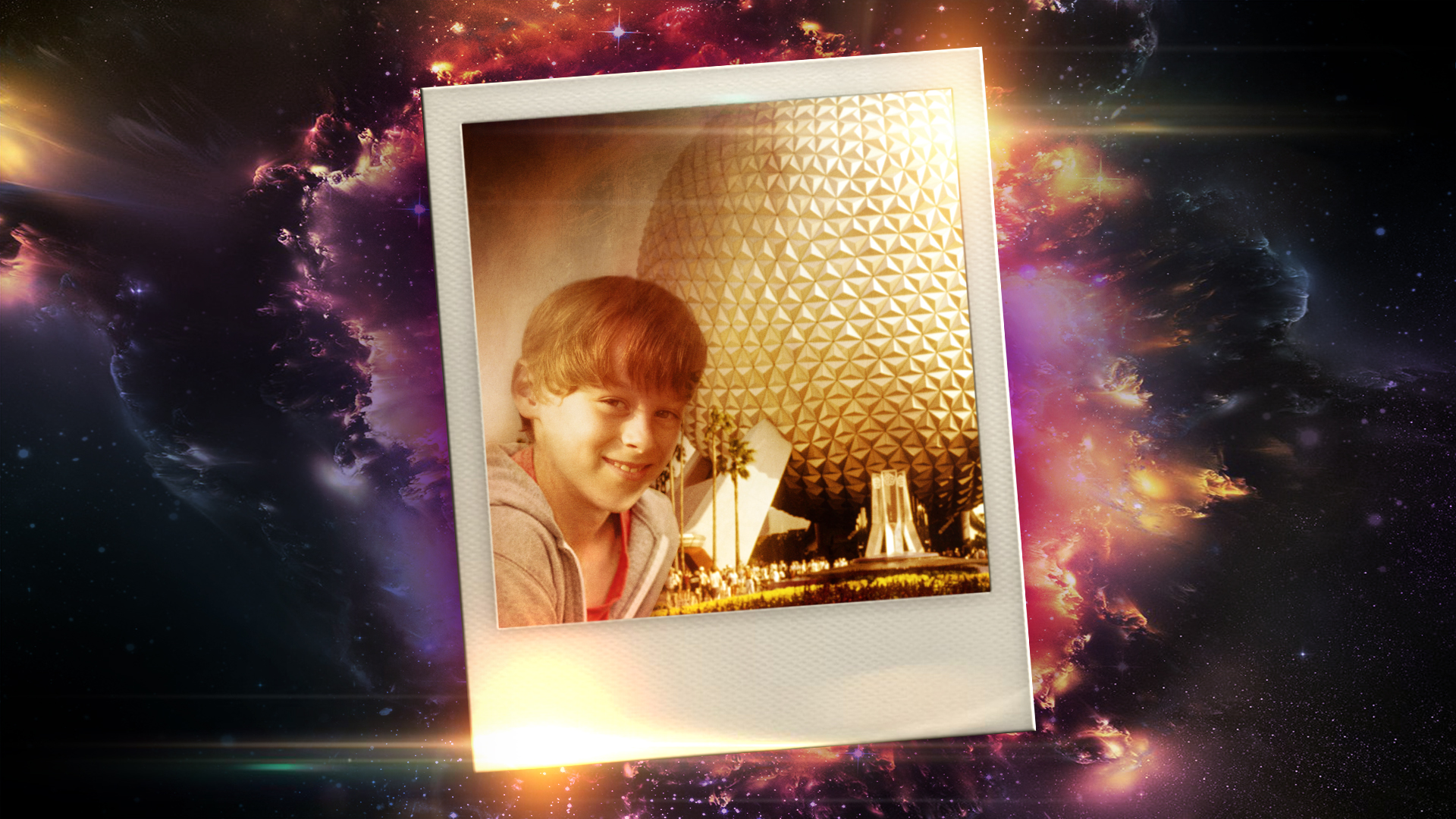 Giving the revamped ride a “throwback” feel wouldn’t be out of the ordinary at all. In fact, you can expect it.

Money talks. Middle-aged Disney fans go nuts for anything ’80s Epcot, even if it represents a relatively small part of the park’s history. Horizons, Dreamfinder, Communicore… the appetite for nostalgia is strong with older fans who have the money to shell out for merch. Disney is well aware of this and would likely jump at any opportunity to increase the demand for old school trinkets.

The Universe of Energy Show Building is Staying Intact

One of the most interesting things about the concept art is that the Universe of Energy show building isn’t being knocked down. It’s just being re-purposed. This is clear from both the concept art for the entrance to the attraction, and the “blue sky” artwork of Future World. 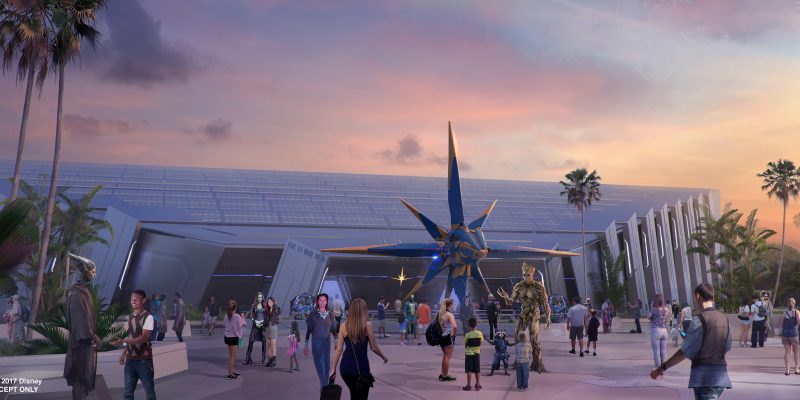 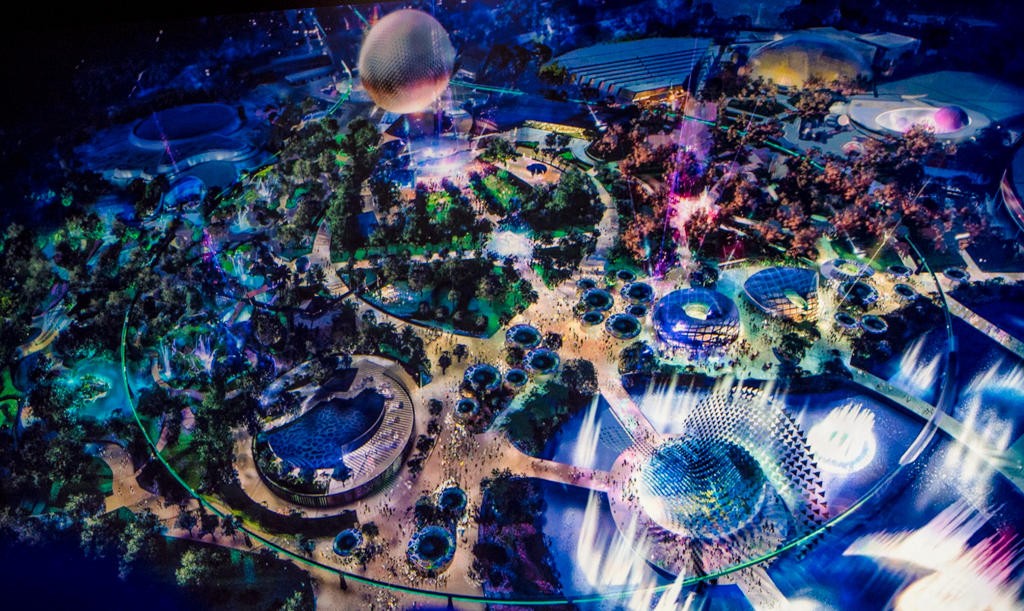 So what kind of ride is it…?

Disney hasn’t confirmed any details about the ride itself, other than it’s coming. The early word was a new type of “flying” coaster from Vekoma, but I’m not sure if a coaster would fit in that show building given its relatively low height.

Obviously, we’re not going to get a clone of Guardians of the Galaxy: Mission Breakout. Duh.

I wouldn’t expect another motion simulator either, as Epcot already has Soarin’ and Pandora’s Flight of Passage will be hard to top.

It’s possible that we’ll get a new type of thrilling dark ride. But what will it be about?

According to Disney Imagineer Tom Fitzgerald, “the Guardians are going to take our guests on an out of this world adventure. But it will still be very rooted in an Epcot story.”

My wife came up with a theory that maybe Disney would utilize Peter’s memories of Epcot from when he was a kid, and incorporate that into the ride somehow. It’s possible that we could very well see some nods to classics like Horizons (as the Robot Butler will need a new home after One Man’s Dream closes) and maybe even a cameo by Dreamfinder in some kind of alien induced fever dream.

Hey, Guardians is pretty far out there. It totally could happen. I mean, Peter’s dad is a planet with Kurt Russell’s face on it for crying out loud.

The hallmark of the Guardians franchise is the music, which is late 70s, early 80s pop and rock. I will bet my hat that we’ll hear the return of THAT song.

I know the idea of Marvel IP “tainting” Epcot is pretty scary, but don’t expect another cookie cutter roller coaster with the Guardians slapped on it. Don’t expect a museum, either, but I think Disney is painfully aware of how strongly fans feel about classic Epcot. I anticipate a ride that both honors that history and gives us something new… and most likely incredible.