Walt Disney World is committed to providing the safest environment for its guest and Cast Members. For the most part, guests are happy to oblige when they have to wait in line to have their bags checked. But there’s one security measure that’s unique to Walt Disney World that I’ve always wondered about, and I realize I’m not alone in questioning it.

Have you ever wondered why Disney has you place your finger on a scanner right after you swipe your Magic Band?

In an effort to avoid mass hysteria, let me start by saying Disney is not trying to scan your fingerprint to obtain information about you. There’s no central Disney data base that collects information from guest’s fingerprints. The reason for taking fingerprints is actually quite simple.

As per Disney’s website, they assure guests that the park doesn’t store anyone’s prints. Instead, they pair your unique print with a number, which they match with your ticket, and then immediately delete the scans themselves.

This is how Walt Disney World prevents ticket fraud and as of right now, it’s only practiced at the resort in Florida, not Disneyland in California.

As many know, the more days you add onto your trip, the better a discount you receive per day on your ticket. It would be unfortunate for someone with a 10-day ticket, to only use 5 of those 10 days, then sell their ticket. Some would even call it “beating the system.” This is Disney’s way of making sure the ticket corresponds with the ticket holder. If the finger scan is not a match, they know that ticket’s not really yours. Kids are not immune to having their finger scanned, but rest assured it’s for the same reason as adults. 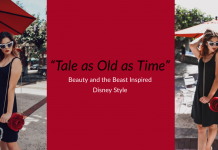 Tale as Old as Time with Danielle Nicole 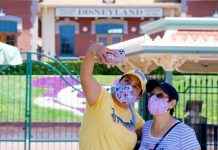 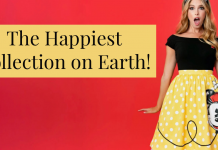 The Happiest Collection On Earth from Unique Vintage