Yesterday we shared that Walt Disney World is bringing touches of Fall to the Magic Kingdom, despite Mickey’s Not So Scary Halloween Party being canceled this year. Here are some changes made to Disney’s Fall/Halloween celebration, that I think will actually enhance the experience!

OK, I know I can’t be the only one excited about the later start date for this year’s celebration at Walt Disney World. In previous year’s the spooky season always began in the first few weeks of August. Fall is my favorite time of year to be at Walt Disney World, but there was coming about it’s early August start date that I could never get over. It just seemed too early for me, not to mention, it was extremely hot being in the parks in full costume that time of year.

This year, the Fall fun begins in the Magic Kingdom on September 15th and goes to October 31st. Personally, I love this time frame and although it will still be hot (because, Florida), you won’t be wearing a costume in 100 degree weather.

The price for this year’s festivities is included in your Magic Kingdom theme park ticket! Prior to this year, Mickey’s Not So Scary Halloween Party was an additional ticket. Quite honestly, I’ve found the last few years of the event to be extremely expensive (considering guests still need their theme park ticket), and as an Annual Passholder, was always disappointed in Disney for not offering an AP discount to purchase the Halloween party tickets.

To bring some Halloween party fun into the park this year, for the first time guests of all ages can wear their funniest, Disney-ist, most creative costumes during Magic Kingdom Park regular operating hours from Sept. 15 to Oct. 31st! This is an exciting change, as adults have never been allowed to wear their costumes during the day.

As an important reminder, costume masks are not permitted for adults; only children younger than 14 years old are permitted to wear costume masks. In addition, all guests are required to wear approved face coverings during their visit. To learn more about Disney’s costume guidelines, click here.

Additionally, characters will also be in their costumes during the day. Something that’s never happened before!

When shopping for Halloween costumes for the parks, shopDisney is always my go-to place for costumes, accessories, and everything my family needs to celebrate the spookiest time of year!

There will be a special Halloween-themed cavalcade with Mickey, Minnie, Pluto and pals wearing their favorite Halloween costumes. You may even spot those rascally chipmunks, Chip ‘n’ Dale, in costume over in Frontierland, and look for other Disney character friends dressed up and riding the horse-drawn trolley down Main Street, U.S.A.

Autumn at Walt Disney World Resort wouldn’t be complete without Disney’s spooktacular fall treats, such as the famous Pumpkin-spiced Waffle Sundae at Magic Kingdom Park. Visit our official Foodie Guide to Fall Treats at Walt Disney World: Parks Edition, which features all of the yummy details.

Unlike previous years, select treats will be served throughout Disney’s four theme parks, and not just the Magic Kingdom!

I’m almost more excited this year than I’ve ever been for all the fun Fall festivities to begin at Walt Disney World! The best part is, there’s still time to book your trip to Walt Disney World and experience my favorite time of year at the happiest place on Earth, FALL! Check out my friends at Academy Travel for more information or a free, no-obligation vacation quote. 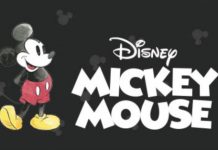 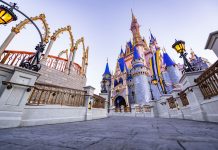 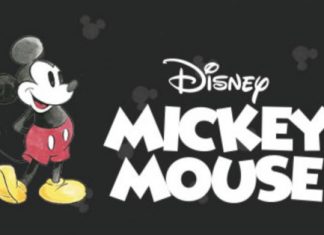 Jackie A - September 26, 2020 0
Bring all the smiles home with decor and a colorful Mickey makeover. Magical entertaining with retro glassware that will be sure have your guest...