Mark your calendars for September 1, 2017. That’s when all the toys for Star Wars Episode VIII – The Last Jedi are going to hit retail shelves in the second Force Friday event. With Toy Fair 2017 only a few days away, it’s very likely that we’ll get a sneak peak at some of the Episode VIII merchandise.

For now, we get the event logo and a look at the upcoming toy packaging art which features Rey, Finn and Poe. Sadly, Luke Skywalker is no where to be seen, but his role and appearance in The Last Jedi is a closely guarded secret. 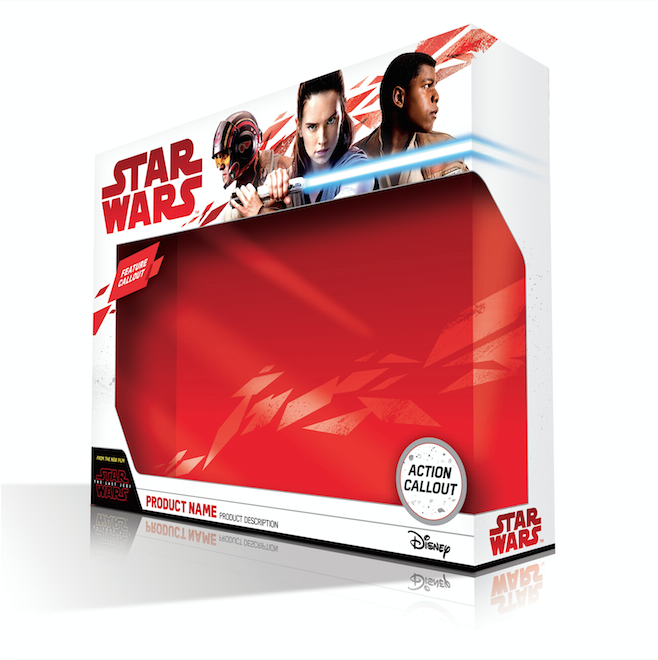 “The first Star Wars Force Friday event was truly unique, uniting fans across five continents in an unprecedented global live unboxing event ahead of thousands of midnight openings at retail,” says Jimmy Pitaro, Chairman, Disney Consumer Products and Interactive Media. “We’re excited to confirm that Star Wars Force Friday is back for ‘The Last Jedi’. Plans for this year’s world-wide event are top secret but expect something befitting the excitement around the next episode of the Star Wars saga.”

The first Force Friday was held in 2015 to coincide with the release of The Force Awakens, and featured many popular YouTubers livestreaming unboxings of then new Star Wars toys.

Excited about the new toys? Comment below or in the forums!