Gary Sinise and the Snowball Express flew more than 1,000 Gold Star children from around the country to Disney World. This is Sinise’s second year in a row providing this experience to these families.

On Monday, December 10, 100 kids who lost a parent in combat, departed from the Nashville to Walt Disney World. To say that the scene was a tearjerker, is an understatement.

Jen Tringale was at the airport and said of the moment, “When they announced them over the loudspeaker and they lined up to board the plane the whole airport literally stopped and sang the national anthem with military present in salute. Most every person standing around, myself included was bawling at the sight of these kids and spouses who have paid so great a price for our country. To see all of this at Christmas time was so humbling. Seeing the general public in an airport stand still to honor these kids was simply beautiful.”

Just one day before, Sinise saw off another Snowball Express flight departing from Los Angeles. 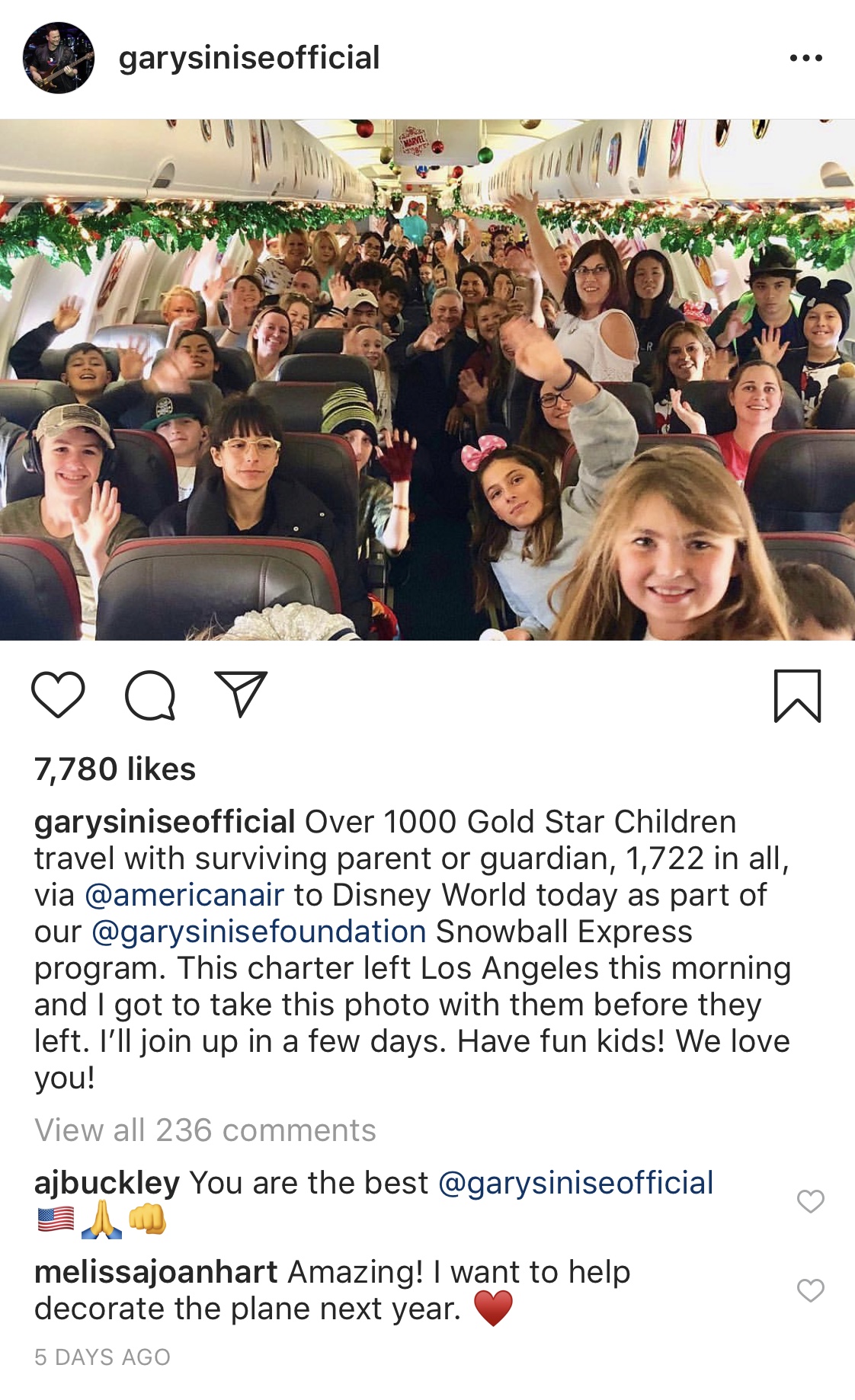 Sinise will be joining the kids later in the week. “I’ll join up in a few days, Have fun, kids! We love you,” he said in an Instagram post.

From their website, For more than a decade, Gary proudly supported Snowball Express, an organization dedicated to serving the children of our fallen military heroes, surviving spouses and guardians – our nation’s Gold Star families. It began in 2006, with Gary joining up and donating the Lt. Dan Band for a concert at the 2nd annual event in 2007. Gary was deeply moved and immediately fell in love with the children and families.

In the years that followed, the band would return to perform for new and familiar faces, and Gary’s commitment to the program deepened. “I want them to know that what they’ve sacrificed has not gone unnoticed or forgotten.” He wanted to ensure the annual celebration was as impactful and meaningful as possible. In 2017, Snowball Expressbecame an official program of the Gary Sinise Foundation, with American Airlines continuing as presenting sponsor. Through Gary’s longstanding relationship with the Walt Disney Company, he was able to expand the program by gaining Disney’s support in relocating the annual five-day experience to WALT DISNEY WORLD® Resort in Florida. Beyond the fun and memories, Snowball Express helps families of the fallen heal, learn, and build lasting relationships. “That’s our primary goal,” Gary explained, “for our Gold Star families to feel remembered and for them to see that they are not alone. It’s something I feel is incredibly important for our nation, letting the children know that we do not forget their sacrifices and we honor them. And it’s such a great feeling to see them healing, smiling, and having fun.” 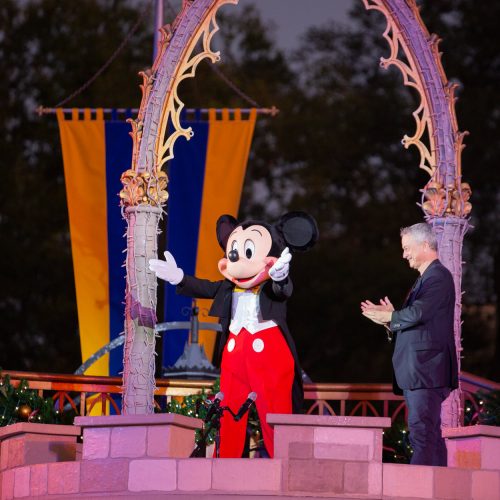 Powerful and Moving Images Released From The 2019 Snowball Express 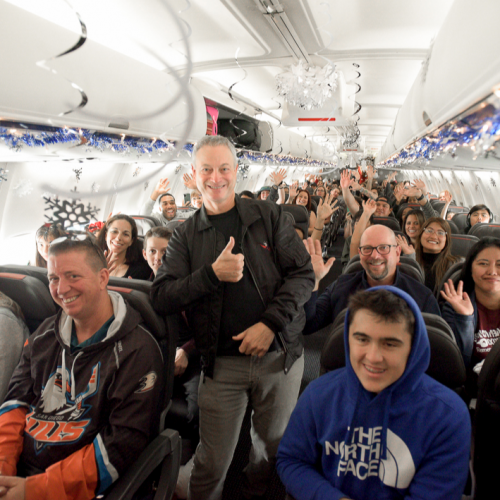 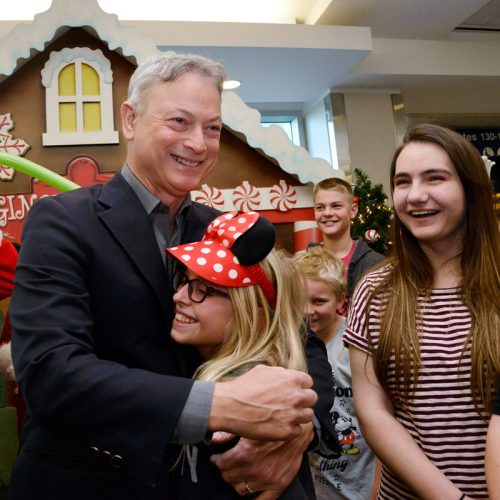