The redesign of the Tower of Terror into the new Guardians of the Galaxy: Mission Breakout ride at Disneyland California Adventure is progressing on time for the summer opening.  Beginning on May 27, 2017,  there will be a summer-long celebration for the opening of the new attraction, with dance parties, character meet and greets and special Avengers in training events for kids.

The story for the new ride can be easily inferred from it’s title– The Guardians need the guests to help them escape their current predicament.  The Guardians have been captured by Taneleer Tivan and put into a museum-like display.  Rocket Raccoon has already escaped and he enlists the help of the riders for his breakout mission to rescue his friends.

To capture the feel of the movie the Tower of Terror is being transformed to look like it belongs in another futurist world, with exposed wiring, gold, and metal.  The concept art definitely has the look of a ship from the Guardians movie.   But the question is how do you make a futuristic, Marvel-esque building fit into the old time, Tinseltown look of the Hollywood Land area?   How to you take a film with some more adult content and jokes fit into the family friendly worlds of Disneyland?

Joe Rohde, the senior executive of Disney Imagineering, talked about the challenges of making a ride based on the more adult film, set in other worlds, The Guardians of the Galaxy, fit into a Disney space and as the Seattle Times pointed out…

The challenge: Make the irreverent superheroes feel of a piece with castles, fairy tales, singing ghosts and talking cars.

Ted Robledo, the lead Imagineer on the Iron Man Experience in Hong Kong Disneyland, elaborated on these challenges.

“How do you represent (Iron Man) in a park that has a castle at the center of it and typically focuses on stories and characters from our animated classics to original (attractions) like Pirates of the Caribbean and the Haunted Mansion?” he said. “How do you bring in a superhero into a setting like that and make it believable, make it feel acceptable, if you will?

Below is a recent video by Parks and Cons showing construction progress.

I am sure that if anyone can make it all tie together it’s Disney Imagineering.  They always do a phenomenal job creating interesting narratives and weaving those into the current “story” of the area the attraction is located in.  I’m very excited to see how this turns out. 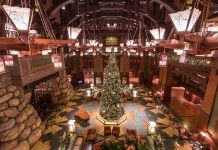 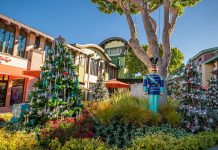 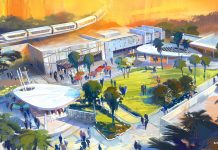 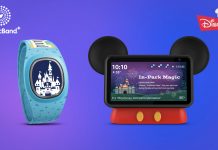