Walt Disney World isn’t the only Disney park to be getting a visit from Groot. An adult version of Groot will be appearing soon alongside the opening of Guardians of the Galaxy – Mission: Breakout!

When the Tower of Terror re-theme opens on May 27 in Disney’s California Adventure park, it’ll be accompanied by a lot of singing and dancing.

Star-Lord and Gamora will dance off in the Guardians of the Galaxy: Awesome Dance Off, which appears to be some kind of Disney dance party. Groot will appear during this event, ready to hang with park guests.

During “Guardians of the Galaxy: Awesome Dance Off!” Star-Lord and Gamora return to the Collector’s Fortress to retrieve a special artifact … Star-Lord’s precious boom box. Looking to avoid discovery, they ignite a lively party vibe, enlisting everyone gathered around to help out and show off favorite dance moves in a rockin’ Dance Off.

Below is a photo of Star-Lord, Gamora and Groot from Disneyland. I’m really surprised at how close to the CGI model the Groot costume looks. It reminds me of Chewbacca. 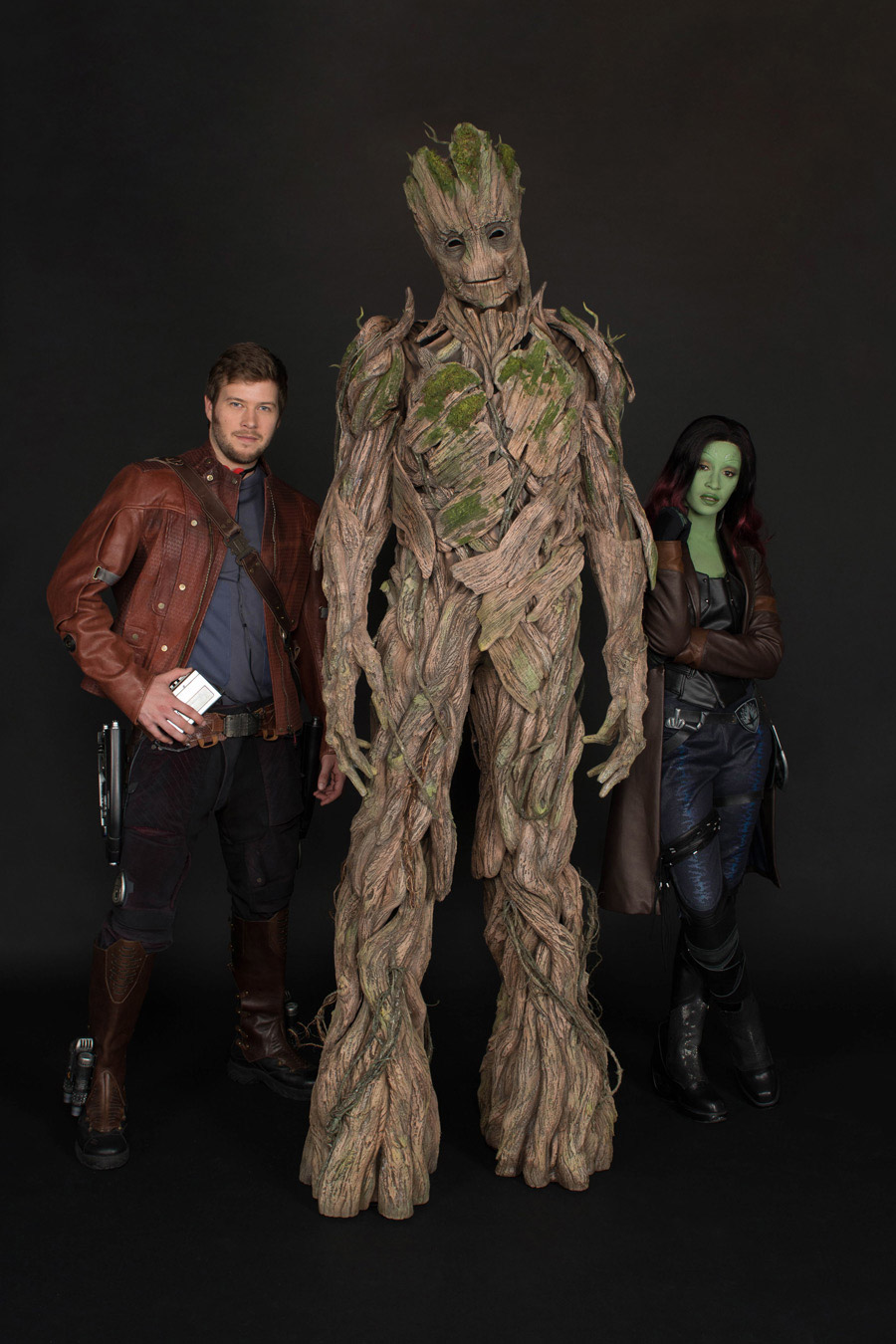 Other Marvel events are planned for this summer in DCA’s Hollywood Land, including The Avengers Training Initiative which features Hawkeye, Black Widow, Captain America and even Spider-Man.

If you’re on the East Coast, Baby Groot is currently appearing in Disney’s Hollywood Studios.

Guardians of the Galaxy – Mission: Breakout! opens on May 27, 2017 in Disney’s California Adventure park in Disneyland. 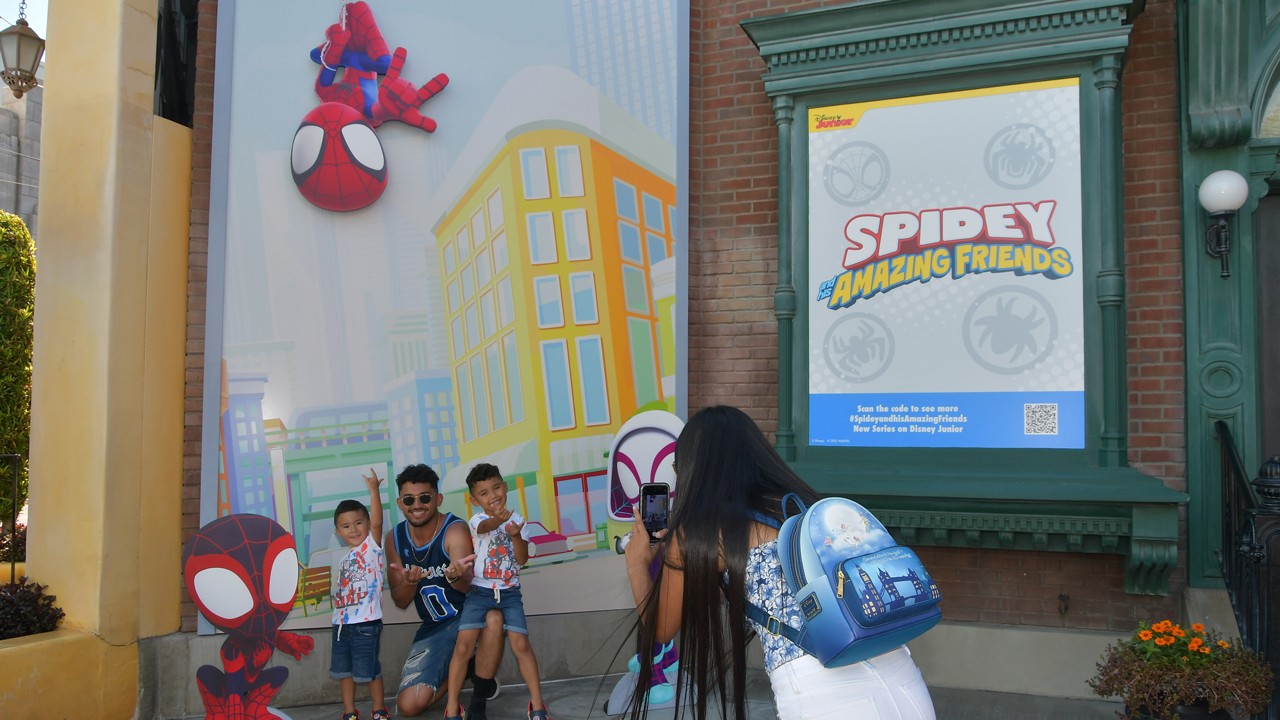 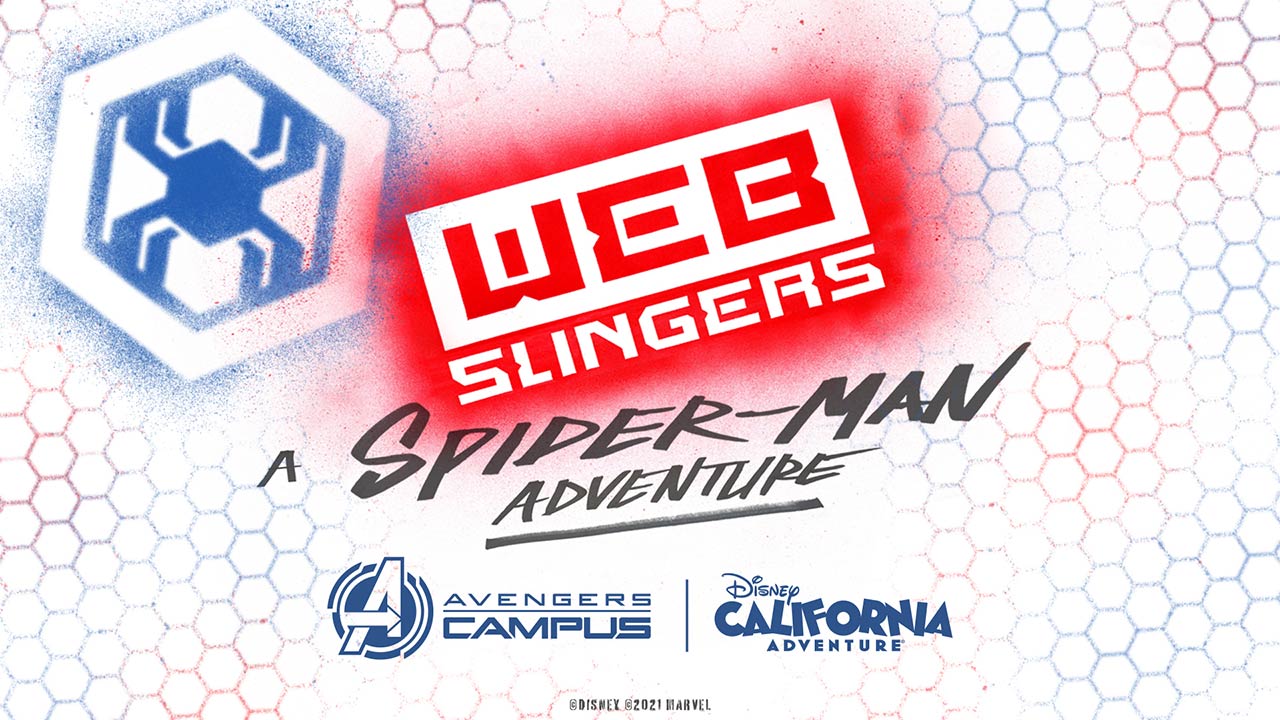