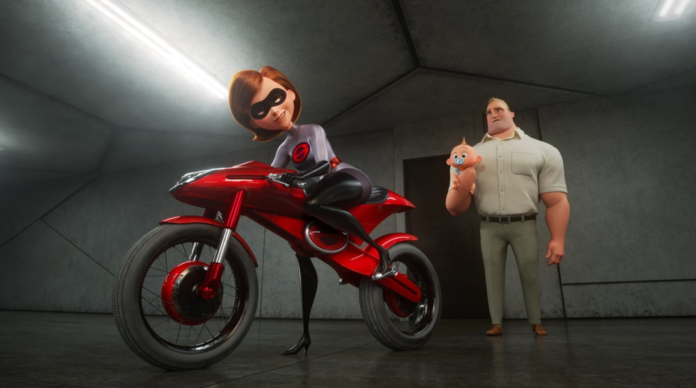 After a 14-year break, Disney-Pixar finally gives us an incredible sequel to The Incredibles. The Parr family return for another fine outing from director Brad Bird, and it was definitely worth the wait.

Incredibles 2 takes place directly after the events of the first film. The Parrs and Frozone are squaring off against The Underminer (voiced by Pixar’s lucky charm, John Ratzenberger) who appeared at the end of The Incredibles.

After Supers are once again blamed for the damage, and the Super Relocation Program is shut down. The Parrs find themselves out of work and out of options, staying at a cheesy motel and contemplating the daily grind once again.

They are contacted by telecommunications tycoon Winston Deavor (Bob Odenkirk) to enact a PR plan to legalize Supers once again. Elastigirl (Holly Hunter) is selected to go solo, leaving Mr. Incredible (Craig T. Nelson) at home alone with the kids — including baby Jack-Jack, who is super-powered to the max and unable to control all of his abilities.

Meanwhile, a new menace called the Screenslaver appears, being able enslave anyone through hypnosis transmitted through TV screens…

It’s Pixar. It’s good. It’s really good. And the 14-year gap between this film and the previous film has definitely allowed for improvement in CGI. However, you won’t feel those years as time stopped for the cast of The Incredibles. Everyone is exactly where we left them in 2004.

The Parrs have a lot more character development this time around, as they’ve already been introduced. This is particularly true of Violet and Jack-Jack, who sat out most of the last film.

The movie does a great job bouncing between high-octane action scenes and comedic “everyday life” scenes, much like its predecessor. However, the “feels” aren’t quite as strong in this one as they usually are in a Pixar movie. No box of tissues required this time around.

The movie is excellent, but not quite as good as the first one in my opinion.

I’ve been struggling to figure out just why I’d rank it lower, and I guess it comes down to the concept not being as fresh as it was the first time around.

Also, the plot is similar to the first film, but with Helen working as the Super and leaving Bob at home this time. Winston Deavor is a less malicious Syndrome — a wealthy tech billionaire who geeks out over the Supers, and who is Elastigirl’s employer.

Really, we’ve been there, done that. It’s more of the same — but that’s okay. The Incredibles is my all-time favorite Pixar film, and The Incredibles 2 is a worthy successor (unlike Cars 2 or Monsters University.)

It’s a great film; worthy of the Pixar name. And with plenty of room left for another sequel, I hope we see Incredibles 3 within the next decade. 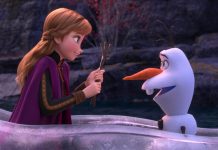 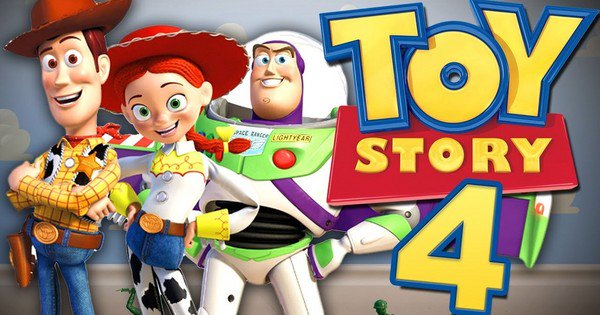