Today Disney has released the first of four news songs from the hotly anticipated Broadways version of Frozen.

The new track is called “Monster,” and is performed by Caissie Levy as Elsa. It’s the first of four new songs by Kristen Anderson-Lopez and Robert Lopez, the songwriting duo responsible for the music from the animated film. Disney plans to release one track per week leading up to the musical’s opening on

From the New York Times…

Their answer is an introspective number called “Monster,” which Elsa, the Queen of Arendelle, sings at a moment of high crisis: afraid of the damage caused by her magical power to create ice and snow, she has isolated herself atop the North Mountain, but her flight has left her kingdom in eternal winter, and a hostile group of townspeople is arriving to confront her.

The song, in dark minor keys, with a militaristic snare drum pattern, distorted guitar, and an off-balance 7/8 time signature, is sung by Caissie Levy, the actress playing Elsa on Broadway, who has a rock wail honed in harder-edged musicals (“Hair,” “Ghost” and “Murder Ballad”). Ms. Levy recorded a concert-style version of the song at Gotham Hall in Manhattan, and Disney has now released the video of that recording — the first of four “Frozen” song recordings it is rolling out during the month of previews leading up to the show’s opening on March 22.

The Times article goes on to interview the Lopezes, and can be read in its entirety here.

Harry Potter and the Cursed Child Returns to Broadway Reimagined! 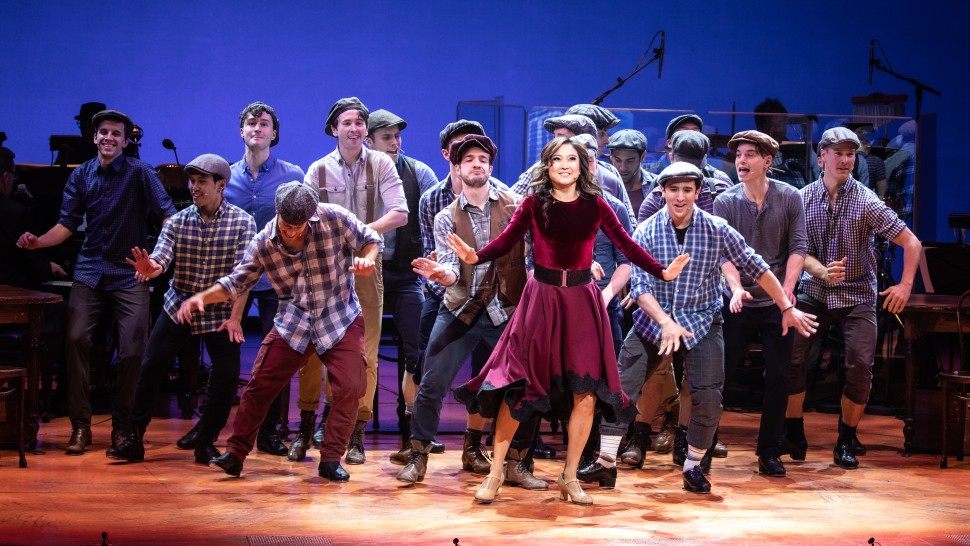 BREAKING: BROADWAY RETURNING AS EARLY AS THIS SUMMER!

NEWS: FROZEN THE MUSICAL TO RETURN IN THE UK!