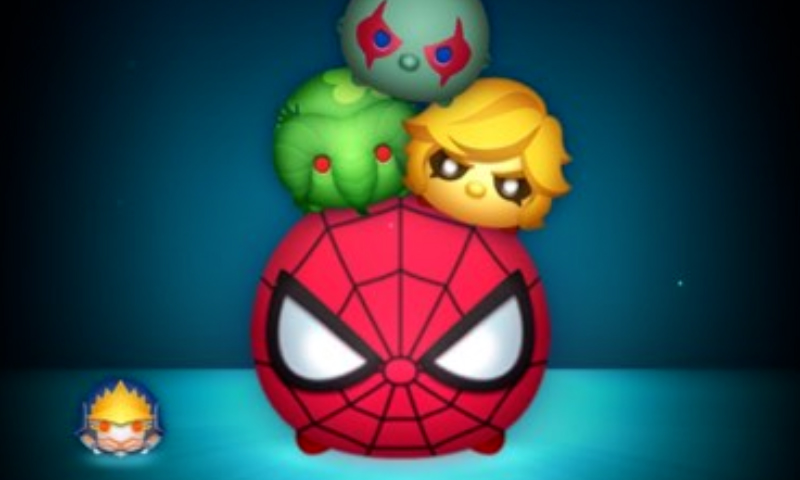 While the LINE Disney Tsum Tsum app continues to steam ahead with millions of players worldwide and new monthly events, the international version of its spinoff MARVEL Tsum Tsum is being discontinued on October 31, 2017.

The app was introduced last August, and features many characters from Marvel Comics and Marvel Studios films. While it was developed by the same company as the Disney Tsum Tsum — PlayArt — it was distributed by XFlag and not LINE. And that may be the underlying issue, as LINE has access to millions of potential users across many platforms to promote their version of the game. The Marvel Tsum Tsum game is also limited to only Marvel characters (some very obscure), while the Disney Tsum Tsum app pulls popular characters from Disney and Pixar films, as well as Star Wars, and most recently, the Kingdom Hearts franchise.

It’s unclear whether or not Marvel characters will be added to the remaining Disney Tsum Tsum app once the Marvel app is shut down.

Below is the in-game notification from XFlag, detailing why the game is shutting down and what players can expect. 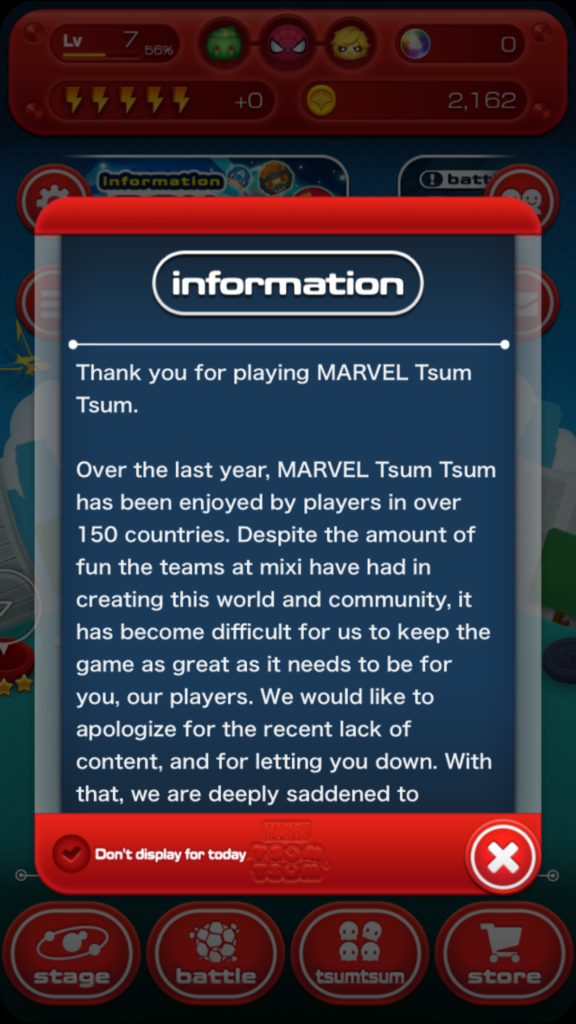 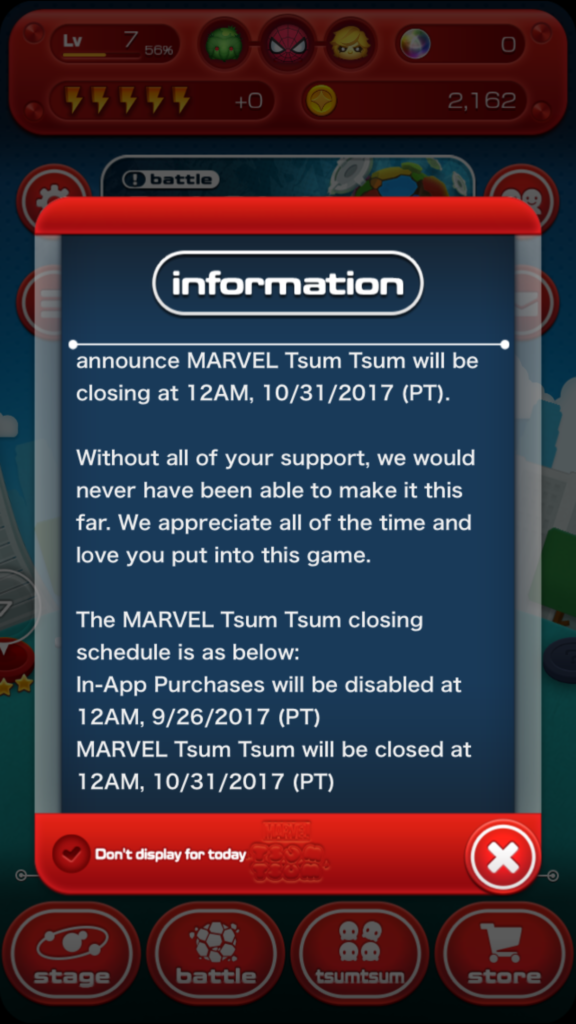 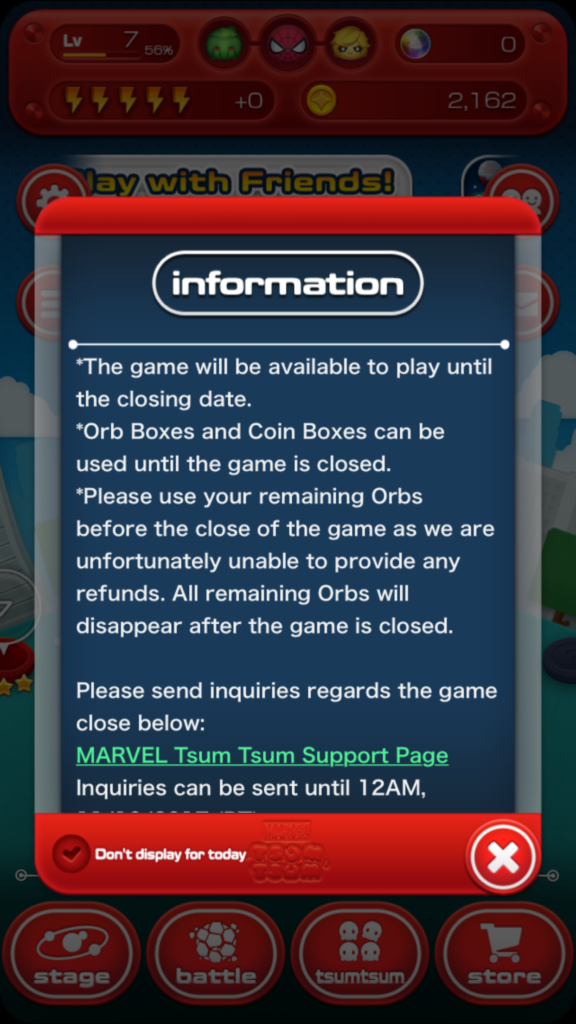 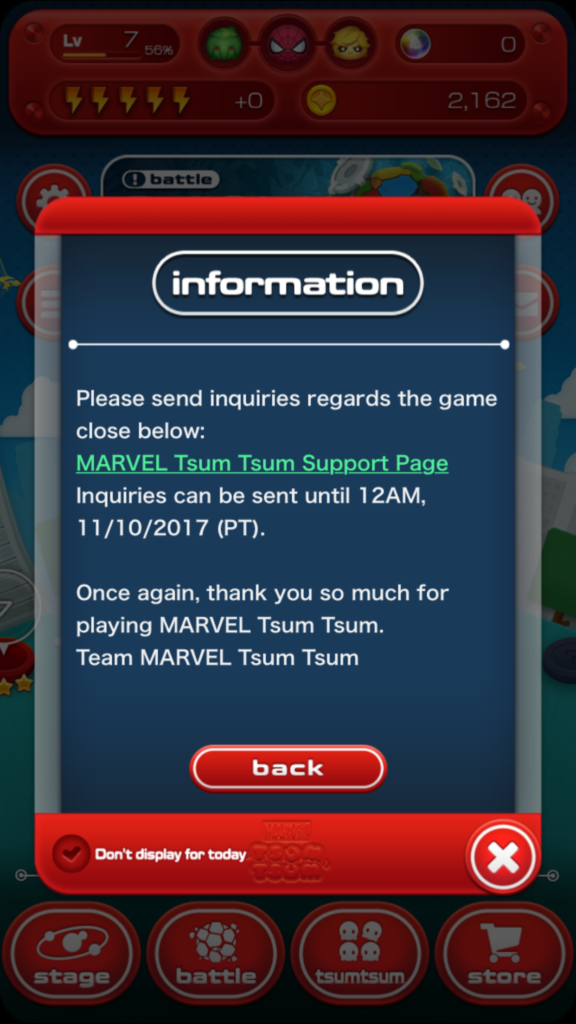 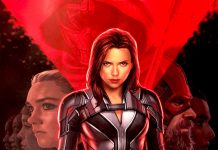