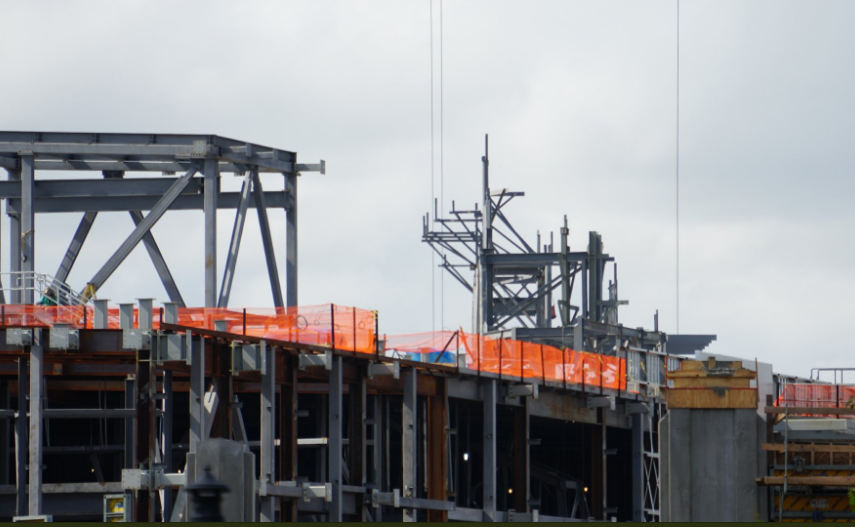 According to WDWMagic, there have been two new permits filed in regards to the construction on Star Wars: Galaxy’s Edge at Disney’s Hollywood Studios in Walt Disney World, Orlando.  Both permits list the following location as “384 Cypress Drive Project D – 1004W.”  They seem to think this is where the Battle Escape attraction is located.

The first permit filed identifies who’s working on the project.  They are listed as:

The second permit filed seems to be for the rock work going in the area.  It lists as:  “Project D – Exterior Architectural Ornamentation and Scenic Elements” and The Nassal Company is listed as the contractor.  There will be a great deal of rock work needed for the spires and environment of Star Wars: Galaxy’s Edge.

Bioreconstruct on Twitter recently posted images of scaffolding being put in place to work on the rock structures.

There were also some new concrete entry ways put in leading from Grand Avenue into the Galaxy’s Edge area.

WDW Magic also has some great aerial shots of the construction.  You should head over there and check it out!

Man Arreseted At Disney Springs On NYE- He Was Carrying A...