With the May 27th opening of Pandora – The World of Avatar being close at hand, Disney is starting to ramp up the promotion for Animal Kingdom’s largest expansion to date. A new television spot featuring film director James Cameron was released during last night’s broadcast of the Academy Awards, and it gives us our first glimpses of the Pandora landscape.

Does Avatar Belong in Disney World?

Earlier this month, Disney Imagineering legend Joe Rohde appeared in a video that seems to be addressing the concerns some Disney fans have over whether or not Avatar (a non-Disney IP) even belongs in a Disney park.

Many of these complainers seem to forget about Star Tours (pre-Lucasfilm acquisition), or most of the films showcased in The Great Movie Ride. There’s been precedent for Disney to utilize non-Disney movies in the parks, but not to the extent of an entire themed land.

Before Pandora, there was Beastly Kingdom

For those who feel that sci-fiction or fantasy doesn’t belong in Animal Kingdom, you might be surprised to hear that Pandora will occupy the same plot of land that was originally set aside for Beastly Kingdom. Beastly Kingdom was to feature mythological creatures such as dragons and unicorns, and was supposed to have at least one E-Ticket attraction — a coaster that featured a ride into a dragon’s lair. Budgetary constraints forced Disney to shelve the project indefinitely, and they put Camp Minnie Mickey in its place. However, some of the original ideas live on in Universal’s Islands of Adventure as well as other Disney theme parks around the world.

When Pandora – The World of Avatar opens on May 27, 2017, it will open with two new attractions: Flight of Passage (a banshee ride simulator) and the Na’vi River Journey (a dark / boat ride.) Additionally, a restaurant called Satu’li Canteen, a watering hole called Pongu Pongu, and a shop called Windtraders are also expected to ready on opening day. 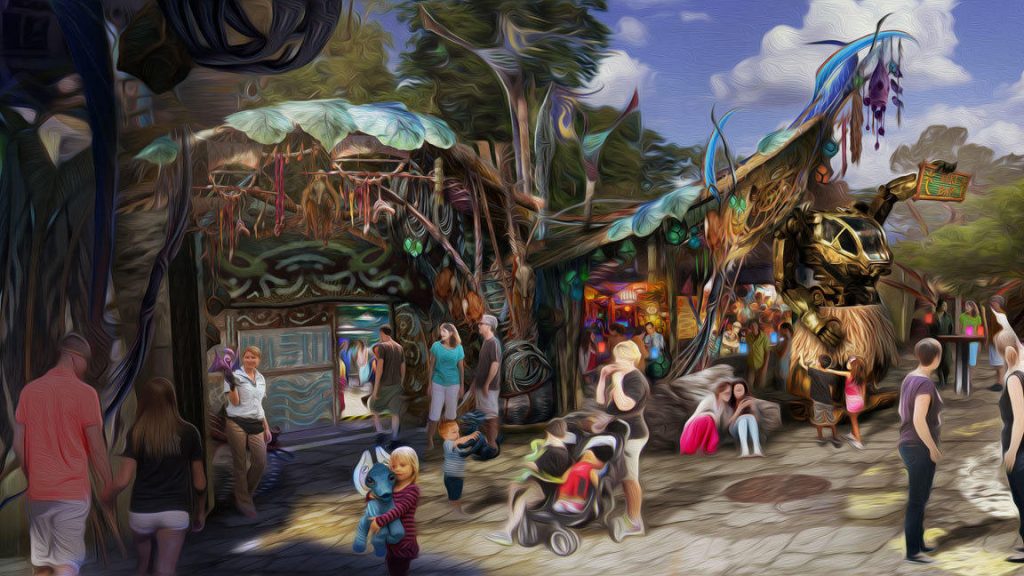 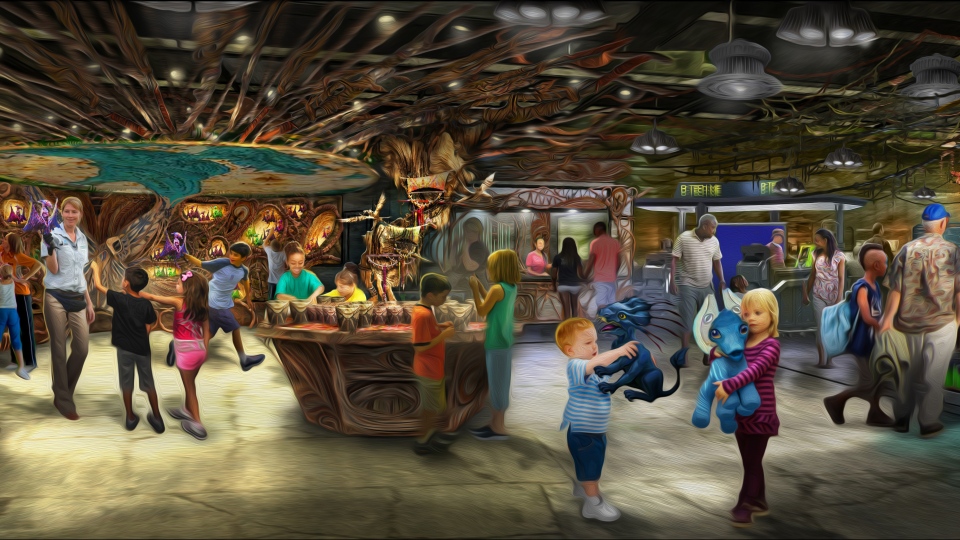 What are your thoughts on Avatar coming to Walt Disney World? Comment below or discuss it in the forums.