Or should we say Michael Rooker (who portrays the blue-skinned bounty hunter in both Guardians of the Galaxy movies) got to meet Mary Poppins in Disneyland.

Need proof? Rooker posted a photo on his official Facebook and Instagram accounts, racking up thousands and thousand of likes and shares in less than one day. 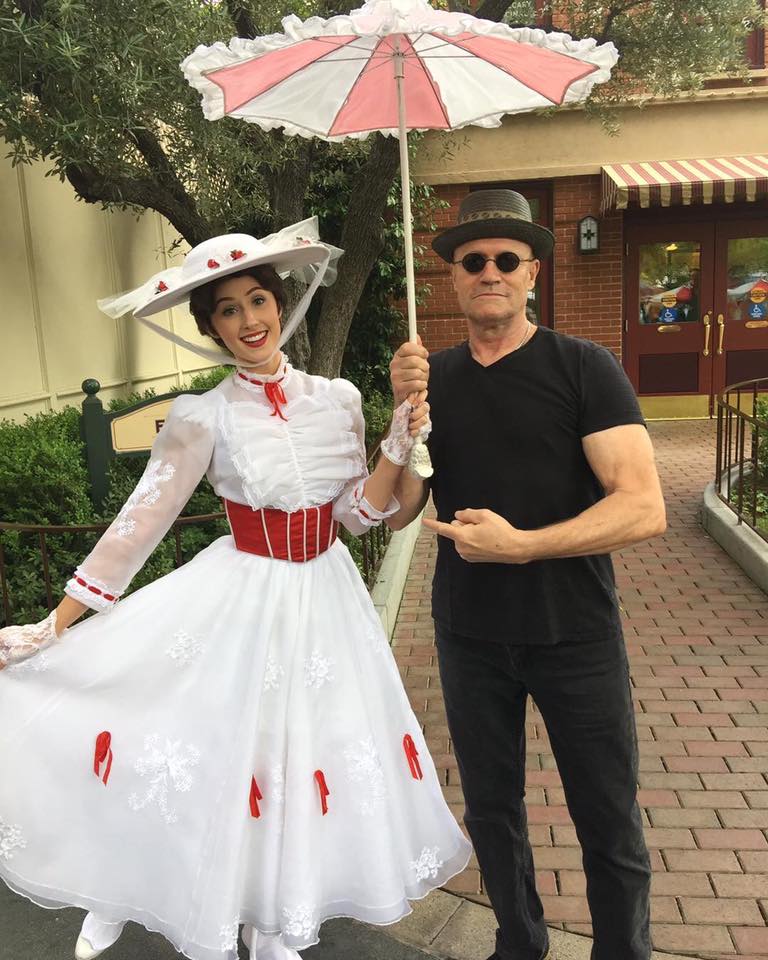 Guardians of the Galaxy Vol. 2 Spoilers ahead!

In first Guardians of the Galaxy film, Yondu kidnaps Star-Lord aka Peter Quill (Chris Pratt) as a child and intends to deliver him to Ego the Living Planet (played by Kurt Russell in the second film.) It turns out that Ego has been killing the children Yondu was delivering to him, so Yondu keeps Peter for himself and becomes a surrogate father figure (albeit a tough one.)

Near the end of Guardians of the Galaxy Vol. 2, Yondu is holding on to his arrow just as Mary Poppins holds on to her umbrella. Star-Lord comments that he looks like Mary Poppins, and that Mary Poppins is cool.

It could also be said that Yondu was very much like Mary Poppins in that he gave Peter a firm upbringing, but really did love the boy.

But hey, if we have to explain it to you, it’s simply not funny.

If you’ve missed Guardians of the Galaxy Vol. 2, you need to go see this film. It’s a blast from beginning to end, and is quite possibly the best Marvel Studios movie to date.

It’s doubtful that Michael Rooker’s Yondu will return for a third Guardians of the Galaxy movie, because… reasons.