This not-so-secret new coaster that Universal is building is causing quite the stir online! Universal still has made no official announcement regarding the new Jurassic coaster, and now it looks as though the construction is continuing at a steady pace over at the theme park.

The Orlando Informer posted this Tweet yesterday with a photo of what looks to be a giant raptor not so stealthily wrapped up:

Life, uh, finds a way… just like this giant wrapped raptor is making its way onto the unannounced coaster in Jurassic Park via crane. pic.twitter.com/oB4Qjbv36v

It gets even more entertaining that this is such a “secret” and Universal seems to be making it a joke themselves:

It’s quite hilarious at this point that Universal has not addressed the big T-Rex in the room, or in this case a big Raptor!

The soon-to-be Jurassic coaster will be located inside the Islands of Adventure theme park at Universal Orlando. In 2019, they expected construction to take about 6 months, however, due to COVID-19, several construction projects came to a pause.

This Tweet from 2019 talks about the assumed layout of the unannounced Jurassic Coaster at Universal Orlando:

We will see how much longer it will take for Universal to make the “surprise” announcement about the new Jurassic coaster! 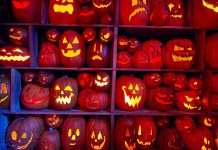 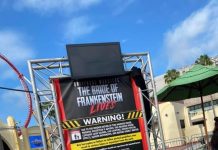 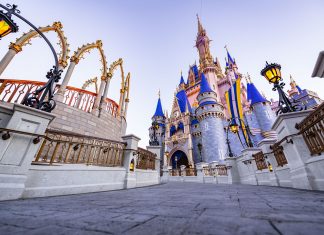