Just last week, on May 4, I was able to attend Disneyland After Dark: Star Wars Nite. The event runs on three different nights during May: May 3, May 4, and May 27. I was so excited to be able to attend on “Star Wars” day, and it was a magical experience being immersed in the magic of the night with other “Star Wars” fans. I’ve been a fan of this saga since I was a kid, and over the years, more characters and storylines have been introduced, and even more, is to come! It was exciting to celebrate different characters, planets, food, etc. The event runs from 9:00 PM to 1:00 AM, and while that is late for many people, there is so much to keep guests entertained and engaged all evening long.

If you are attending the next Star Wars Nite on May 27, you’ll want to note that you can enter the park three hours early, starting at 6:00 PM; Cast Members start ushering guests without an event ticket out of the park at 8:00 PM. While the event does run officially for 4 hours, I will say that it is just not enough time to experience everything. It’s best to plan ahead on which characters you want to meet and greet, what entertainment you want to line up for, what food you want to try, etc. So much goes on, and the lines get pretty long, so I will be honest and say it’s just impossible to see and do it all. I am here to share how I planned my night out and provide some tips so that you can have the best experience possible, whether you are attending the last Star Wars Nite on May 27 or any other Disneyland After Dark event.

A full list of all the experiences can be found on the Disneyland app or online. There are so many options on “Star Wars”-themed food, and I didn’t want to waste time standing in lines to order, so I planned out ahead of time what food, treats, and drinks I was going to try. Most spots offer mobile order, and I went ahead and mobile ordered my dinner for 8:00 PM (you won’t be able to order event food before that time) earlier in the day. I was so glad I did because I noticed that most dining spots didn’t have available times until after 10:00 PM when I got to the park. Before the event officially started, I headed over to Galaxy’s Edge and snagged a spot on Oga’s Cantina Walk-Up list from the mobile app. Although it is a “Star Wars”-themed bar, they had a special drink for the event called the “Sith Scorcher.” You will love this if you’re like me and don’t like your alcoholic beverages to taste strong! It features Hendrick’s Gin, Chinese 5-Spice Syrup, Cranberry Juice, Lime Juice, and Cranberry Syrup. It’s a rich and deep flavored drink with a hint of fruitiness. I was shocked by how little alcohol I tasted and how delicious it was!

As I stated previously, I mobile ordered my dinner earlier in the day; I ordered the Dathomirian Cannelloni from French Market. This dish features Seafood-stuffed Black & Red Pasta with Shrimp, Chard & Andouille Creole Sauce. It was absolutely phenomenal, and I ate every single bite. The flavors blended so well together, and there was plenty of shrimp. Honestly, it’s probably one of the top best dishes I’ve ever had at Disneyland!

For dessert later in the evening, I ordered the Parfait of Mustafar from Galactic Grill in Tomorrowland. This dessert is a Chocolate Lava Cake, Chocolate Ganache, Red Pâte à Choux filled with Salted Carmel Pudding, and Red-colored White Chocolate Mousse. I l LOVE lava cake and was pretty excited to try this dessert, but honestly was a bit disappointed with it. Usually, lava cake is warm and gooey, but this was room temperature, and I really had to pull it apart with my fingers to get to the filling. The mousse at the bottom of the cake is almost too much on top of the filling. It was decent, but there are so many other treats to try for Star Wars Nite, so if you plan on only trying one or two things, I think it’s safe to say you can skip over this one.

While yes, there are way shorter wait times for rides during the Disneyland After Dark events, that won’t want to be your primary focus. At “Star Wars” Nite, there are so many different characters from the world of “Star Wars” all around the park. Some of the characters include Darth Vader, Senator Palpatine, Darth Maul, Rey, Jawas, Sand People, etc. Your ticket includes PhotoPass, so you will want to take advantage of those meet and greets since most of these characters are not ones you will see throughout the year during regular park hours. I am also not going to lie; the lines for character meet and greets are LONG. On average, the lines were from about 45 minutes to an hour and a half. With the event only running for 4 hours, it’s just impossible to do everything the event has to offer. Take a look at the Disneyland app or reach out to your Academy Travel Agent to see which characters will be available and pick one or two ahead of time that is a priority for you to take pictures with. I chose to do a meet and greet with R2D2 as well as Darth Vader and Senator Palpatine. Vader is at the Tomorrowland Stage, and both Palpatine and Darth Maul share the stage with him and switch each other out every 25 minutes or so. If you get a picture with Darth Maul, you will get a picture with either one of those characters as well!

This event offers a few different entertainment options as well! Of course, there are the “Star Wars”-fireworks at 9:30 PM, and the show is about 5-6 minutes long. There is also the March of the First Order in Tomorrowland, where Captain Phasma and her Storm Troopers march through Tomorrowland looking for the First Order spy. They do this three times throughout the night, so you have a few opportunities to see it. There’s also Lightsaber training in front of Small World, a costume showcase down Main Street, a Galactic DJ Party Zone, and you catch the Cantina Band playing fun tunes down the Rivers of America throughout the evening! 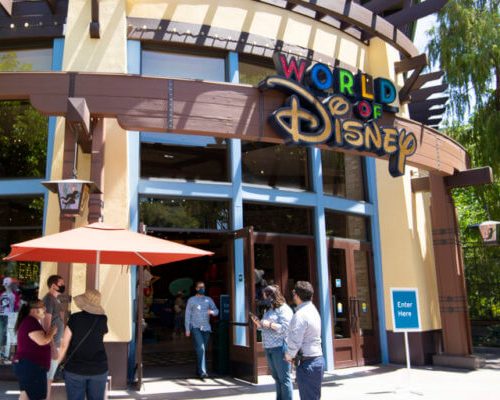 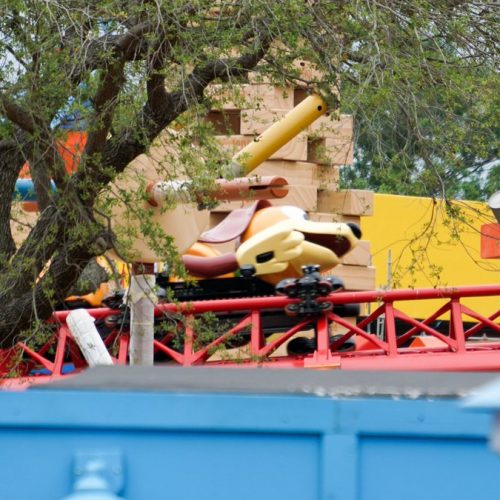 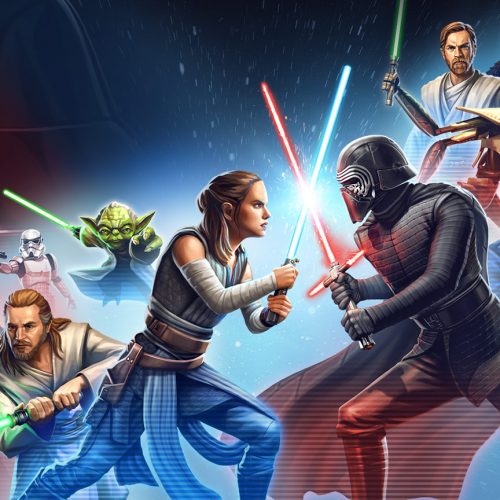