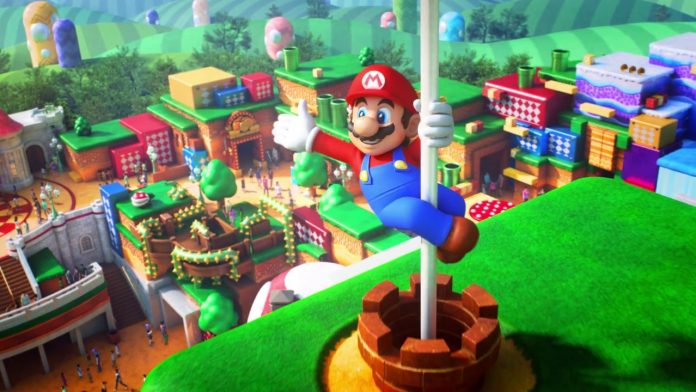 We’ve been talking about Universal’s rumored third gate for quite some time, and now it seems like we might have an official name: Universal’s Fantastic Worlds.

The third park will contain the highly-anticipated Super Nintendo World, as well as even more Harry Potter. But if leaked documents are to be believed, this park is being build with expansion in mind. Who knows what future properties may wind up in Universal’s new playground?

It’s also being built with Disney in mind, as the new park layout is reportedly going to feature a “hub” leading into multiple themed lands like Disneyland and the Magic Kingdom.

They also outline how Universal wants to compete head-to-head with Walt Disney World and become a weeklong vacation destination like the House of Mouse.

The leaks come from Alicia Stella at OrlandoParkstop.com, and seem to be pretty official.

Here’s how she obtained them…

Recently I received some photographs from an anonymous source. They appear to be of a page from a handout, that I assume was given to people that participated in a Comcast employee town hall back in December. The page contains information on Universal Orlando’s new, yet to be announced, theme park.

Last month, someone on Twitter posted a photo of what appeared to be a slide from a presentation with the name of Universal Orlando’s new theme park on it, Universal’s Fantastic Worlds. This was a name we had seen a trademark for and one I had been reporting on for quite some time. The document we’re taking a look at today shows us new details that were apparently meant to accompany that slide, as well as a new variation on the Fantastic Worlds logo.

Ladies and gentlemen, I give you: UNIVERSAL'S FANTASTIC WORLDS!

And, of course, Super Mario.

The word is Orlando will be getting a clone of the Super Nintendo World that is currently being constructed in Japan as we speak.

Disney is Universal’s #1 Target. Can they compete head-to-head?

It’s clear from the information that Universal Orlando absolutely wants to take on Disney, not only by seemingly replicating a familiar park layout, but by bringing in some heavy hitting properties like Nintendo.

And let’s face it — Nintendo is the Disney of the video game world. In fact, some would argue that Mario is more popular than Mickey Mouse these days.

Here are some snippets from the document…

“The brand new theme park will be located along Universal Boulevard and will be one of the largest parks we’ve built – to date. Even so, we are building the park with a large amount of room for future expansion, allowing for the ‘World’ of any movie, television show, video game, or more to be featured in our brand new theme park in the future.”

“[While] our creative teams are still in the early stages of developing the new park, we can already reveal some more details besides just the name. The park will be designed in a ‘hub and spoke’ design, with a central icon and space, known as a ‘hub’, allowing for easy wayfinding between the many immersive worlds.”

Clearly Universal is ramping up their efforts to go from being second to Walt Disney World, to truly being the Orlando destination. From Volcano Bay, to a plethora of new hotels, they’re expanding at a rapid rate.

If they play their cards right, kids might be begging parents to “Go see Mario” instead of Mickey.

They have a long way to go, clearly, but this fierce competition between Universal and Disney is great news for theme park enthusiasts. Never before has there been so much going on at both destinations. There literally is something new coming at Disney and Universal every year into the foreseeable future.

You can read more and see scans of the original document here.

Are you excited about Universal’s third theme park? Comment below! 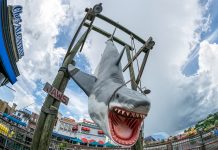