Howl-O-Scream is about terrify SeaWorld Orlando for the first time ever! Per the SeaWorld Orlando website “you will have to evade angry haunts as they rampage through scare zones. Seek shelter indoors, only to find you’ve entered a house of horrors. Deepen the thrill with a nighttime coaster ride. Quench your thirst for fear at a fiendishly interactive bar. Feel the monstrous electricity of a live show.”

Sounds like a terrifyingly spooktacular time! The event this year will run from September 10 through October 31. Not all of the Haunted Houses have been announced yet, however SeaWorld has announced their first Haunted House, a scare zone, and themed-bar experience!

Dead Vines is the first haunted house they have announced that will take visitors through a haunted woods where an “ominous force” is at work. The official description reads:

Something is stirring among the trees. A shiver runs down your spine as you creep forward, one timid step at a time. Is this jungle alive…or undead? There’s an ominous force at work here, a merciless mistress of ivy and evil. She’s poisoned these woods with an all-consuming appetite for visitors like you. Keep moving and find a way out before it’s too late. You don’t want to end up dead on the vine.

Witchcraft Bayou will be one of the scare zones which will taking visitors through a backwater bayou filled with voodoo and witchcraft. The Howl-O-Scream website describes the scare zone:

The cult is growing, and the lure is powerful. It’s hazardous to pass through this backwater bayou, but there’s no way around. Voodoo and witchcraft aren’t real, right? Tell that to the zealous worshippers trying to shackle you with their spells. They won’t rest until your soul belongs to her too. Stay alert, or the dark magic will drag you down.

You will be able to unwind with a refreshing concoction and explore the enticing atmosphere of this unearthly lounge. It’s a fleeting escape from the deadly vines and savage servants nearby. Just be sure to keep your eyes open and pay proper respect to the one who invited you in. You’re her guest here, and she’s always watching.

On the SeaWorld website there are 14 boxes that state they will be “surfacing soon” so we expect there will be even more hauntingly horrifying (and exciting) announcements from SeaWorld’s Howl-O-Scream!

We will keep reporting on this event as SeaWorld’s Howl-O-Scream makes more announcements! 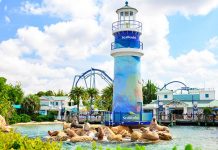 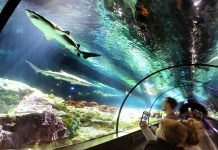 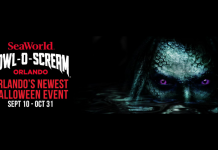 Howl-O-Scream Is Coming to SeaWorld Orlando This Halloween! 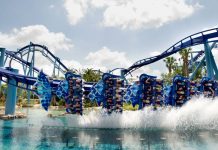 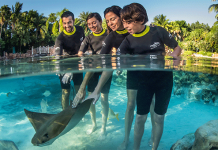 Face Coverings No Longer Required for Guests at SeaWorld Orlando!