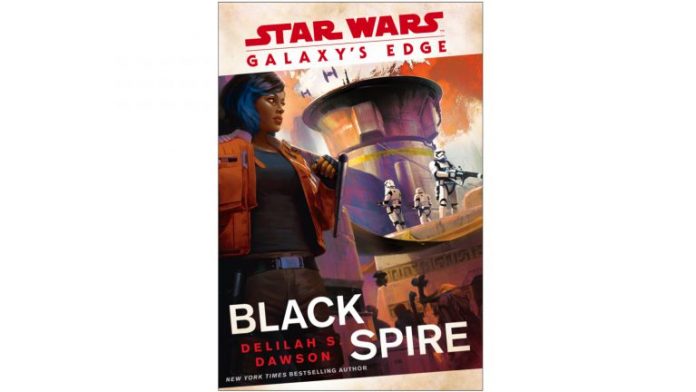 As a kid, Delilah S. Dawson had Star Wars sheets on her bed long before she ever saw her first Star Wars movie. As an adult, she’s now the author of the New York Times bestseller Star Wars: Phasma and the new novel Star Wars: Galaxy’s Edge: Black Spire. Safe to say, Delilah likes Star Wars a lot.

Delilah’s latest novel is set on the planet of Batuu, the same place guests find themselves in Star Wars: Galaxy’s Edge, the 14-acre land now open at Disney’s Hollywood Studios in Florida and Disneyland in California.

Recently, Delilah got to walk around Star Wars: Galaxy’s Edge and Black Spire Outpost, the same trading port from her novel. She even had a chance encounter with Vi Moradi, the Resistance spy on the book’s cover.

In Star Wars: Galaxy’s Edge: Black Spire, the Resistance has suffered devastating losses at the hands of the First Order and General Leia Organa has dispatched her agents across the galaxy. On Batuu, Vi Moradi may have found the three things the Resistance needs– allies, sanctuary, and firepower. On the run from a shuttle of stormtroopers, Vi will have to seek out the good-hearted heroes hiding in a world that redefines scum and villainy.

When Disneyland and Walt Disney World guests visit Star Wars: Galaxy’s Edge, they just might have their own encounters with Vi Moradi or stormtroopers, discover the secrets of Black Spire Outpost, and live their own Star Wars story.

This content was originally published on September 11, 2019 4:00 pm on the Disney Parks Blog. The Kingdom Insider takes no responsibility for errors in syndicated content. 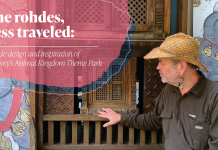 The Rohdes, Less Traveled: Inside the Design and Inspiration of Disney’s Animal Kingdom Theme Park 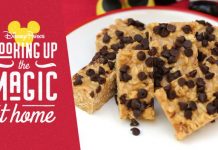 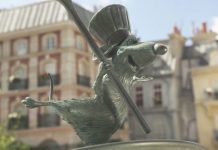 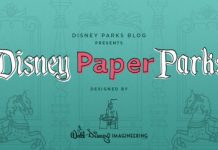 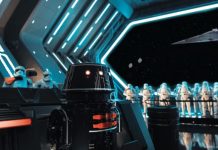 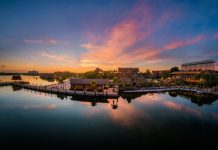