The trailer begins with Rey apparently continuing her training on the planet Ach-To, where Luke Skywalker has been in hiding. Luke tells her to “Breathe. Just breathe” and she can apparently move small rocks with the force. Luke then tells her to reach out with the Force and to tell him what she sees.

Rey says “light” as the camera pans to the back of General Leia (played by the late Carrie Fisher) and “darkness,” and the camera shows Kylo Ren’s destroyed mask. It then shows Rey looking at the Jedi Order insignia in what appears to be a giant tree, where she says “the balance.”

Luke says “it’s so much bigger” while training Rey in the ways of the Force.

The trailer then shows us several battle scenes on a planet that looks like Hoth meets the Bonneville Salt Flats, tainted with red soil or lava (complete with what looks like a new version of AT-AT walkers) and some shots of our heroes (Rey, Finn, Poe and BB-8) running about fighting.

We then see what appears to be a flashback to the destruction of Luke’s Jedi temple. This is presumably when he his the map to Ach-To inside R2-D2.

Followed by Luke saying that the Jedi Order must end. Huh?!

The Balance of the Force? A Star Wars Theory…

Is it possible that Luke Skywalker’s decision to end the Jedi Order will bring about the balance of the Force first prophesied in The Phantom Menace? That would be a nice way to tie up a “trilogy of trilogies” and move Star Wars in whichever direction Disney wants to move it into next.

Let’s face it, the Jedi were full of fail. At least the Jedi Order by the time of Episode I. They couldn’t detect the dark side right under their noses, and they had become bureaucrats with lightsabers. The Jedi Order probably had to die off, the same with the Sith, so that a new breed of Force user that is neither “light side” or “dark side” is born. The destructive conflict and narrow one-sided view of the Force by both Jedi and Sith prohibited Force users from reaching their full potential, whatever that actually is.

Anakin Skywalker (the Chosen One) fulfilled his role to bring balance by ending the Jedi Order, and destroying the Sith from the inside. The future of Force users is then put upon Luke Skywalker. It’s a completely clean slate. Why would he return to a system that clearly didn’t work? He tried, and failed, with Kylo Ren. It’s time for something completely new.

That’s just a theory, of course, but it would make for a pretty coherent narrative over the course of nine episodes. The Star Wars Saga films would be about the end of one era of the Force, and the rebirth of the Force through Luke and/or Rey. So yeah, the Force awakens once again after being held down by the dogmatic Jedi and corrupt Sith.

Also unveiled at Star Wars Celebration was the official poster for The Last Jedi. It’s very retro, calling back to the original ’77 Star Wars poster as well as Return of the Jedi. 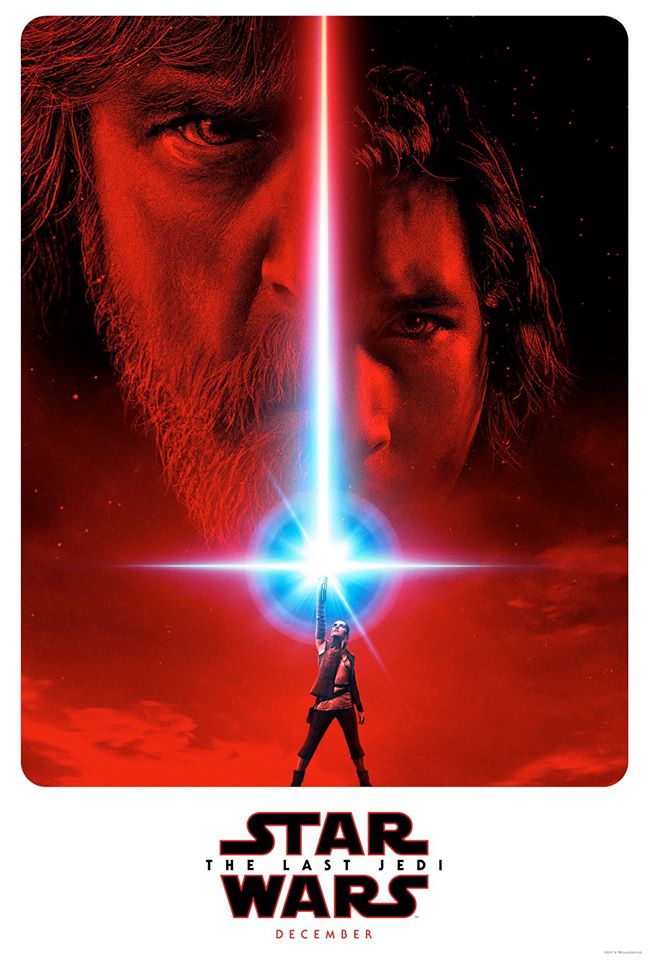 Both the trailer and the poster were unveiled live on Facebook, and the audience was incredibly enthusiastic.

What do you think? Will this movie live up to the hype? Will it be a re-do of The Empire Strikes Back, or will it blaze its own trail? Comment below or in the forums!