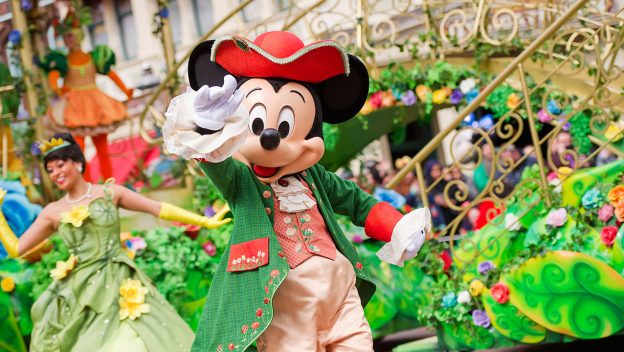 As part of the Disneyland Paris’s 25th Anniversary celebration, guest can participate in a new show allowing them to create their own adventure story.

It kicks off with the Disney Pirate or Princess: Make Your Choice! show.

This is a fun and interactive show that actually starts at opposite ends of the Disneyland park.  Disney Princesses begin their journey on a float through Fantasyland, while pirates sail down Main Street U.S.A. on theirs. Then both sides meet up at the Central Plaza in front of Sleeping Beauty Castle for the finale.

Guests can choose if they are on the Princesses or Pirates side of the park.

Don’t worry, the show takes place a few times a day so your party can take turns on both sides.

But that’s not all. There’s now a Festival of Pirates and Princesses

At this new event guests can see parts of the Pirates of the Caribbean during the new Disney Illuminations show. Also keep your eyes out for Jack Sparrow who can now be spotted with his pirate crew in Adventureland.

You can check out the Festival of Pirates and Princesses at Disneyland Paris, but coming soon will be the Marvel Summer of Super Heroes starting June 10.

On a personal note, I really love the name Pirates and Princesses, we actually host a podcast by the same name and you can check out shows on Mondays and Thursdays HERE. 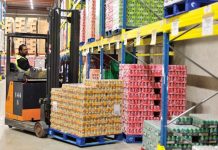 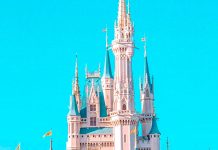 12 Disney Parks in the World, Spanning Across 6 Resorts- Come Monday, None of Them Will be Operating. 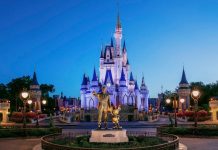 The Million Dollar Question- Do I Keep or Cancel My Disney Vacation? 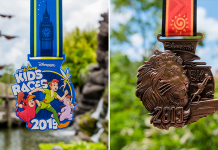 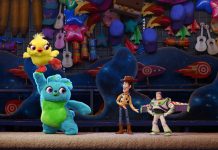 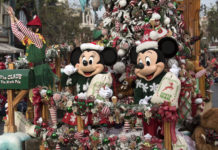