The Tomorrowland Transit Authority PeopleMover at the Magic Kingdom has been closed since before the temporary park closures, and it looks like it will stay closed until November 1st.

Board an elevated tram for a leisurely voyage through Tomorrowland. During your narrated tour, go behind the scenes of attractions like Buzz Lightyear’s Space Ranger Spin, Space Mountain and Star Traders retail shop. See architectural models of Progress City, the prototype for Epcot.

You’ll enjoy amazing up-close views of the park from a unique vantage point.

Guests have been unsure as to what exactly is happening with this Tomorrowland attraction as Disney never officially closed it down for refurbishment. Some have been speculating that Disney closed the attraction due to the construction work being done on the upcoming Tomorrowland roller coaster, TRON. Others have suspected that Disney just needed new parts to fix the PeopleMover. The Walt Disney World website has now officially updated their website to mark the PeopleMover as “closed for refurbishment”.

The shut down is reflected all the way through October 31, 2020:

Starting November 1, 2020, the Tomorrowland Transit Authority PeopleMover is no longer listed, so we can assume Disney plans on having this attraction reopened by then.

Continue to follow The Kingdom Insider for the latest Disney news and updates! 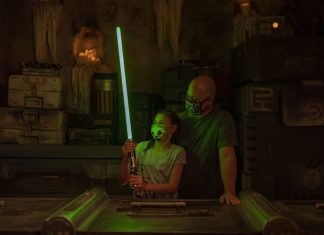