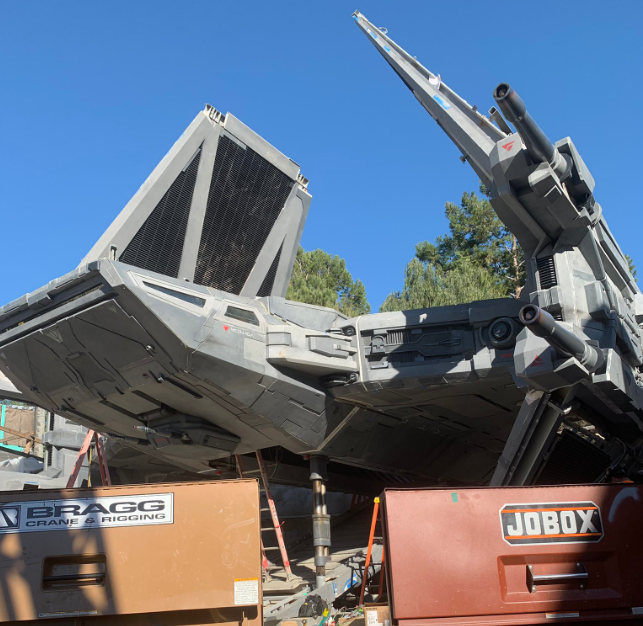 New details are emerging almost daily about Disney’s Star Wars theme park additions. Earlier this week, many major news outlets were able to post pictures and impressions from their preview of the hotly anticipated land coming to Disneyland and Walt Disney World.

Twitter user SWGalaxysEdge has posted what is believed to be the first photo of the TIE Echelon, which apparently was posted over on reddit.

As we get closer and closer to the opening of Galaxy’s Edge on both coasts, expect to see more leaks such as this, as it will be harder to hide construction.

Star Wars Galaxy’s Edge opens in Disneyland this summer and Hollywood Studios in Walt Disney World later in the year.

Things to ‘Know Before You Go’ to Star Wars: Galaxy’s Edge...