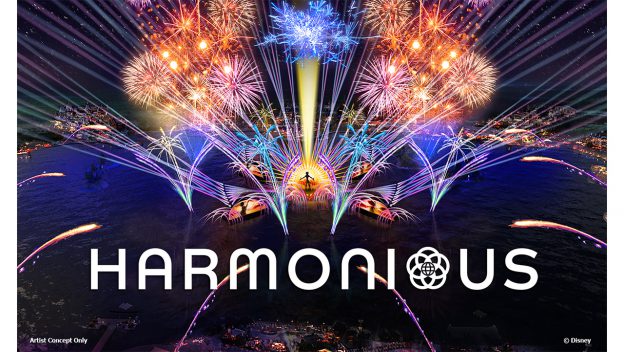 Initially scheduled to open in the Summer of 2020, EPCOT’S HarmonioUS was to be the biggest and most technologically advanced nighttime spectacular Walt Disney World had ever seen.

Due to the COVID-19 shutdown, and now modified plans with Disney’s reopening, it’s unclear when the new show will debut. What we do know, is that construction on the show and its sets are rapidly moving along.

Video from EPCOT Experience where it is likely a flat screens opposite sides of a circle at center of HarmonioUS, rather than a sphere. pic.twitter.com/HKGscC6HSc

Thanks to our friends at Bioreconstruct, we have a video preview of EPCOT’s new show- see above! Below, we also have several construction photos. 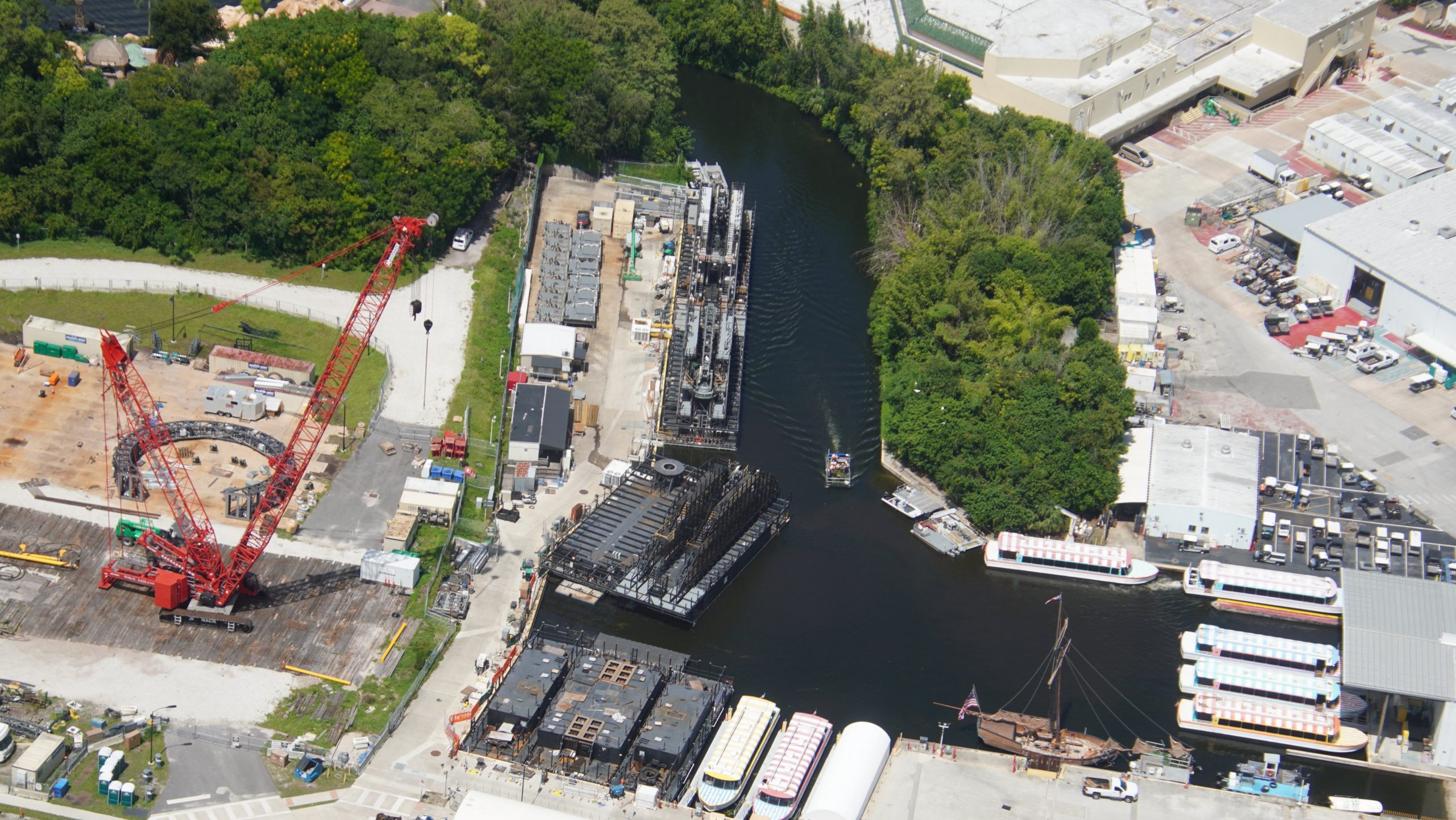 In the photos above, we’re given 2 aerial perspectives on the 7 barges that will be in World Showcase lagoon in EPCOT’s new HarmonioUS nighttime show.

Aerial view of one of the barges under construction for the new nighttime EPCOT show, HarmonioUS.

Aerial look at the 3 barges that will be joined to form a large central sphere in EPCOT’s new nighttime show, HarmonioUS.

Aerial look at construction of at 2 of 4 barges in EPCOT’s new HarmonioUS show. Semicircular walls will have video screens, with a rotating arm at center for additional lighting and effects.

Aerial overview of the construction site of HarmonioUS. At center is the ring that will be structural center of a sphere formed by 3 barges (at right arrow). Yellow arrow at components of rotating arms to be built in center of the other barges.

The two images above are of the current state of some of the utility platforms in World Showcase Lagoon for the upcoming HarmonioUS show.

Walt Disney World has yet to announce an official update for HarmonioUS, but we’re thinking it’s going to be sooner, rather than later. Considering it was supposed to start this past Summer, and factoring in the handful of months they have to make up from the shutdown, we’re hoping for the show to debut soon into the new year. 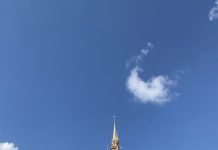 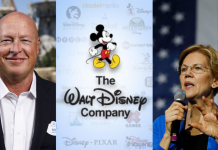 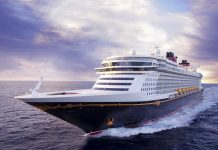