Disney really wants you to visit Walt Disney World this summer, and they’ve just announced a surprise sale on rooms to make you an offer that you might not be able to refuse. The promotion ties in with Pandora – The World of Avatar, and comes days after the company sent out direct mail pieces announcing Extra Magic Hours for the highly-anticipated Animal Kingdom expansion. 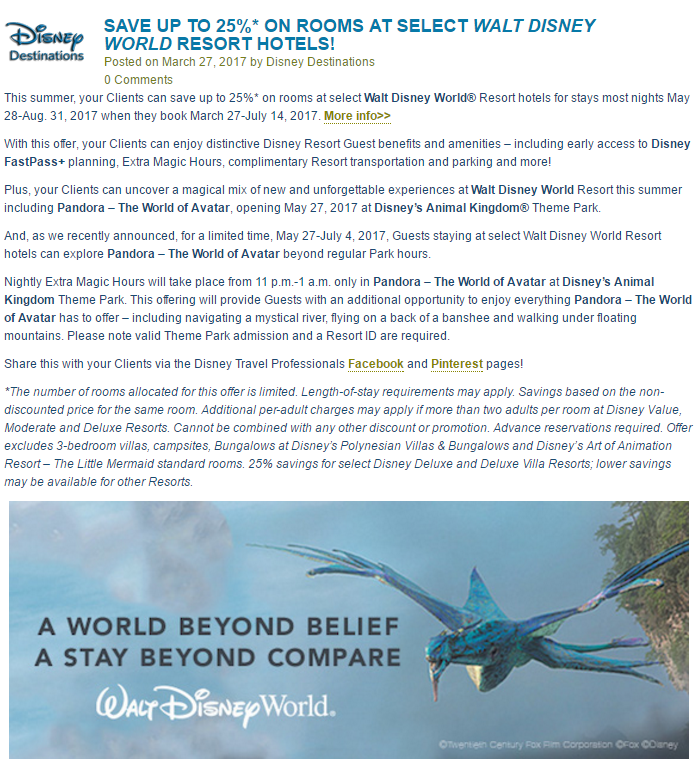 It’s clear that Disney is really making a huge promotional push for “Avatar Land,” even if they have little trouble filling rooms during the summer season. 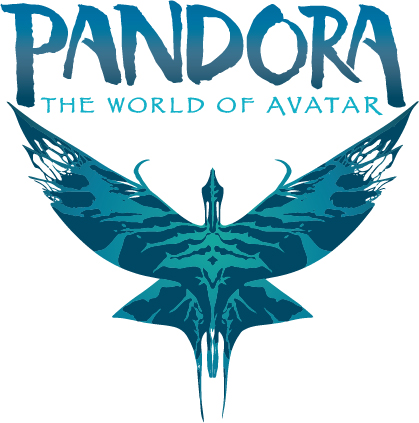 Will Pandora – The World of Avatar Be Worth It?

Disney is pushing Pandora very, very hard. And they do have a lot riding on the expansion. This is the first major theme park expansion focused on one movie universe, and it’s not even a Disney-owned IP. Clearly they’re trying to one up Harry Potter and friends across town at Universal. Knowing that, Disney can’t afford for Avatar to be a misfire and I’m sure Imagineering is throwing everything they’ve got at the project.

So the short answer is yes, Pandora will most likely be very worth the wait and it’s something you should try and see for yourself this summer. Apparently Disney agrees.

How Can You Get the Room Discount?

To take advantage is this room sale, you can contact your Disney travel agent or call Disney directly. We recommend dealing with a travel agent, however, as they can make you aware of even better offers as they become available. It doesn’t cost any more to use an agent than it does to book the vacation yourself, and they’re especially useful if you’ve never taken a trip to Walt Disney World before.

Pandora – The World of Avatar opens on May 27, 2017. The Kingdom Insider will continue coverage leading up to its opening, so stay tuned for more!