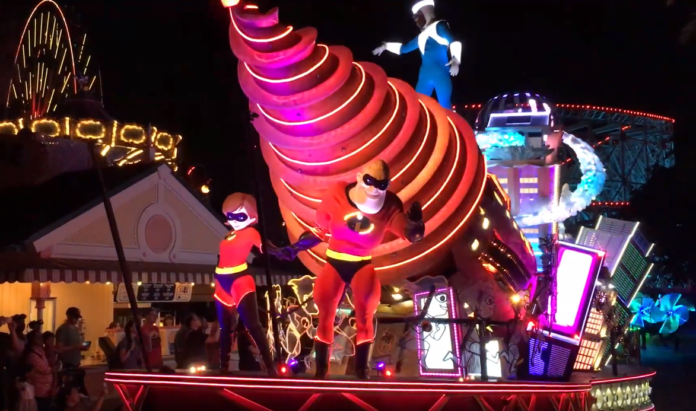 The Paint the Night electrical parade is back and revamped with a new emphasis on Pixar as part of Disneyland’s Pixar Fest.

The latest iteration of the popular Disney nighttime parade now features a new Incredibles float to celebrate the opening of The Incredicoaster.

We spent most of last week in Disneyland covering Pixar Pier and the Pixar Fest and you can check out our full video of the Paint the Night Parade here!

Disney Partners with Bonnier Publishing to Bring Book Lines to the...

REVIEW – ‘Incredibles 2’ Was Worth the Wait