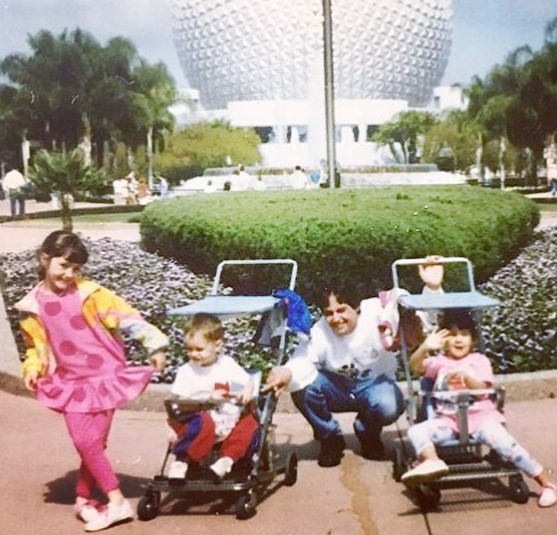 As far as I’m concerned, Walt Disney is the greatest storyteller of our time. Walt’s (and, by extension, the Disney Company’s) expertise for storytelling should be obvious: any parent who has dragged their screaming child past a Disney toy display knows how deeply ingrained Disney is in our cultural landscape. Walt had the ability to pull you down his story telling rabbit hole. By making characters come to life, suspending our reality and playing off our basic human emotions, Walt captured our hearts and our minds. That magic, that unique ability he had, is still capturing the hearts and minds of children today. The nostalgic feeling of being in Walt Disney World, reliving those core memories of being a child and escaping reality is Disney’s catalyst to creating the “magic.” When it comes to Disney, our inner lost boy or lost girl, is found. Disney is our home, it’s our childhood, and it all goes back to a man on a train, feeling defeated, deciding to pull out his sketch book and do what he did best- create. 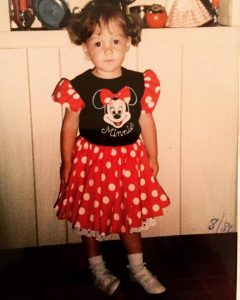 I was three when my parents first took me to Disney World. Just a little girl with pigtails, proudly rocking her Minnie dress until there were holes in it. Before I knew it, I was so obsessed with Disney that it was the only place I ever wanted to go. There were no other types of movies, channels, or characters in my life- only room for Disney. What my parents might not have realized was by taking me and my siblings on these Disney vacations, they were creating a family tradition, that would continue through our teen years and into our adult life. Walt Disney World soon became our yearly family vacation and the Polynesian (or as I refer to it, the “Poly”) quickly became our home resort. This past February we had a family reunion trip and we stayed at The Polynesian. As soon as we walked into the lobby, my siblings and I took a deep breath, looked at each other and said “it smells like our childhood, we’re home!” Here we were, these grown “adult-ish” 30 somethings, were now little kids again. On that same trip my Dad and I sat on the balcony of his room, at our beloved Polynesian. We watched the Water Parade go by (again, something we always did as little kids) and I asked him, “Dad, did you ever think that after all those years of taking us, you would be bringing your grandchildren some 30 years later?” He said “Little girl, never in my wildest dreams.” 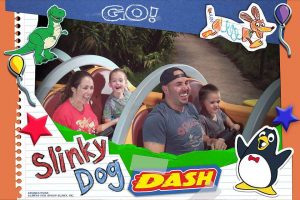 Flash forward 32 years after my first trip, I now have a family of my own. Going to Disney World with my children creates this endless state of nostalgia for me. On our last trip, it become clear to me that the role Disney has played in my life had come full circle- I’m able to experience Disney as a child again, through the eyes of my two little boys. One of our most recent Disney family memories was when my children went on their first thrill ride, Slinky Dog Dash. I held my son’s hand to get on the ride and the nostalgia hit me. For a brief moment , I was transported back to when my dad held my hand as we boarded my first thrill ride, Big Thunder Mountain. I don’t know any other theme park or vacation destination that can ignite such an emotional and nostalgic feeling, like Walt Disney World can. 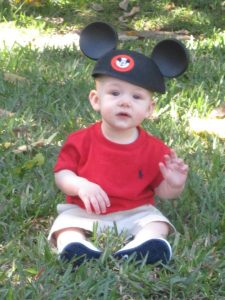 In fact, the exact moment I realized I was successfully raising tiny Disney loving humans was in a Target bathroom. I was potty training my son and so naturally, we were in there a good 15 minutes while he chatted my ear off and I waited for him to say, “I’m done!” Out of nowhere he shouts, “Mommy, the water in here smells like Pirates of the Caribbean water!” My son had been going to Disney since he was 5 months old and already the sights, sounds and smells of the parks had seeped into that absorbent little brain of his. I mean, we all know that Pirates of the Caribbean water has a smell to it, but how did a 3 year old know this? Is it possible that the nostalgia of Disney can reach even the smallest of us? It just goes to show that Walt and all he believed in are still alive and well in his parks. If you think about it, as big a company as Disney is, at their very core- they still honor Walt by tying him into their everyday routine. The Cast Members work as though Walt is still working alongside him.

Walt trained his Imagineers (shout out to his 9 Old Men) to think like he did and to tell stories like how only he could. Walt knew the easiest way to introduce nostalgia was through sight, sound, and smell- something Walt Disney World does seamlessly throughout their parks. By reading the words- “Walt Disney World Railroad,” I challenge you not to hear the blow of a train whistle in your head. Through sight, Disney’s movies ignite that nostalgic spark in all of us. I’m a product of Disney’s Renaissance Era. A period of time from 1989-1999 when Disney Studios created and released some of their best movies. The soundtrack to my childhood was composed by the greats; Alan Manken, Tim Rice, Hans Zimmer and Randy Newman. My favorite princesses were given life and a voice thanks to Jodi Benson and Paige O’hara, and I got to witness the rise of Pixar as I watched Buzz come to grips with the fact that he was a T-O-Y, toy! And if I’m being totally honest- I actually wish Tom Hanks and Tim Allen would stop discussing how emotional it was for them to voice the last few scenes of Toy Story 4, it’s giving me major anxiety about what might happen to Woody. As if him saying “so long partner,” to Andy at the end of Toy Story 3 wasn’t enough!

In January 2019, Walt Disney World launched its newest campaign- “Now More Than Ever.” The idea is to promote the central Florida resort and all its new experiences for 2019, proclaiming that now more than ever is the best time to plan a Disney vacation. But for those of us who consider ourselves to be “born Disney and raised Disney,” Walt Disney World has always been and always will be our #nowmorethanever. The allure of living happily ever after and every story having a happy ending never went away. With a Disney vacation you are guaranteed to experience the magic and nostalgia Walt set out to create. You’ll make core memories that will last forever and all of this contributes to the illusion that a Disney vacation is essentially priceless.

By returning year after year, we connect with our inner child and get back to that part of us that never really grew up. It’s the part of us that looks up at the stars and quickly tries to identify the second star to the right. Walt Disney World is the keeper of my happiest childhood memories- and I get to visit those memories every year. Those memories are alive in my heart, and now on the faces of my children. If that’s not happily ever after, I don’t know what is. 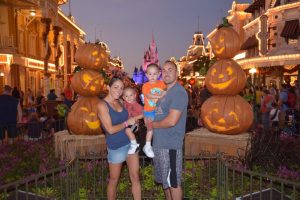