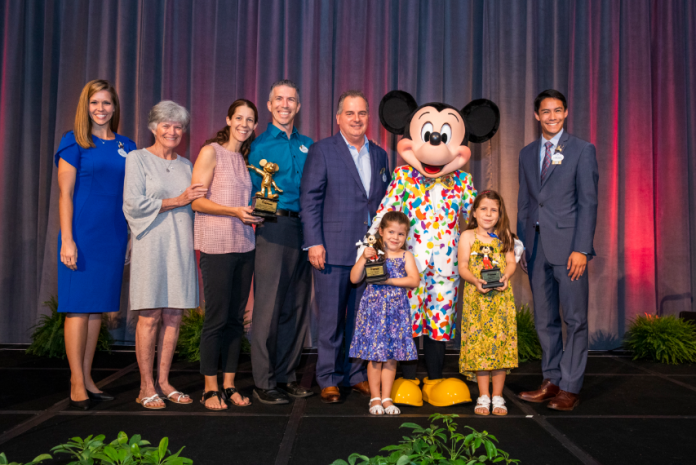 Walt Disney World is once again recognized its top VoluntEARS with a special surprise ceremony that took place on May 7 at Disney’s Yacht Club Resort.

The Disney VoluntEARs is a charitable organization made up of Disney cast members who donate time to helping charities and service organizations in their communities around the world.

While Walt Disney World Resort VoluntEARS are recognized year-round for their dedication to serving the Central Florida community, it’s only once a year top Disney VoluntEARS receive the highly sought-after title of “VoluntEARS of the Year.”

Each year, Walt Disney World Resort honors a VoluntEAR of the Year, VoluntEARS Team of the Year and VoluntEAR Family of the Year for taking their Central Florida community commitments above and beyond.

The 2019 VoluntEAR of the Year, VoluntEARS Team of the Year and VoluntEAR Family of the Year recipients were surprised and recognized in a ceremony held at Disney’s Yacht Club Resort on May 7, where they each were awarded a $2,500 grant to gift to a nonprofit organization of their choosing.

“Our Disney VoluntEARS bring their compassion for others beyond theme parks and out into the Central Florida community each and every day,” said Tajiana Ancora-Brown, director of external affairs at Walt Disney World Resort. “We are thrilled to celebrate this year’s VoluntEARS of the Year for their amazing work supporting local children and families and leaving cherished impressions on the place we call home.”

Debbie volunteered a total of 354 hours in 2018, taking her passion for nature into the Central Florida community by gathering supplies for animal care, tending to butterfly gardens at Lake Louisa State Park and educating fellow Cast Members on how to become a Disney VoluntEAR.

This team of 16 Cast Members participated in over 20 VoluntEARS events together throughout 2018 and united to support various causes, including gathering more than 800 toys for the U.S. Marine Corps Toys for Tots drive over the holiday season and collecting over 2,300 items for Walt Disney World Resort’s annual Back-to-School Drive benefitting A Gift For Teaching.

The team is also an active supporter of Quest, Inc.’s Camp Thunderbird — an organization that provides caregiving and recreational programs to children and adults with development disabilities — and has identified the organization as the recipient of their $2,500 grant.

The Baszner family completed over 300 volunteer hours in 2018. Jordan works with his family to maintain a Purple Martin habitat in his family’s neighborhood and educate neighbors and local students on species conservation.

Through volunteering together, the Baszner family has developed an even stronger bond and a shared passion for serving others. This inspired their decision to gift their $2,500 grant to Embrace Families, an organization that shares a long-standing relationship with Disney and offers support and services to children in need to ensure they receive the brightest possible future.

Together, the entire Walt Disney World Resort VoluntEARS team dedicated more than 360,000 hours of service to the Central Florida community.

Thanks to their many efforts and contributions, Disney VoluntEARS continue to make lasting change in the Central Florida community. Since the program was founded in 1983, Disney VoluntEARS around the world have dedicated over 8 million hours of service to those in need, bringing Disney magic into their local communities with passion and dedication. 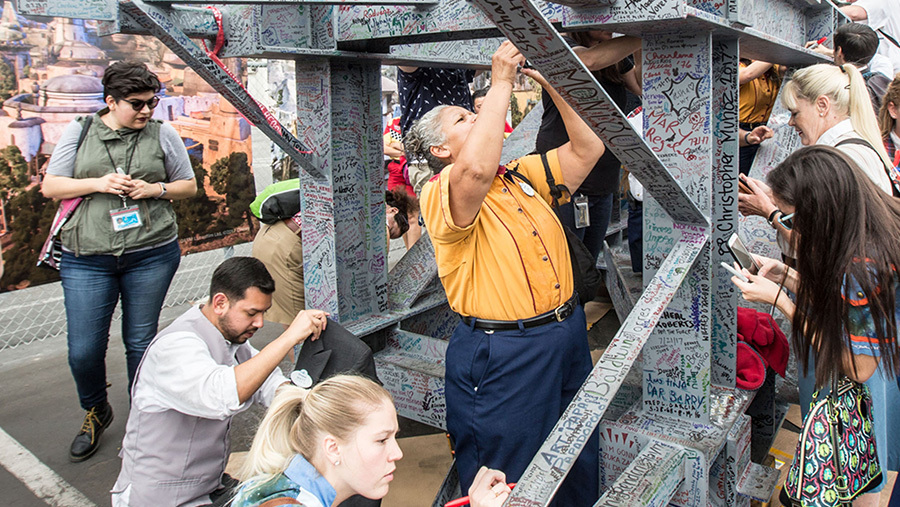 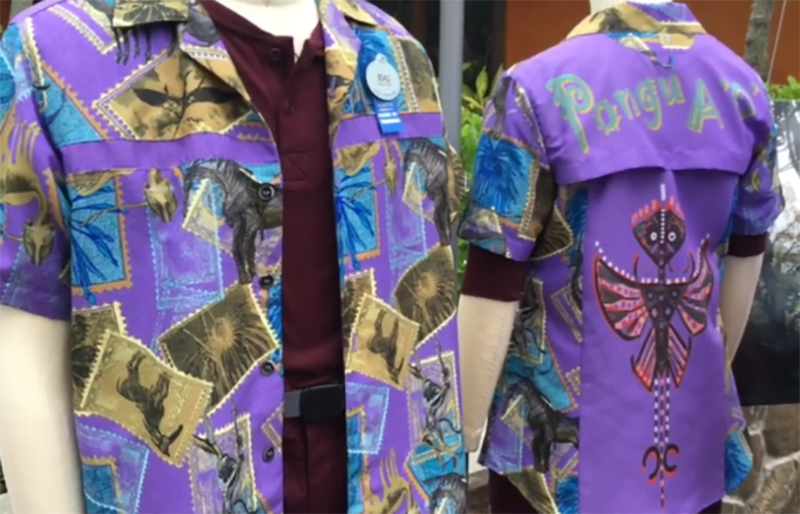