Full Disclosure: Hi, there! Before I pour my heart into a very personal article for me, I felt it was necessary to start with a brief disclosure statement. What I’m about to do is freeing and terrifying at the same time. Although I like to keep some areas of my life private, I recognize that part of this gig is being transparent and open with our followers. That being said, I decided to discuss this very personal part of my life with the highest of hopes that I’ll reach just one follower and they’ll feel like they can relate to me and my situation. There’s comfort in knowing we aren’t alone in whatever we’re going through and I hope some comfort reaches someone reading this who might need it at this very moment. That being said, in the words of Slinky Dog Dog Dash- “Here we go!” 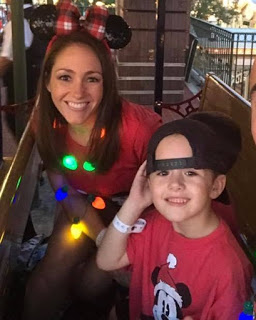 In the Fall of 2016, my oldest son, received an Autism Spectrum Disorder diagnosis. With the ASD, also came the speech delay classification. My world was shattered, and I was heartbroken. Not for myself, but for my son. I immediately thought of every life situation where he might be excluded or feel different and my maternal instincts kicked into high gear from there on out. But here’s the thing, I’m the type of person who would rather find out the truth right away and move forward with a plan of action. Early intervention is key with this type of diagnosis and I was thankful we had that under our belt.

Jack is extremely high functioning. He’s always shown eye contact, displayed signs of affection, he continues to be social with friends and family, and his speech is constantly improving. He always met his “milestones,” and was never non-verbal. At times I’ve not wanted to speak up about this because I feel like we don’t have it as bad as others. This “spectrum” doctors refer to is huge and if you’ve met one child on the spectrum- you’ve met one child on the spectrum. I’ve known families whose children aren’t verbal and every day is a constant struggle. That’s not our reality, but it also doesn’t lessen our situation.

Before we moved to Florida, we lived in Newtown CT. I know the thought that just went through your mind, because when I tell people in person where we’re from, I can see the look on their face. I found out I was pregnant with Jack the day Sandy Hook happened. Fast forward three years later and Jack began his intervention journey at the new Sandy Hook Elementary School. The original school had been demolished and a beautiful new school had been built in its place. Jack was one of the lucky children who was accepted into an all inclusive program where he had access to some of the best teachers, Speech Pathologists and Occupational Therapists we would ever come across. With that cloud that hangs over Newtown, one of the things that came out of it was a question every parent asked ourselves- “How can we teach our kids to be kind to one another?” Not only am I showing my children what kindness is and how we show it, I’m praying to God that the same kindness will be showed to both of them, especially Jack. Lucky for me, the Mouse is big on kindness too.

How does Walt Disney World factor into all of this? The question should be, how doesn’t it? As I walk under the train tracks and onto Main Street, it’s never lost on me the words Walt once spoke: “To all who come to this happy place, welcome.” When Walt said “all,” he truly meant everyone from all walks of life. He knew that he created a place where we could all coexist and escape our reality from the outside world. As a mother, I will tell you that Walt Disney World is the single most inclusive family environement I have ever come across. Disney excudes kindness and acceptance, making it our entire family’s #HappyPlace. 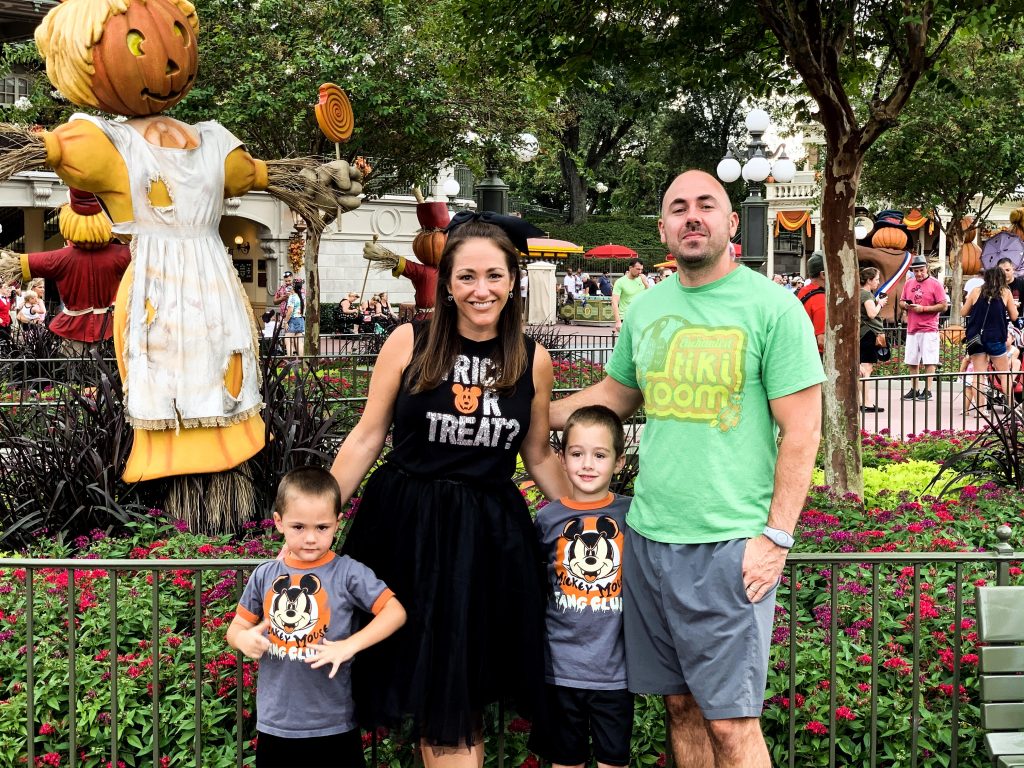 For those of us who have children with special needs, approaching any family vacation takes a bit more planning and consideration. Visiting a place like Disneyland or Disney World may be harder with a special needs child but the rewards can be incredible and far bigger than you ever expected. Thankfully, Disney recognizes these obstacles and has created the Disney Parks Disability Access Service Card (DAS).

DAS allows guests with disabilities at the Walt Disney World Resort and Disneyland Resort to receive a return time for attractions based on the current wait time. Guests Relations at the front of each park will continue to assist Guests and provide assistance that is responsive to their unique circumstances. Disney never asks to see any proof or medical notes of a disability diagnosis. Right there, to not have to pleade my case, makes my mommy heart smile. The pressure that takes off my shoulers is huge. Your child will have to be with you, and a Guest Services Cast Member will take their picture to attach it to their Magic Band.

Ultimately, the key to a successful trip to a Disney park with your special needs child is communication. Disney is not so much interestied in the particular diagnosis as they are more interested in which specific concerns you might have while visiting the park. They want to help guests with disabilities have the best experience possible.

Although I credit early intervention as the reason for Jack’s success in making huge leaps and bounds, I also acknowledge that my husband and I still went on with business as usual. We didn’t hold back with taking him to places or traveling as a family. Sure, I did my research before hand (Which is how I discovered DAS), but we never not carried on. Traveling and taking those family vacations helps children on the spectrum get out of their comfort zone and help them adapt to situations outside of their norm.

Believe it or not, Jack has had several breakthroughs at Walt Disney World and its made me realize Jack is capable of so much more than I ever imagined.

One of our favorite memories of our son was when we were vacationing with my sister and brother in law’s family. They have a son and daughter, and their son is a few years older than both of ours. On this particular day of our trip we were in Epcot, circled around the man who climbs the latter and chairs in France. Out of no where, Jack screamed out our nephew’s name. Nothing prompted it, and until this point, he had never said it. He chose this random moment, to just scream his cousin’s name! It might not seem like a big deal to some that our son called his cousin by his name, but that was a huge vicotry to us. Jack was only in specch thereapy for a few weeks at this time. Our hearts burst, and Disney (along with Jack) had given us this special little memory. We will never forget that moment and everytime I walk through France, I think about it and smile. 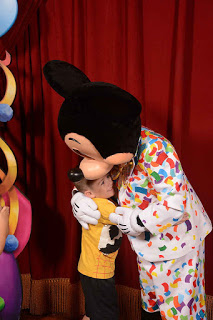 Another breakthrough we’ve had while at Disney is character meet and greets. Jack had been going to Disney World since he was 5 months old, he’s now 6. Up until a few months ago, he didn’t fully participate in meet and greets with characters. It wasn’t that he didn’t want to see them or was scared, I just always had to be there and he wasn’t much of a hugger. My younger son, from day 1, practically runs and hops up into any characters arms- but never Jack. There was no great event that changed his mind but all of a sudden Jack started embracing the characters. After going since he was 5 months old, at age 5 I finally got to see Jack run into Mickey Mouse’s arms. I get to hear Jack communicate with them and tell them he loves them. Again, it might not be a big deal to you, but to our family, it’s a breakthrough. It shows how far he’s come. 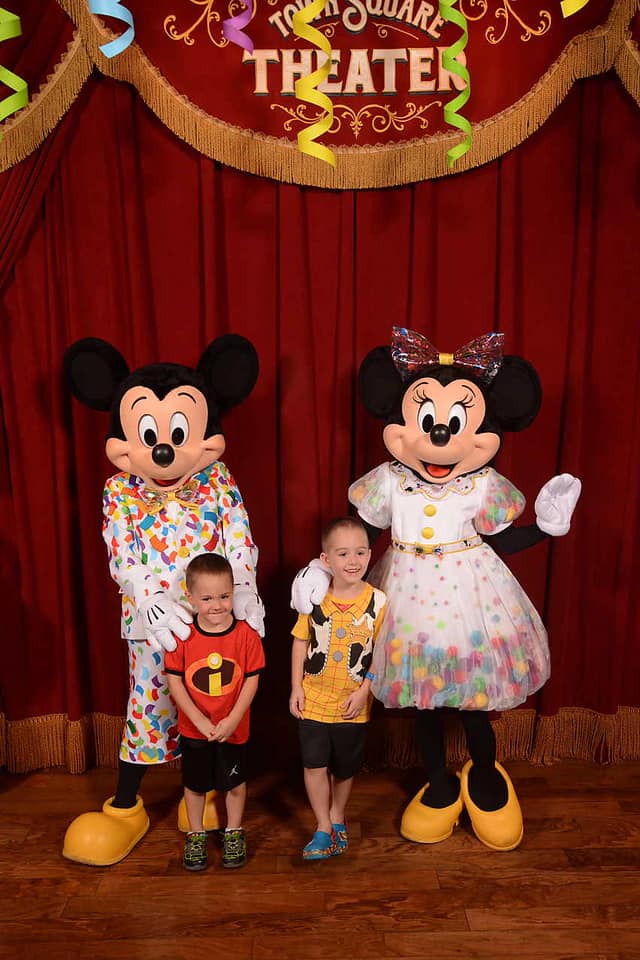 The Walt Disney Company has also opened up my little 6 year old’s eyes to a world he might not have known existed otherwise. Jack has visited Batuu and built his very own droid which he communicates with it on a daily basis, he thinks his mommy is Rey (obviously I don’t object to this, because who wouldn’t want to be Rey), Super Heroes save the planet daily, and because of Brer Rabbit- has learned there’s no place like home (even if it is a briar patch). Above all, Disney has given my son a best friend for life in their beloved character, Woody. We sing “You got a friend in me,” almost every day on the way to school. Every time his speech improves and the lyrics are spoken clearer to the point where he’s able to say every word and I’m able to understand it. As a mother, I am eternally grateful to The Walt Disney Company, Disney Parks and Walt himself. He created this place where my child can be just that, a child. 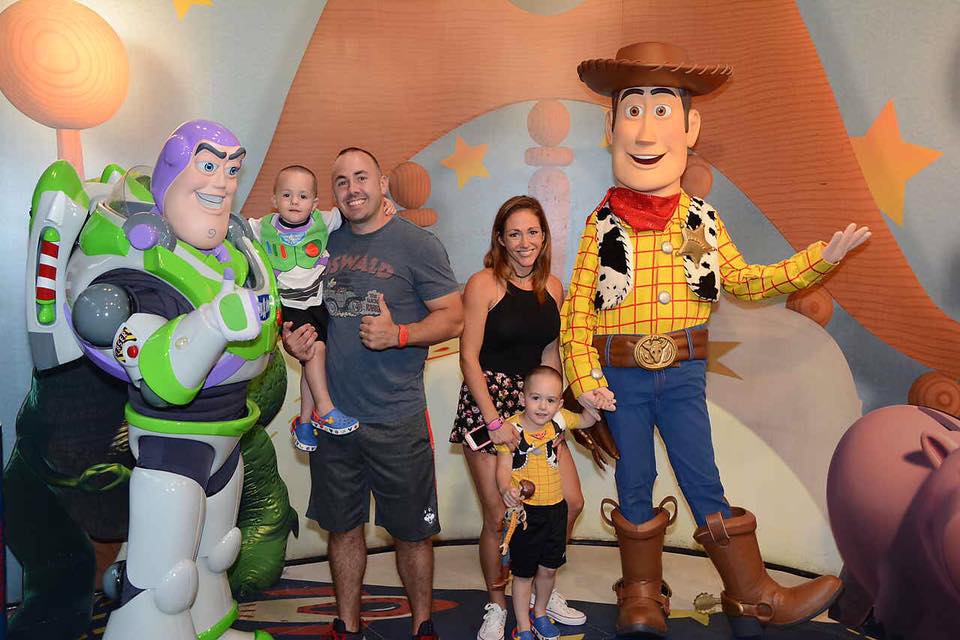 Because we’ve always felt comfortable taking our family to Disney World, we’ve begun raising them to love Disney as much as my husband and I do. At just 6 years old, Jack’s new thing is watching videos on YouTube about the construction of Disneyland and Disney World. He loves to watch as Imagineers slide the pre-made Contemporary rooms into their place during construction. He’s also infatuated with the monorail and has already decided that when he grows up, he wants to be a monorail driver. Specifically, Monorail Red. As a mother, I truly believe he’ll grow up to be an Imagineer one day and I love that as a company, Disney is just as inclusive in their corporate structure as they are their parks.

It’s been my goal with this article to let parents who are in my situation to know that it’s ok. If you’re on the fence about wether or not to take that Disney vacation because you’re scared of the unknown, don’t be. I’ve been to other parks and vacation destiantions, they aren’t even in the same league as Disney when it comes to accomodating guests with special needs. What matters most is at the end of those long park days, when we’re on the brink of exhaustion back in our hotel room, I always look back on the day and there’s never a moment where I’ve felt judged or felt my child was judged. He’s able to do and see everything, because of the system Disney Parks has in place. If it weren’t for DAS, he’d never be able to ride up front on Slinky Dog Dash or even Pilot the Millennium Falcon. I encourage every parent to utilize what Disney has set in place for you and never be afriad to speak up. Every Cast Member, whether they’re selling popcorn or working at Guest Services, will make you feel comfortable and welcome.

Take the trip, they’re only little for so long. With some planning and a little Disney magic, you’ll experience a family friendly inclsuive environement where ALL are truly welcome. Lastly, let’s remember one thing- kindness is free, sprinkle that stuff every where! Especially wherever there’s pixie dust. 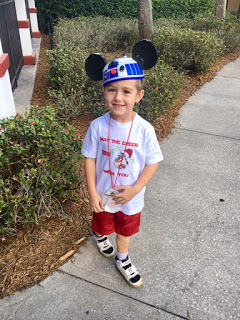