Spring is almost here, and with it comes an annual Disneyland tradition. The Egg-stravaganza Easter egg hunt returns in 2018.

From March 16 through April 1, you can participate by picking up a map and stickers for $5.99 (plus tax) at select merchandise locations throughout Disneyland Resort. Search for special hidden “eggs” themed to Disney and Pixar characters, and record your discoveries by placing the corresponding sticker on the themed Egg-stravaganza map to represent that location. 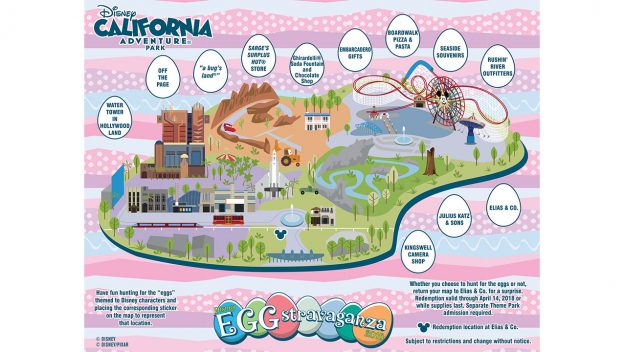