According to the folks over at WDWNT they have gotten word that they survey crews are back at Epcot, this time asking about Figment.

We have been surveyed almost every time we have gone and I don’t mind because I know that they use our information to get a broader idea of what guests want and make improvements accordingly.

But they better not get rid of Figment!

The new questions are geared at how much guests know about and care about Figment. 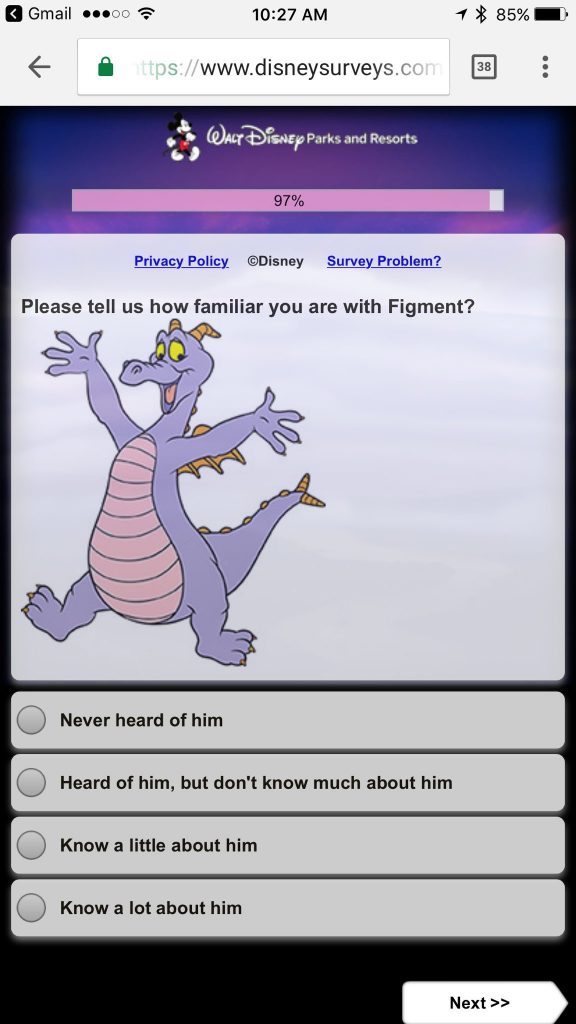 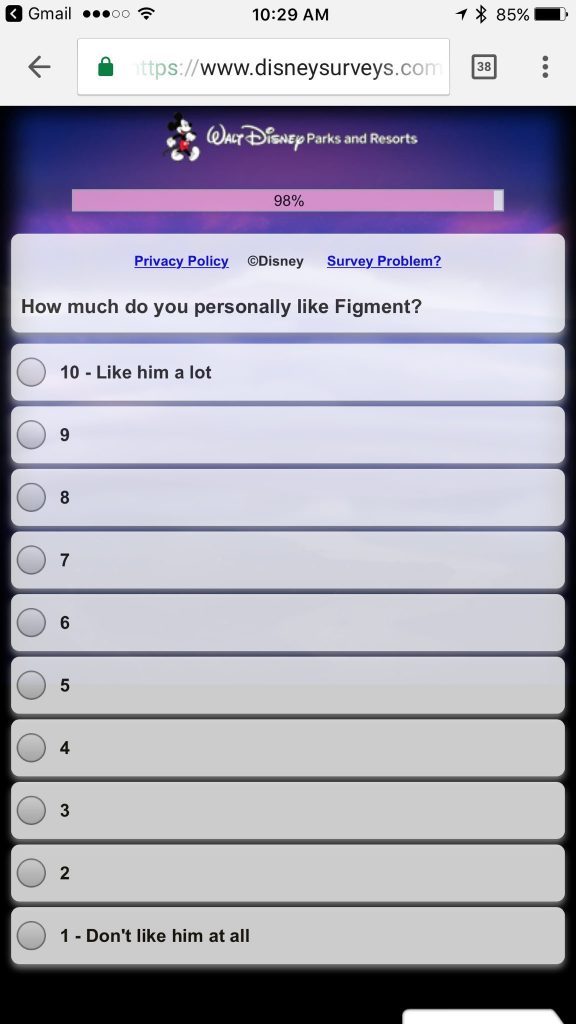 I was lucky enough to have gotten to go to Epcot growing up.  I remember when Dreamfinder and Figment were there from 1983-1998.  He, Dreamfinder, and the pavilion itself was one of my favorite things there.  Sadly, like Horizons and the World of Motion, Journey into Imagination might be going away.

The rumors are that Disney wants to put in a new IP based attraction.  Some have even suggested Inside Out and I say if you want to do Inside Out go reboot the old Wonders of Life Pavilion and put them in where Cranium Command was. Or they could easily combined Inside Out with Dreamfinder and Figment, heck, they could bring Bing Bong back with Figment!

But I digress. Journey into Imagination has had three versions since 1983, with the last redesign in 2002.  The middle version, of which we do not speak, had NO FIGMENT, and that led to massive complaints and the ride shutting down for two years for the overhaul that led to the current version.

I think Figment means a lot to many.  The Jim Shore Figment statue had an online pre-order and it sold out very quickly.

My nephew is autistic and Figment is something that he adores.  He collects Figment things and he is always asking after Figment when any one he knows goes to Epcot.

My husband had never seen Dreamfinder in person, but he loves the idea of Dreamfinder and Figment.  I even made him a costume a few years back for the  Mickey’s Not So Scary Halloween Party.  People went nuts for it.  They love Figment, and a lot of people, want Dreamfinder to come back as well. 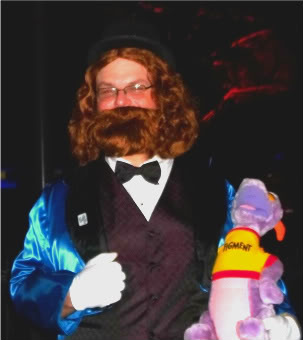 I think we can all agree that the pavilion and ride need a massive overhaul, and Disney has confirmed Imagineers are working on designs to overhaul Epcot.  I just wish they would make a new ride with Dreamfinder and Figment and make it as awesome as the original one was.   Hoping the survey reflects the love for the character and gives him a bigger and better place in the park.

How do you feel about them getting rid of Figment? What would you like to see? Comment below!