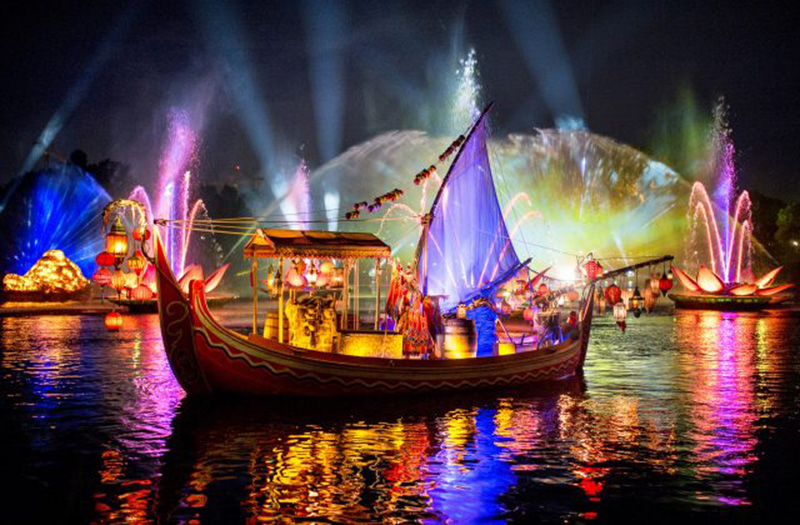 The long-awaited nighttime water show ‘Rivers of Light’ officially opens in Disney’s Animal Kingdom on February 17, 2017. Rivers of Light features fountains, themed floats, and state-of-the art projection technology in what is described as “a celebration of animals and nature.”

While the official opening is February 17, it has apparently had a soft opening as it was live-streamed earlier this evening on the World of Walt Facebook page.

This amazing new nighttime show was first previewed in the summer of 2016, and Disney fans have been waiting with baited breath for an official launch date. Rivers of Light, along with Pandora – The World of Avatar, and the new castle show in the Magic Kingdom means that there will be plenty of excellent new nighttime experiences for your family this spring and summer.

Now, if we could just get a replacement for the Main Street Electrical Parade.

What do you think of Rivers of Light? Comment in the forums!